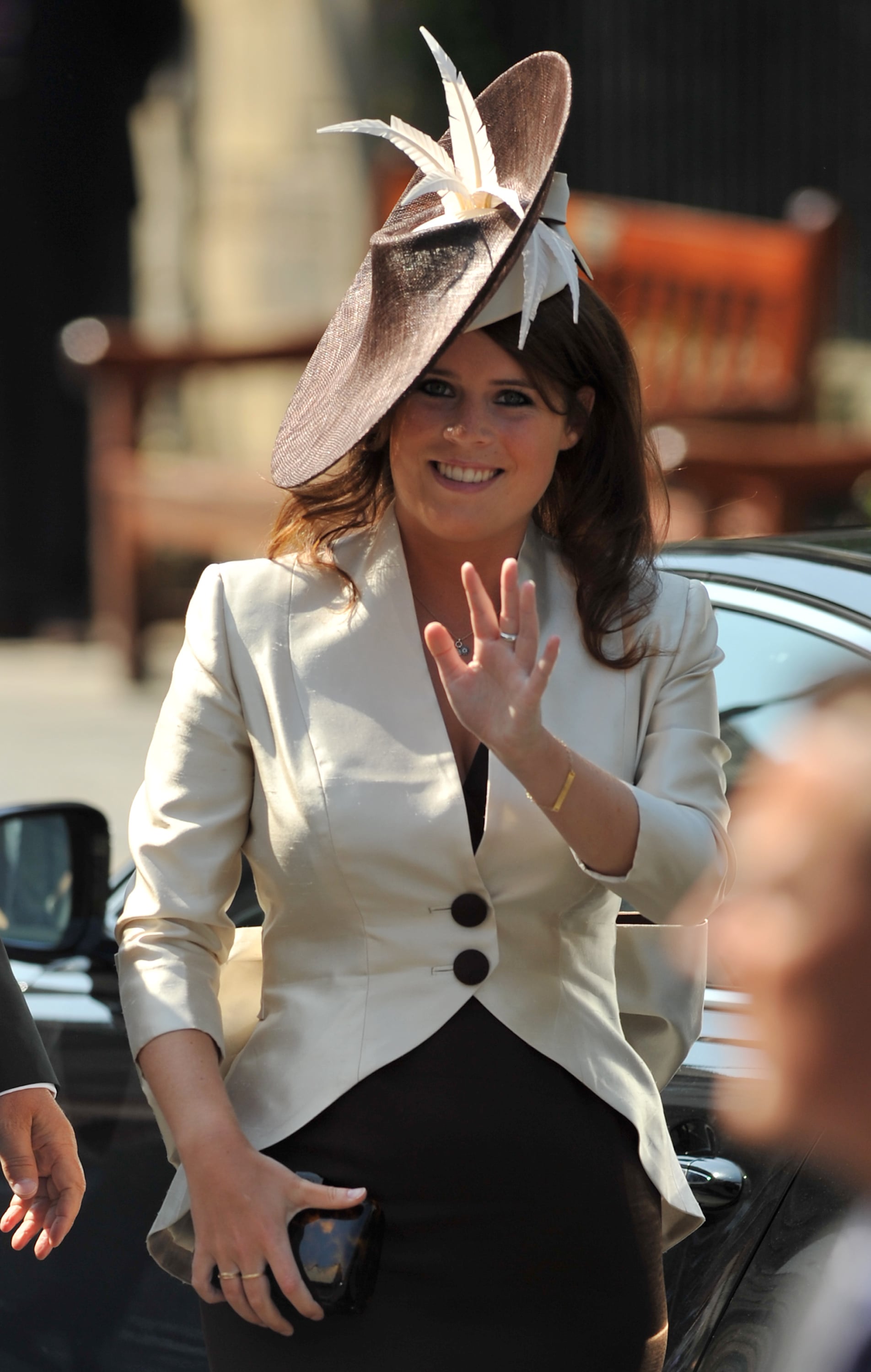 A royal wedding is a time for celebration, Union Jack flags, public kisses in front of adoring crowds . . . and absolutely bonkers hats. When Prince Harry marries Meghan Markle on May 19, it might be an atypical royal wedding in many ways, but one thing is for certain: we'll see all manner of exotic toppers on the guests at Windsor's St. George's Chapel. (Of course, we can't wait to see what Princesses Beatrice and Eugenie, lovers of silly hats, come up with.)

But all the pomp and circumstance may have you wondering: why do royals wear hats to weddings? The answer lies in both royal protocol and British wedding protocol. As Hilary Alexander, fashion director at The Daily Telegraph, told ABC News, "When it comes to a special occasion in British society, the special occasion is not complete without a hat."

In fact, the tradition of upper-class British people wearing hats is centuries old, and it wasn't until the 1950s that it was considered socially appropriate not to don one. However, while common folk slowly abandoned the tradition, the custom has endured for protocol-loving royals — not just during the so-called British "season" of fancy-pants events like Royal Ascot and the Cartier Queen's Cup polo match, but at weddings, too. According to Debrett's Wedding Guide, while hats are traditional, they're not technically required.

Lest you think that just any hat will do, take note: there's a difference between hats and fascinators, with the latter considered gauche by some.

"Mass production means that they became so cheap to produce that now they are no more than headbands with a feather stuck on with a glue gun," celebrity milliner Philip Treacy told The Times. Royal Ascot also banned the headpieces in the Royal Enclosure in favour of proper hats with a base of at least four inches in diameter.

One thing's for sure: whether they're sporting hats or fascinators, with such a posh guest list, we're all but guaranteed to see some incredible headwear at the royal wedding.