You'll Be Shocked at How This Brand Advertises Plus-Size Trousers

International shopping website AliExpress has found an unusual and controversial way to advertise its plus-size leggings. The bottoms, which range in size from 3XL to 5XL, are worn by a woman whose entire body is squeezed into a single pant leg.

After the odd modelling shots went viral on Reddit, users were puzzled. Some commented that the choice was belittling and insensitive to potential buyers, while others suggested that the agency lacked the time and money to hire additional models. Strangely enough, the post does include a second model fitting into the leggings normally, but those photos were not prominently displayed on the page.

As of now, the jewel-toned leggings have a 100 percent satisfaction rating (with all of three purchasers weighing in). Still, would you buy these £7 designs based on how they look on the model? Our guess is probably not.

Read on to see the images that have everyone talking, and weigh in on the big question: should AliExpress have used a plus-size model instead? (We can think of plenty of stunning women who could've taken a stab at it!) 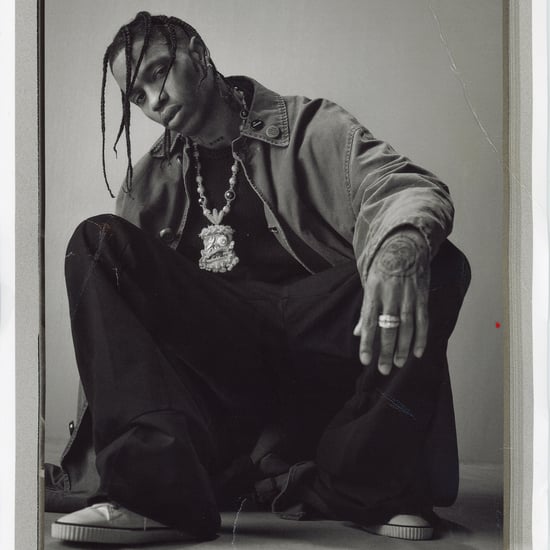 Fashion Collections
Straight Up! Travis Scott Is Creating a Menswear Collection With Dior
by Nikita Charuza 15 hours ago