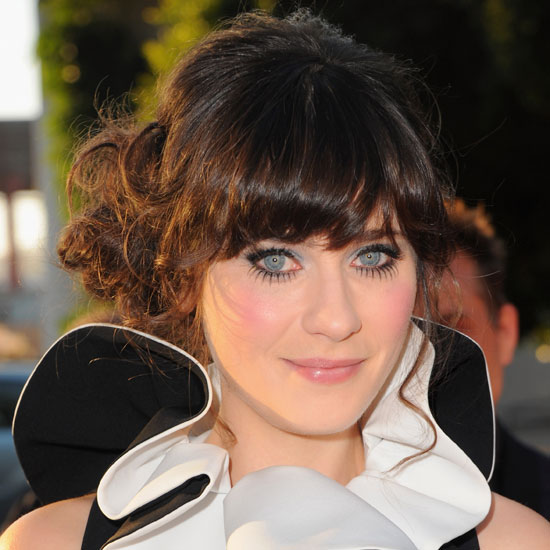 Besides being a multitalented actress and singer, Zooey Deschanel is famous for her Kewpie-doll looks, choppy dark bangs, and offbeat sense of style. At last night's premiere of Our Idiot Brother in Hollywood, she stuck to her signature look, wearing a graphic black and white dress with a strong collar, a tousled side bun, and pretty, '60s-inspired makeup. As for those mile-long lashes, she appeared to be wearing false lashes on both her upper and lower lash lines, making for a dramatic, doll-like look. Tell us what you think: is it a cute look for Zooey, or is it too much?

Source: Zooey Deschanel's Doll-Like Lashes: Love It or Leave It?