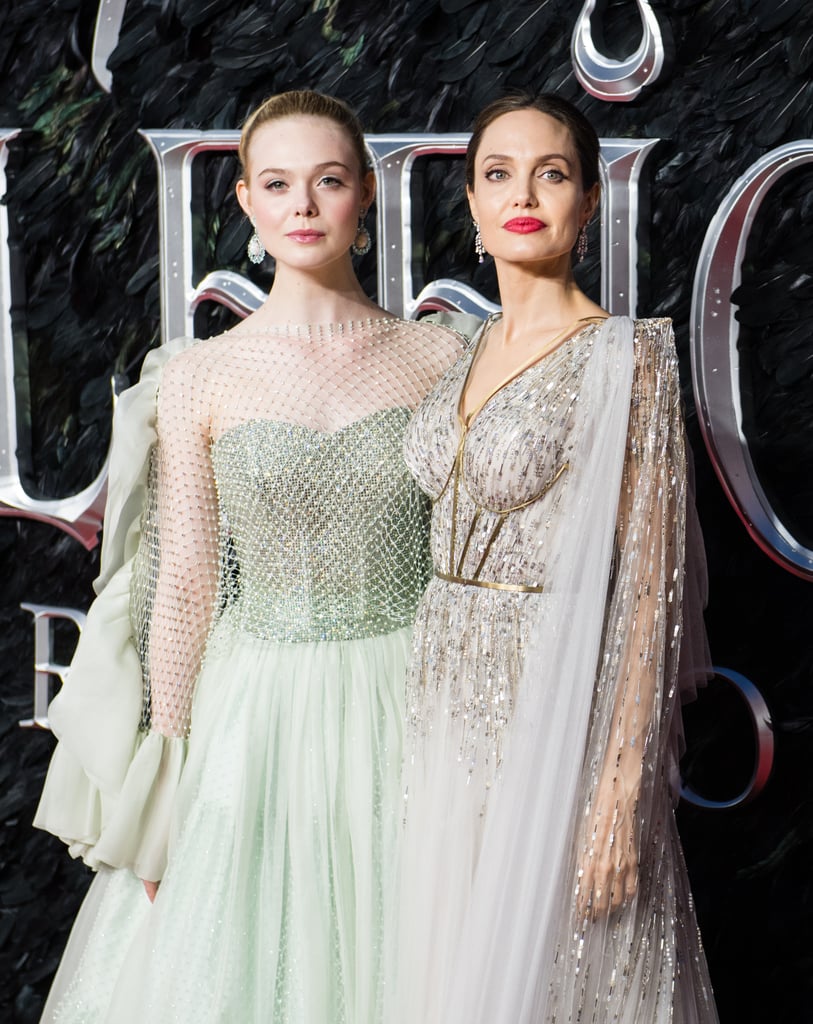 We knew the Maleficent: Mistress of Evil press tour was going to serve up some serious looks, and Angelina Jolie and Elle Fanning have definitely not disappointed. Angelina's given us plenty to swoon over, including a sexy strapless Versace gown, a flirty Ralph & Russo flapper dress, and a dramatic Givenchy top, but it looks like both she and her costar saved the best for London. Hitting the red carpet for the movie's premiere at the IMAX in Waterloo, both stars were truly stunning in embellished gowns.

Angelina's pale silver dress came courtesy of British couture brand Ralph & Russo, and the custom design featured lavish beaded embellishment on layers of tulle, with a draped cape that framed her back tattoos perfectly, almost making them look like they were part of the gown. Gold cage detail on the front of the bodice gave the dress an armoured feel, which added a very Maleficent-esque toughness to the otherwise floaty and ethereal gown.

Related:
Angelina Jolie Looks So Regal in London, We Almost Confused Her With a British Royal

Speaking of ethereal, Elle Fanning was the perfect fairy princess in her mint green Armani Privé gown, which was customised especially for her and featured a jewelled mesh overlay with a ruffled trim — the perfect counterpart to Angelina's dramatic floor-length cape. Both looks were stunning and perfectly kept with the characters the actresses play in the movie. We're finding it difficult to decide which one we love the most. Keep reading to take a closer look at each gown from all angles for yourself, and see if you find it any easier to make a decision.

Billy Porter
Billy Porter Asked Fans to Re-Create His Met Gala Outfit, and the Outcome Is Spectacular
by Nikita Ramsinghani 1 week ago

Celebrity Beauty
If You Thought Marsai Martin's Blunt Bob Was Chic, Just Wait Until You See It From Behind
by Danielle Jackson 3 weeks ago 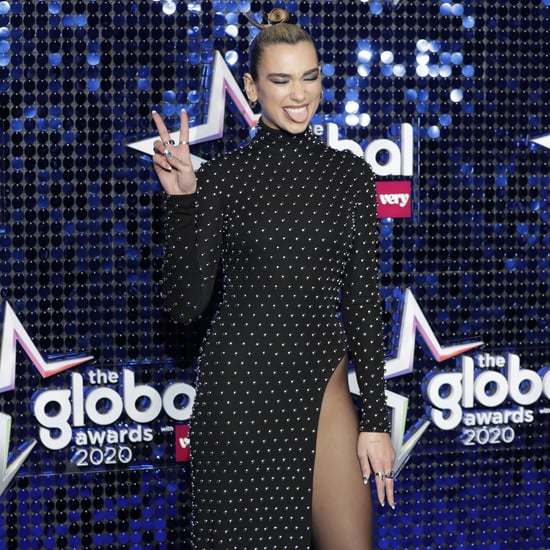 Sexy Fashion
Angelina Jolie Step Aside, Dua Lipa's Risqué Leg Slit Goes All the Way Up to Her Hips
by Kara Kia 3 weeks ago