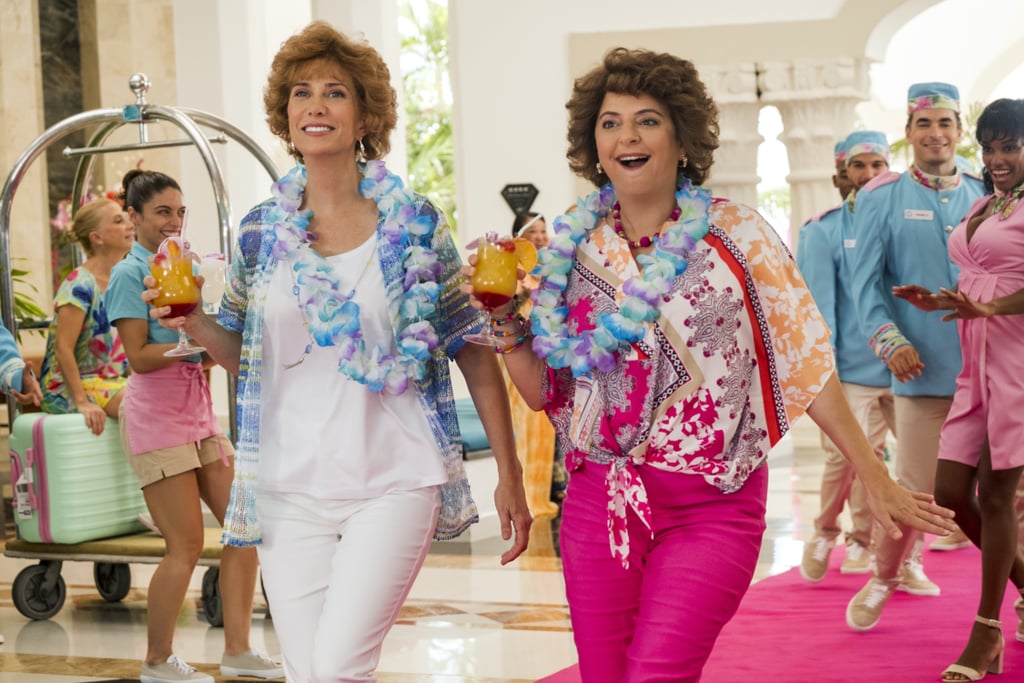 Barb & Star: Beyond the Culottes and Into the Depths of Their Hilarious Holiday Style

Believe it or not, Barb & Star Go to Vista Del Mar costume designer Trayce Gigi Field custom designed both sets of culottes that Barb (Annie Mumolo) and Star (Kristen Wiig) wear in the film. We hear best friends Barb and Star reference their culottes quite often — they have their dress-up dinner pairs, and their more casual holiday pairs — so that's really telling of Field's connection to the characters. She gets them. She knows them! Barb and Star are just two gals from the midwest who are bored with their everyday lives and craving some good old fashioned fun. "The culottes are Barb and Star's special holiday piece! These ladies build every holiday outfit based around their culottes. I mean, who doesn't love a culotte? It's their idea of the quintessential holiday outfit piece," Field told me.

Naturally, the colourful wardrobe will be half the reason for that huge, goofy smile on your face while you sit and watch the hilarious comedy. It's not Bridesmaids, but it will make you laugh like you do when you watch Bridesmaids, and that's because Wiig and Mumolo are the writers behind the tale of this very important friendship. You probably won't be surprised to learn that they wanted to be very involved in the shopping for their masterpiece, which also stars Jamie Dornan.

"Kristen and Annie had tons of input about the costumes. I presented illustrations and shopping racks and we built outfits from there. The dress up dinner culottes and finale culottes were script derived. I sourced fabric that I felt reflected both characters and I feel so proud of the final products. They are best friend perfection," Field explained. She's certainly right! Ahead, find out more about the looks in the movie — we know you're curious about all the typical "mom" swimwear and splashy cover-ups — and get a sneak peek at some of our favourite style moments. Barb & Star will be available to stream on Apple TV, Amazon Prime, and most cable providers on February 12.