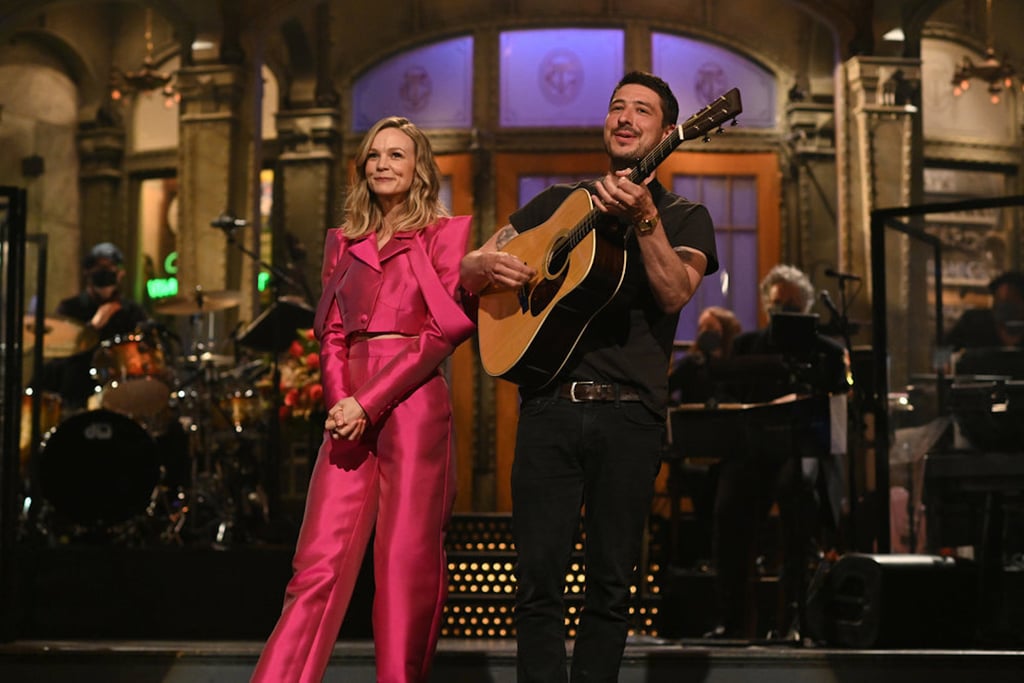 Carey Mulligan Wore This Hot-Pink Suit on SNL, and It's Malibu Barbie Worthy

ICYMI: April 10's episode of Saturday Night Live was full of fashion — just take a look at actress Carey Mulligan. The star, who hosted last weekend's episode, opted for a hot-pink suit during her opening monologue. (Her husband, Marcus Mumford of the band Mumford and Sons, also joined her on stage — cue the awws!)

Carey's look was from Jason Rembert's line Aliétte. The bright wool suit was from the brand's FW21 line. It featured a cropped jacket with two bows going over her shoulders, and she matched the look with high-waisted trousers. Amanda Gorman recently wore the brand for her Vogue cover story in the May issue. As for Carey's accessories, she wore a pair of Alexandre Birman Silver Willow 100 Sandals that cost $595.

We loved the bright colour of Carey's outfit, and it reminded us of something a modern-day version of Malibu Barbie would wear. She wasn't the only one making fashion statements during SNL, as Kid Cudi's outfits appeared to honour both Nirvana frontman Kurt Cobain and the show's former cast member Chris Farley. Keep reading to get a closer look at Carey's outfits from all angles.