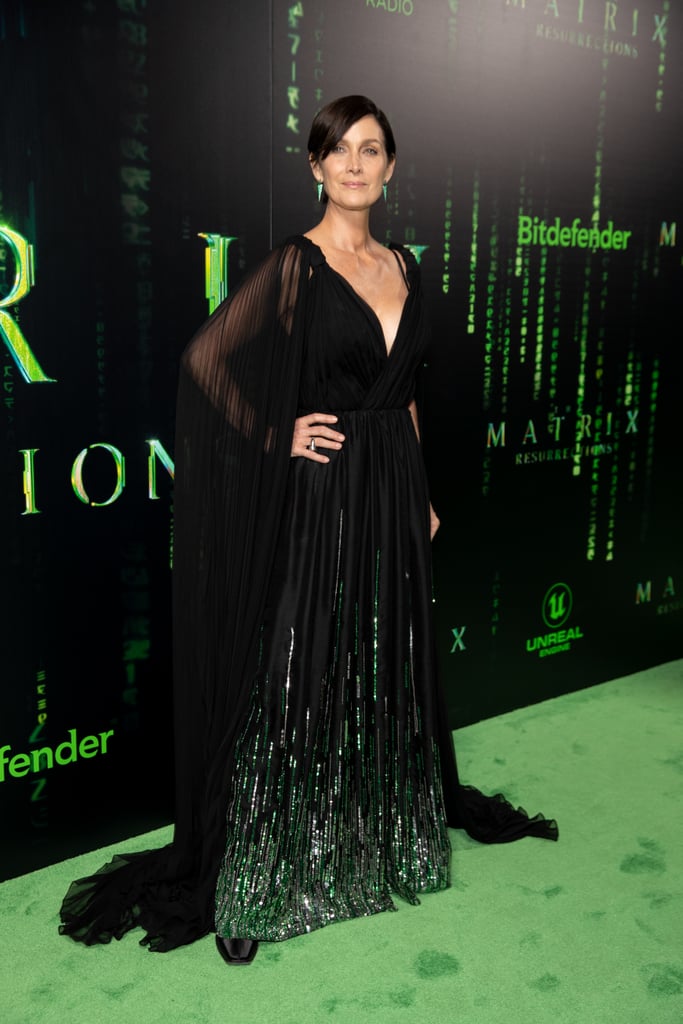 Carrie-Anne Moss arrived at The Matrix: Resurrections premiere in California and assumed the role of best dressed on the red carpet with ease. Known forever in our hearts as her character Trinity, Moss wore an Oscar de la Renta couture gown to debut the fourth instalment of The Matrix film series.

Moss's dress had us immediately mesmerised. The black gown featured Hellenistic-inspired draping, ruching, and caped sleeves. With a plunging neckline and a cinched waist, the custom dress boasted silver and green sequin embroidery that started at the hemline and moved upwards, as inspired by the movie's signature Matrix code. Within the code itself, and if you're able to zoom in close enough, you'll find that that the name of the maison "Oscar de la Renta" is delicately embroidered throughout the Matrix-code sequins. Moss completed her outfit with black satin boots, sparkling green, dagger-shaped drop earrings, chunky silver rings, and minimal makeup. Keep reading for a closer look at Carrie-Anne Moss's Oscar de la Renta Matrix gown at The Matrix: Resurrections red carpet premiere. 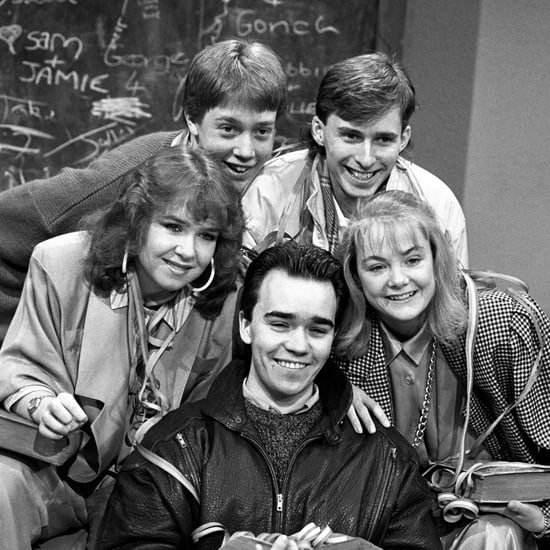 Lucien Laviscount
Grange Hill Is Returning to Our Screens Next Year, but There's a Twist
by Tori Crowther 1 week ago

Celebrity style
All Hail Zendaya, the Queen of Fashionable Spider-Man References
by Victoria Messina 3 weeks ago 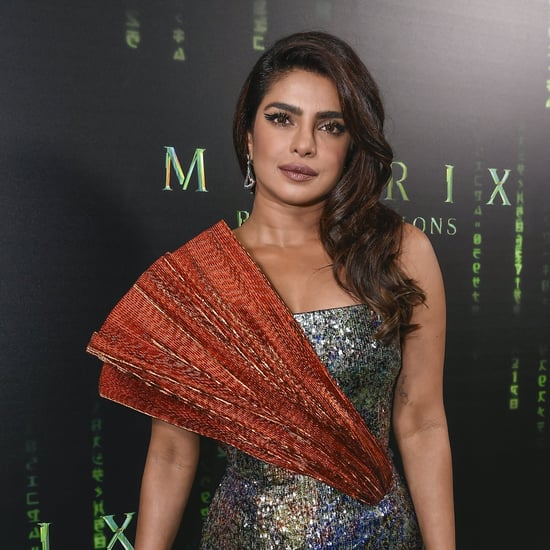