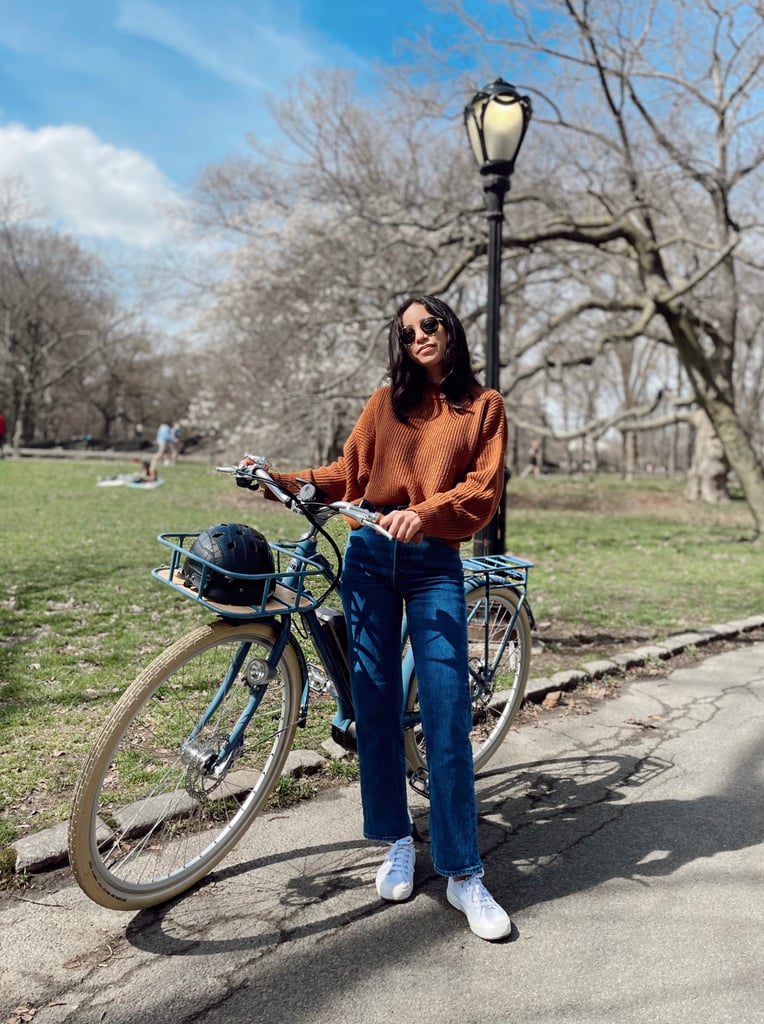 In the 1995 cult-classic film Now and Then, there's a scene where the four main characters ride bikes and sing Tony Orlando's "Knock Three Times" at the top of their lungs. The iconic moment plays on a loop pretty much every time I see a bike. Furthermore, it set the tone for what an achingly chic bike ride looks (and sounds) like. One thing I can't help but notice, though, is the fact that none of the aforementioned actresses are wearing bike helmets. Not one! Sure, they're pedaling down an empty road in the suburbs of Indiana, but what if a truck whizzes by? The Wormer brothers could come out of nowhere, armed with water balloons. Over three decades later, the lack of protective headgear still plagues my mind.

For this reason — in addition to general safety protocols — I always wear a helmet. And thankfully, there are tons of seriously stylish options out there, so you don't have to sacrifice aesthetics either. As a willing participant of the pandemic bike boom, I'm the proud new owner of a Sawako helmet, modelled here with a Bluejay electric bike. Made of faux crocodile leather, it's hand-finished with stitching and has ventilation holes to prevent overheating (and helmet hair). In my humble opinion, it's so cool-looking that it'll persuade the most vocal helmet naysayer.

The Tokyo-born, London-bred founder Sawako — who used to commute by bike to her architecture job — started her namesake brand because she was displeased by the limited helmet options. "I wanted to create something stylish that could be a part of my outfit without compromising safety," she told POPSUGAR. Since launching in 2008, Sawako has sold tens of thousands of her sleek, eye-catching styles, including the new Stardust Gold and Stardust Silver, featuring a velvet-y fabric and subtle yet sparkly glitter star pattern (there's already a waitlist for both, in case you were wondering). Even Pippa Middleton is a fan.

Given the current cycling craze, I've rounded up a selection of the most fashionable bike helmets available to shop now. See you in the bike lane.