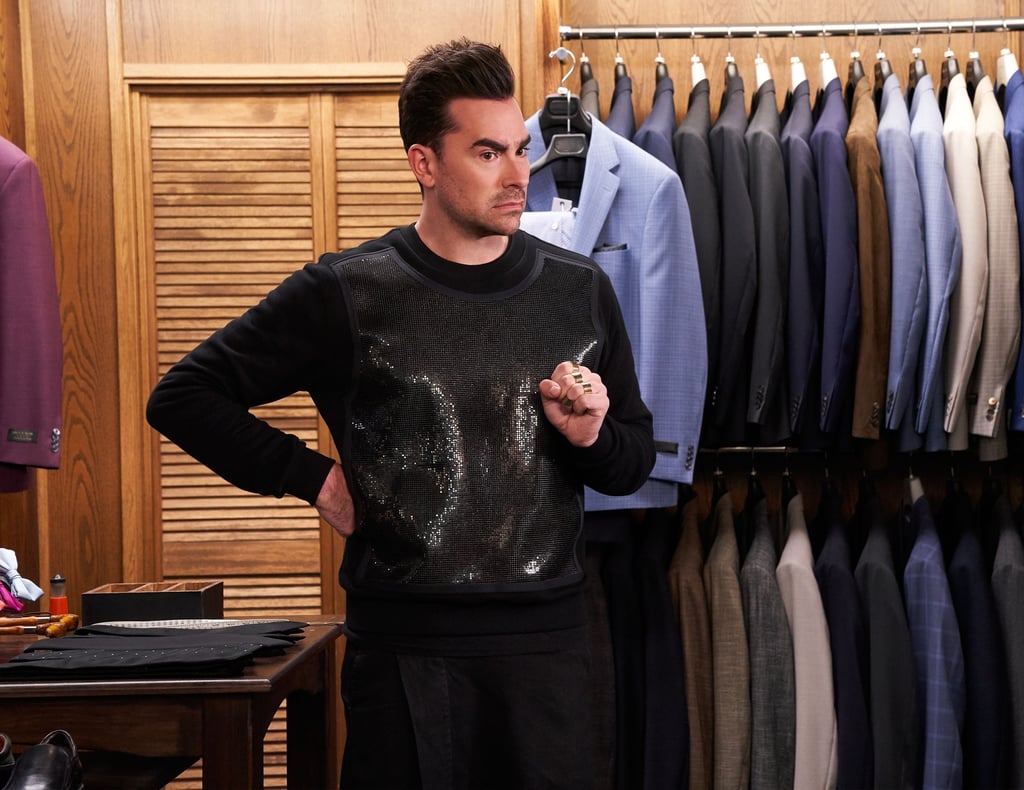 9 Holiday Sweaters We Went Shopping For, Thanks To David Rose's Outfits on Schitt's Creek's

If you've watched Schitt's Creek, you're probably aware of the many sweaters and sweatshirts Dan Levy's character David Rose has worn on the Emmy-award winning TV show. Along with his affinity for sarcastic one-liners, we've also fallen for his unique sense of style, which is pretty perfect for this year's holiday season.

While his fashionable mother, Moira Rose, has pajama dressing down pat, David has a sea of sweaters that could actually work for the holidays. Sure, he loves wearing black, but that doesn't mean his sweaters are simple or boring. In fact, they're quite the opposite. He's worn everything from a black sequinned sweater that's an easy way to add some shine to your holiday ensemble to a simple distressed number that's ideal for the "I'm not trying too hard, I just look this effortless" vibe. If you're looking to make a bold statement, why not dress up in an avant-garde deconstructed sweater à la David?

Ahead, we're showing off nine moments where David's sweaters stole the show. We've even shopped out similar ones if you're feeling inspired to dress up like him for the holidays.

SAVAGE X FENTY
The New Savage x Fenty Drop Looks Like a Sexy Garden, and Honestly, It Works
by India Yaffe 4 days ago