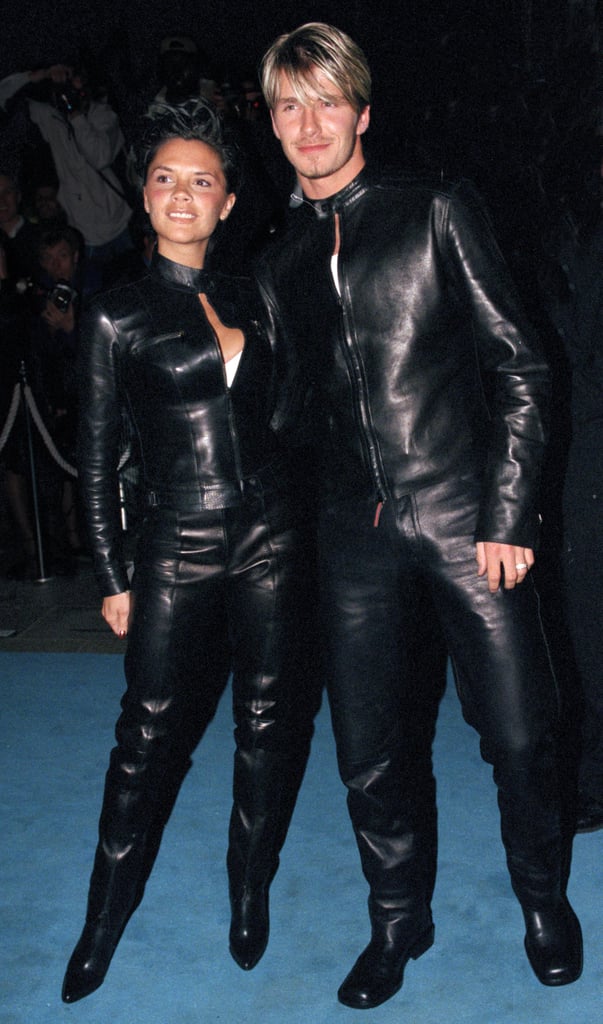 David and Victoria Beckham pioneered '90s couple style in a way we hadn't really seen before. Posh and Becks were fashion icons in their own rights, but once they started dating in 1997 — and debuted coordinated couple outfits — our love for them went to a whole new level.

In the late '90s and early 2000s, Posh and Becks were shaping their individual styles while creating a shared couple aesthetic. Victoria would often wear some defining fashion pieces of the decade — chain mail, halter tops, chain belts, trucker hats, gradient sunglasses, and her own collection of animal-print details. David's style would revolve around looking like he was straight out of a '90s R&B music video, with some sporty tracksuits, varsity shirts, and an occasional silk hair scarf in the mix. Once the Beckhams moved into the 21st century, their styles got more polished. David wore more suits on formal occasions, and Victoria was seen in blazers and corsets.

"I used to wear lots of structured dresses with corsetry, and I do still have some of those dresses, but my personal style has become more relaxed," Victoria told The Guardian about her style evolution. "Looking back, I guess it was a sign of insecurity that I would always wear clothes that were very tight, very fitted.

"As the business took off and I got busier, my style changed, because I just can't run around the studio doing everything in high heels. I'm juggling a lot: being a mum, being a wife, being in the studio every day. I remember one time at a show in New York where I wore a pair of masculine trousers and trainers, and everyone went crazy, 'Oh my God, she's wearing trainers!' My confidence has definitely grown as I've got older. I know what works on me, what looks good, what makes me feel confident and comfortable. I don't feel I have anything to prove now in the way I dress."

Ahead, relive the couple's best coordinated fashion moments from the late '90s and early 2000s.