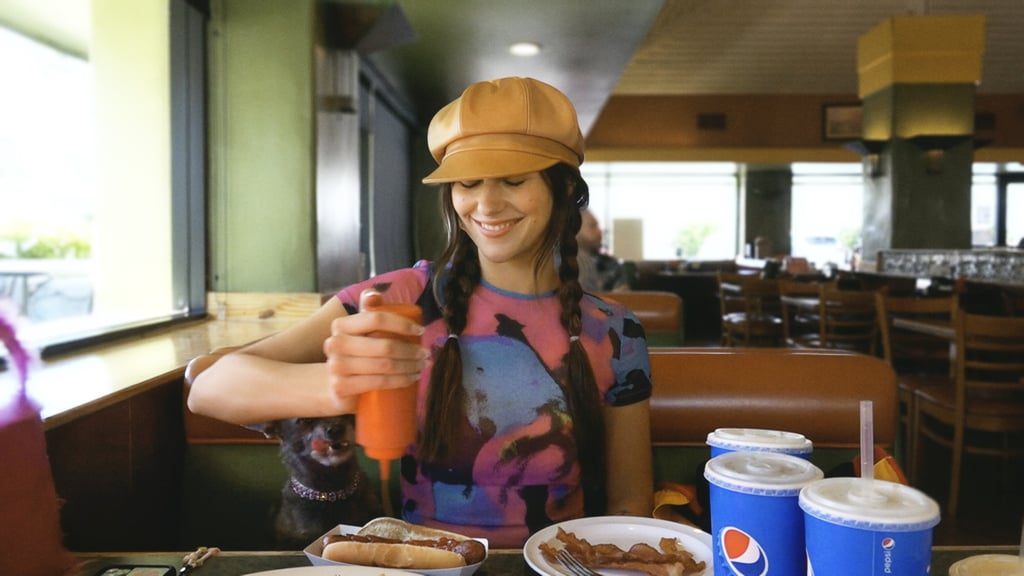 Devon Lee Carlson, bona-fide fashionista and Wildflower Cases founder, has teamed up with sustainable hat brand Lack of Colour for a Y2K-inspired collection. When you take a look at the hats and the campaign, it's hard to miss the nod to Britney Spears's '90s cult classic movie Crossroads. The LOC x DLC collection features three new styles which are influenced by California's cool vibes and '90s nostalgia.

One of the hats, a faux suede newsboy style called The Britney Cap, is an homage to the pop singer's iconic 2000s wardrobe. There's also "The Devon Cowboy," which is a cowboy hat made of raffia straw featuring a custom beaded band with pastel pink and yellow flowers and hearts. Lastly, "The DIY Bucket" is a reversible bucket with printed plaid on one side and beige canvas on the other. Another cool feature? Each hat also features a swing tag that doubles as a zero-waste daisy chain that can be used as a bracelet or anklet!

Keep reading to take a look back at some Crossroads pictures, the nostalgic campaign imagery, and shop out the pieces ahead.