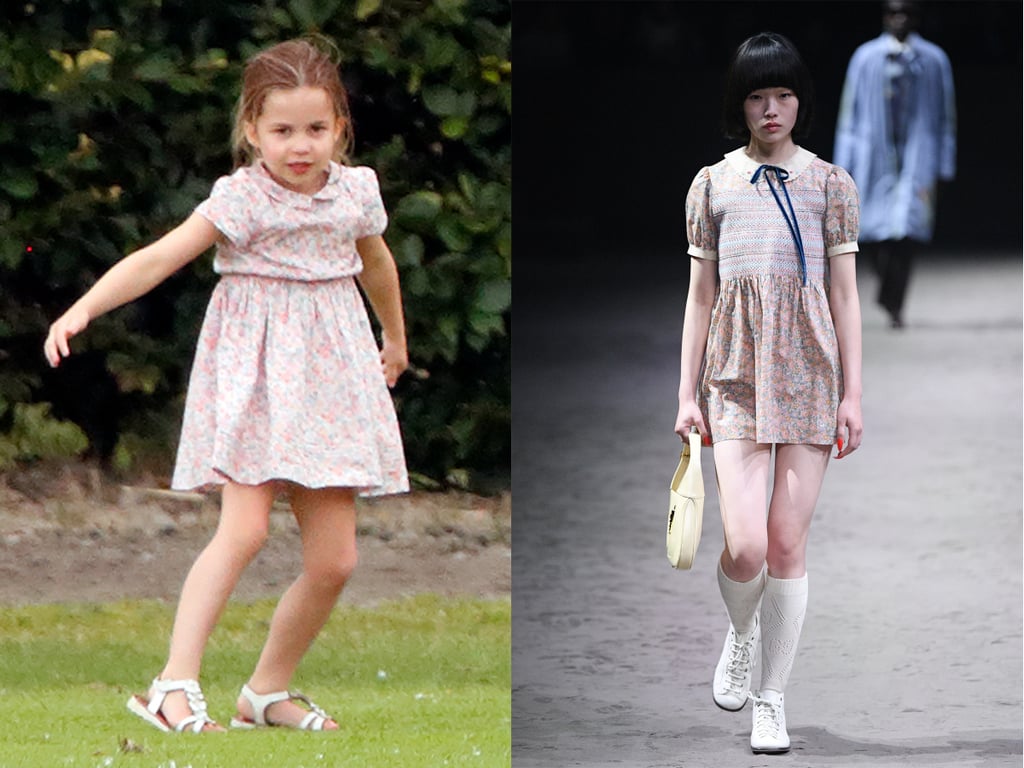 It's undeniable that Gucci designer Alessandro Michele drew inspiration for his latest collection from a newcomer to the fashion world. And to classify her as such isn't to say that she hasn't been a style icon since the day she was born; it is more that the petite royal has only lived on this earth for a mere four-and-a-half years. It is, of course, Princess Charlotte that we are talking about, and — yes — Gucci's menswear Fall/Winter 2020 collection of Peter Pan collars, mock dresses, and double-breasted coats seemed as though it had been ripped right from her London wardrobe. Charlotte's late grandmother Princess Diana would have been proud of the nod of approval from the world of high fashion.

While Alessandro hasn't spoken specifically to Charlotte herself, he instead made reference to another British staple in the world of elegance, telling Vogue only of his Liberty of London reference: "Of course, liberty means freedom, so I decided to be a bit playful with this side — and it is a fantastic store, you go back to your childhood to be in it."

From florals to elegant silhouettes of deep black and everything in between, find all the Gucci looks that have Charlotte written all over them, and how we're shopping the looks now, ahead.