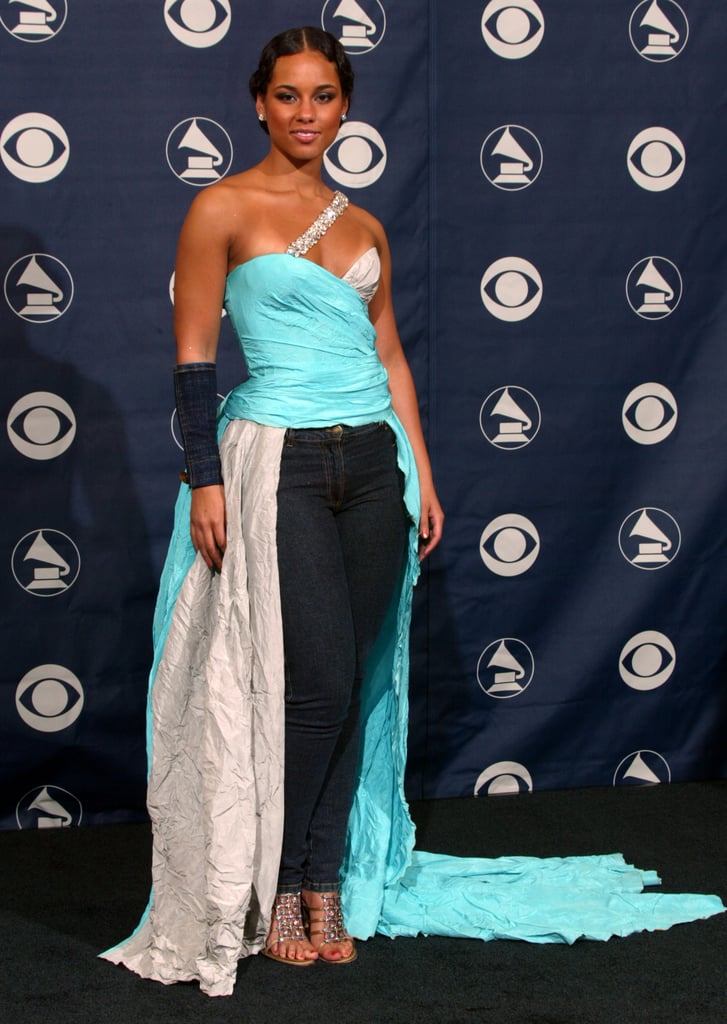 My Question to the Early 2000s — Why Did We Dress Like This?

The early 2000s was a strange time for pop culture. A time where women kissing was seen as shocking (Britney, Christina, and Madonna at the 2003 VMAs), but using people and pets as accessories wasn't (Gwen Stefani's L.A.M.B, and Paris Hilton's Tinkerbell). The early aughts was bizarre, for sure, especially between 2003 and 2006, which created some of the worst personal style of the past century. Yeah, it was that bad, which is why we absolutely love it.

Early 2000s fashion sense might be trash, but it was totally iconic. We had a strange obsession with really long torsos. Not sure where that came from, but all signs seem to point to the debut of The Simple Life in 2003. Paris Hilton made Juicy Couture track suits, tiny dogs, and flip phones the height of cool. But a year prior, Christina Aguilera released her career defining hit "Dirrty", which saw a boost in celebrities sporting midriff-baring crop tops and streaky highlights on the red carpet. Then, Laguna Beach premiered in 2005 and set the groundwork for the UGG-wearing, pumpkin-spice-latte-drinking women on today. Arguably, Lauren Conrad's greatest contribution to fashion history was the "pouf" hairstyle and the revival of the "going-out top" with jeans. Gosh, were the hairstyles bad, but nothing was worse than our obsession with wearing low-rise jeans with everything — even floor length evening gowns. Accessories-wise, it was all about the chain belt, the baker boy cap, and covering everything in Swarovski crystals.

A decade that started with Britney Spears and Justin Timberlake's matching denim-on-denim couples outfits at the 2001 American Music Awards and ended with the premiere of Keeping Up With the Kardashians and their smoky eye beauty look in 2007 was bound to be one for the books. Ahead, 12 of the best and worst fashion trends from the early aughts — which one were you guilty of wearing?