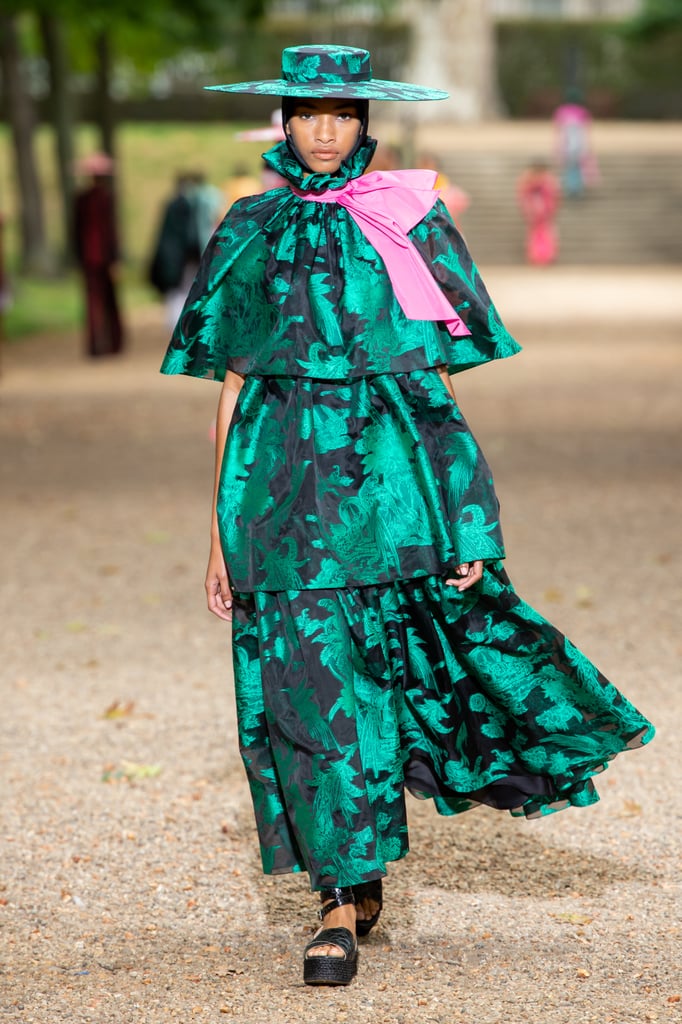 Erdem Moralioglu can never resist looking to history to find intriguing people to inspire his collections. Last season, it was a pair of Victorian cross dressers known as Fanny and Stella, and this time around, the designer stumbled upon Italian photographer, silent film actress, and political activist Tina Modotti, who provided all the inspiration the designer needed to put a revolutionary spin on some of his key silhouettes.

The designer, who's known for dressing the likes of Keira Knightley, Carey Mulligan, and the Duchess of Cambridge, has always had a penchant for modest dresses in rich prints and brocades, often with puff sleeves or ruffles. This time around, he also experimented with embroidered cottons, likely to be inspired by the years Modotti spent in Mexico. His muse was also said to have worn her own brand of vintage, dressing in old Victorian designs during the 1920s, which gave Erdem free rein to go back to his most beloved silhouette time and time again, finished with neck scarves and chandelier earrings for the full runway effect. There was plenty here to keep his fans happy (we're waiting for Kate to step out in the black chiffon gown with tiny blue and pink flowers) and enough to garner some new ones, too. Keep reading to see the full collection.

Celebrity Style
Madison Bailey Trades in Her Casual, Surfer-Girl Style For This Electrifying Versace Skirt
by Sarah Wasilak 11 hours ago