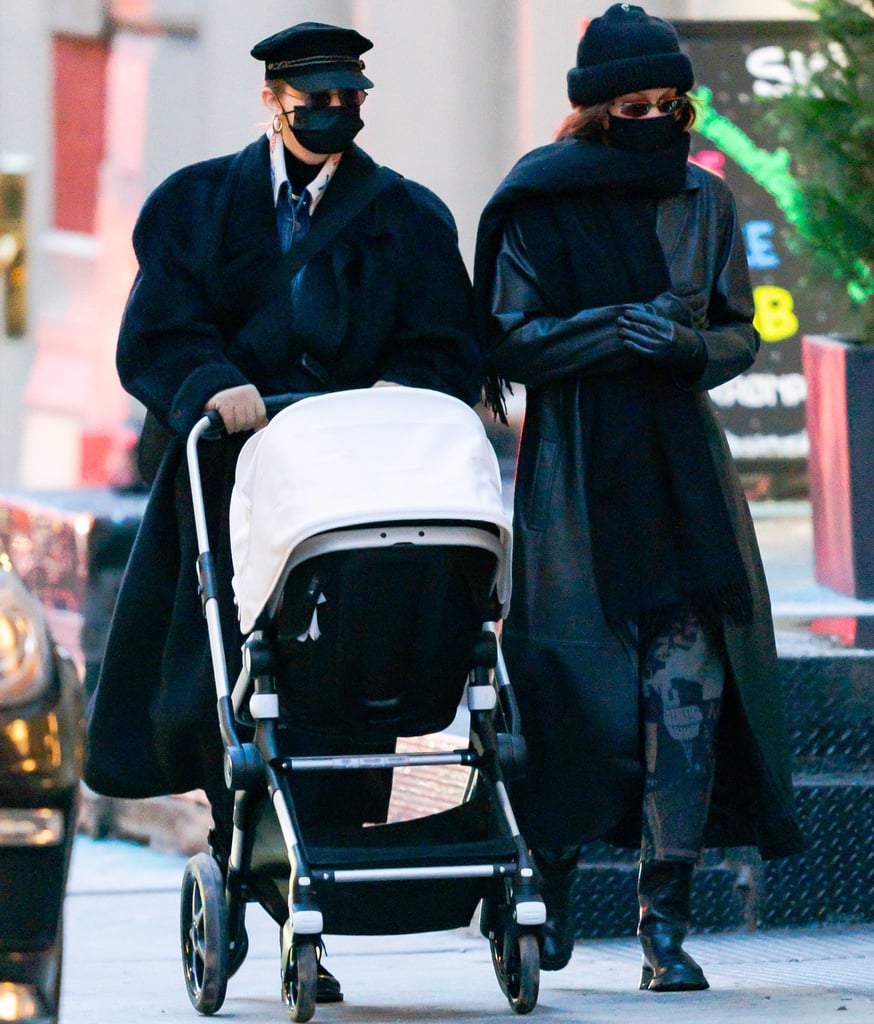 Gigi Hadid invited her sister, Bella, for a walk around New York City with her new baby. Gigi's been slowly but surely sharing photos from her camera roll, both of her pregnancy and of family time with her partner Zayn Malik and their daughter. But Bella's the cool, new aunt, and it appears she has the wardrobe to match that description while carrying out her duties in the Big Apple.

Bella wore a pair of colourful newspaper print slacks, lug sole boots, a long, leather coat, oversize scarf, beanie, and sunglasses for the chilly winter stroll. It's unclear if new mum Gigi asked her sister what she had on before leaving the house, but she just so happened to match, covering her denim jacket with a thick wool coat and a messenger bag that likely held all the baby essentials. Gigi accessorised with a newsboy cap, taupe gloves, and combat boots — the tailored, more menswear-inspired complements to Bella's sportier street wear — and finished with a pair of gold hoops.

Now, we are absolutely positive Gigi's daughter was wearing all-black too, to match her supermodel mum and aunt, because she had to be, right? OK, even if she wasn't in a chic leather onesie from Alexander Wang, the Hadid sisters still looked pretty suave while out with the stroller, and that's enough to make us smile.