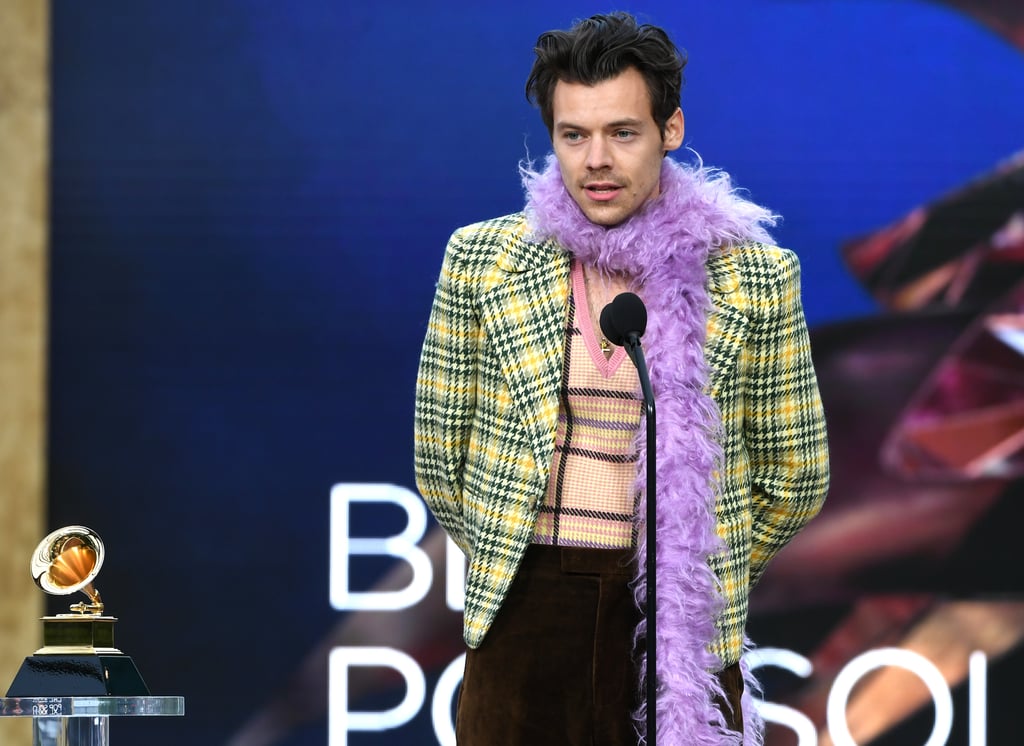 Harry Styles is one sly chap. The singer captured our attention by wearing not one but three different boas to the Grammys, but they were all just a fuzzy distraction from the true accessory du jour: his necklace. While attending and performing at the award show on Sunday evening, Harry consistently rocked a cheeky pendant designed to look like a phallic peeled banana, slipped somewhat poetically onto the same chain as his usual cross pendant. [Insert several side-glancing eyeballs emoji here.]

The necklace in question is by — yep, you guessed it! — Gucci, the same brand responsible for all three outfits he wore throughout the night. He's reportedly been spotted in the necklace before, but the fact that he chose to sport it at the Grammys — during which he accepted the best solo pop performance award on stage in front of his peers and thousands of TV viewers — is simply iconic. Take an up-close look at Harry's cheeky bling ahead, and then catch up on what other stars wore to the Grammys this year.

Related:
From the Grammys Stage to the Red Carpet Parade, Who Was Best Dressed of the Night?
Previous Next Start Slideshow
Celebrity StyleAward SeasonHarry StylesGrammy AwardsScarvesNecklacesJewelryAccessoriesGucci