this time last year I went to the Brits and dressed as the girl I always wish I saw on TV pic.twitter.com/2fjUtDGZNP

It's officially been a year since the BRIT Awards last took place, and we're still talking about some of the amazing fashion from the event. One look in particular stands out, however. On 18 Feb. 2020, singer-songwriter Joy Crookes paid the ultimate tribute to her roots, walking the red carpet in an Indian lehenga and chunni (top and skirt with a matching scarf), something you don't usually see at Western award shows. Nominated for the Rising Star Award, she spoke to BBC about her red carpet statement and said that she hoped that "young girls can see someone who looks like their mum, their auntie, their gran, on the red carpet at the Brits."

A year on, she's reshared the powerful look on Twitter, with a caption that says "this time last year I went to the Brits and dressed as the girl I always wish I saw on TV." Fans have been quick to share their support, with one user tweeting "and for us, you were the girl we had always wanted to see on TV." We love to see it. 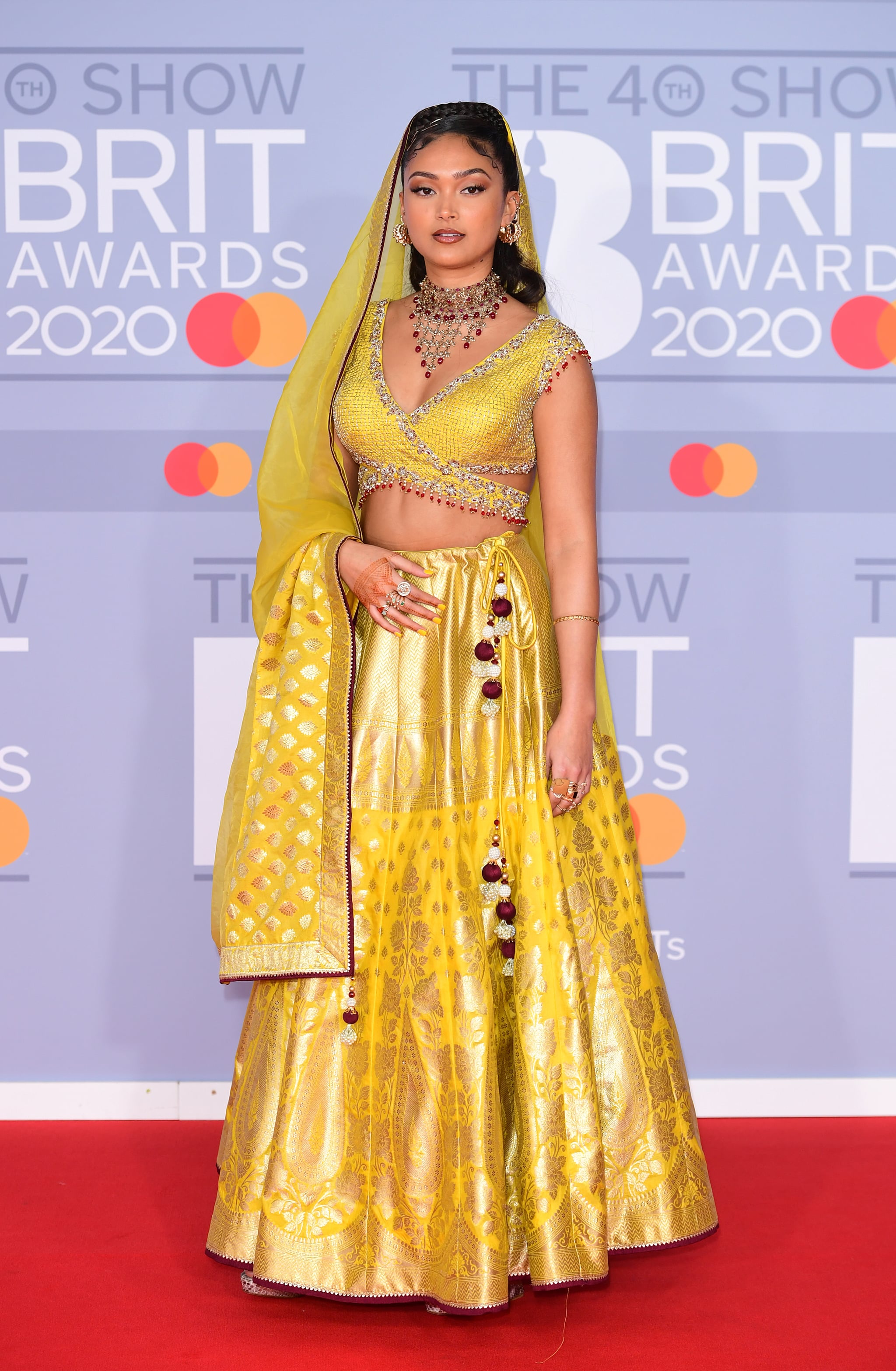