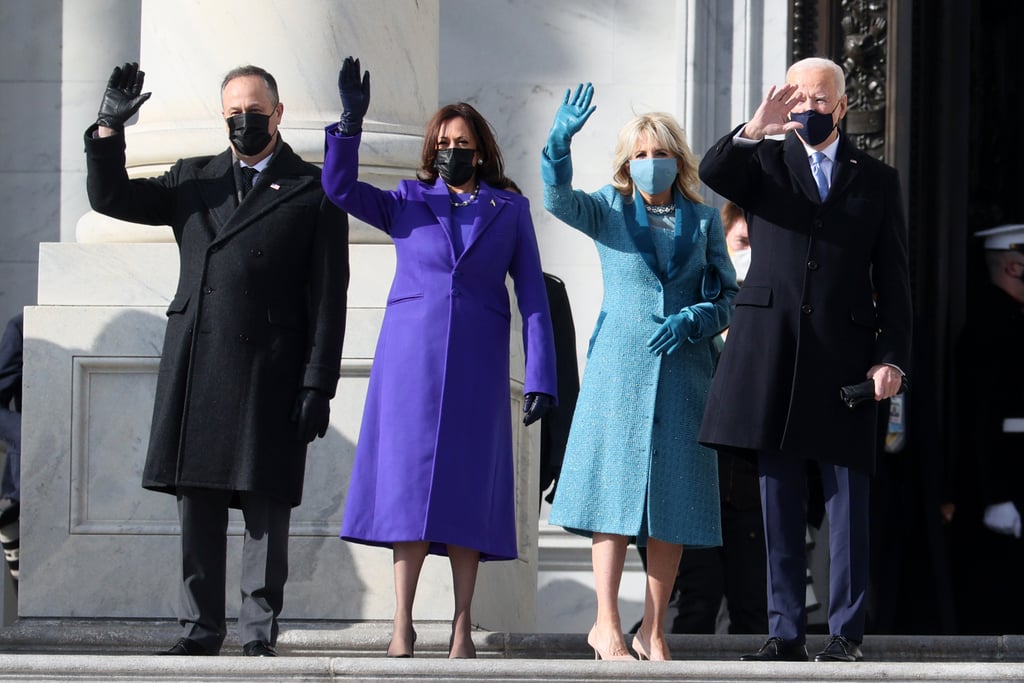 Kamala Harris, the first female, first Black woman, and first woman of South Asian descent to be elected Vice President of the United States, has arrived at the presidential inauguration in Christopher John Rogers. Her dedication to wearing Black designers since her arrival in Washington, DC (having chosen a Pyer Moss coat for a service the evening before) is incredibly meaningful. Christopher John Rogers, also an LGBTQ+ designer, shared a video of Kamala ushering in a new era at Capitol Hill alongside her husband Doug Emhoff, Joe Biden (in Ralph Lauren), and Dr. Jill Biden (in Markarian). Between the four of them, they have done well to represent emerging fashion talent, minorities, and a classic nonpartisan label with their outfit choices, painting a picture of the diverse America they will help us to realise. It's a beautiful picture at that.

It is also worth mentioning that Harris has repeated the colour purple as a nod to the woman's suffragist movement. You might recall that she wore a plum pantsuit at the DNC last year, very much suggesting that purple is her power colour. Just as so many women have decided to wear Chucks and pearls to celebrate Kamala's historic moment, Harris also wore her signature pearls, along with an American flag pin from David Yurman. Though she completed the look with black patent pumps rather than her Converse, we'll let her off the hook — this is by no means a casual moment, but instead one that should be for the people. Harris's electrifying, make-you-look coat was the perfect choice, and promises a future wardrobe that will do just that.