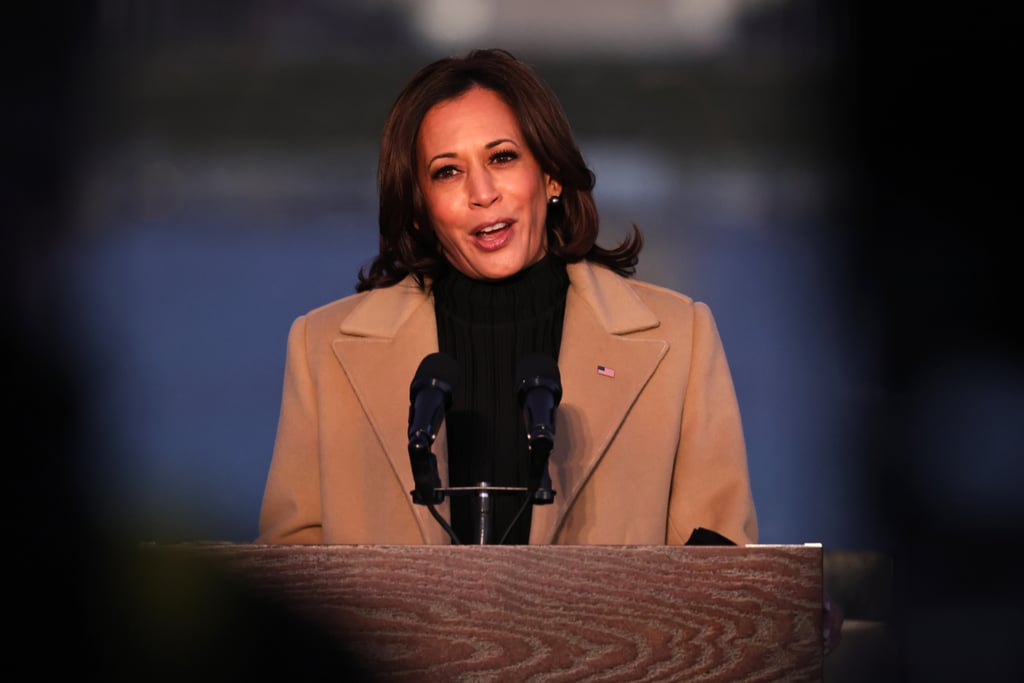 On the eve of Joe Biden's inauguration, the president-elect and incoming vice president Kamala Harris attended a ceremony to honour COVID-19 victims in the US. They were joined by their spouses at the Lincoln Memorial in Washington DC, where 400 lights illuminated around the reflecting pool to represent the 400,000 Americans who have died from the virus. As Kamala delivered a speech paying tribute to the lives lost and calling for the nation to begin healing together, she wore a Pyer Moss coat that also held significance.

When hospitals were experiencing a dire shortage of PPE at the beginning of the pandemic, Kerby Jean-Raymond, the Haitian-American designer and founder behind fashion label Pyer Moss, quickly converted his New York office into a donation centre and donated $5,000 (approximately £3,600) to purchase masks and gloves. The designer also set aside $50,000 (approximately £36,000) for minority and women-owned small creative businesses that were distressed by COVID-19. The vice president-elect's purposeful decision to wear a coat by a designer who stepped up to contribute to COVID-19 relief certainly bears a special meaning. As The New York Times chief fashion critic Vanessa Friedman put it, "It's not about fashion. It's about values." Kamala paired the camel coat with a simple black sweater dress and leather boots.

Jill Biden similarly set the tone with her ensemble, a purple "Unity" dress and wrap coat combo with a matching mask made from leftover material, all by Jonathan Cohen, an independent New York designer. The future first lady's outfit not only represented unity in the name of her pieces, but also in the colour purple's significance in politics. Get a closer look at Kamala and Jill's meaningful choices ahead.

Celebrity Style
Fans Are In Love With Meghan Markle's Sustainable Sapphire Ring, and We Can See Why
by Nikita Charuza 18 hours ago

Coronavirus
How I'm Working to Regain My Sense of Smell, Nearly 6 Months After Having COVID-19
by Leeny Sullivan 18 hours ago