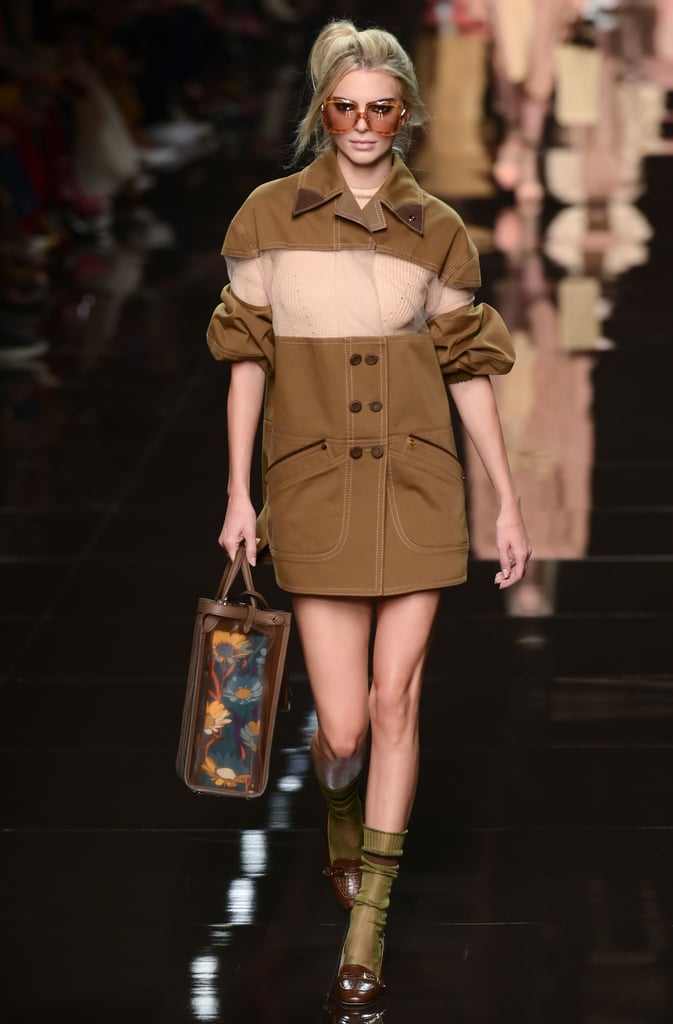 Kendall Jenner might have watched the shows instead of walking for them in New York. But for London Fashion Week, she went blond for Burberry, before heading to Milan to walk for Fendi's first fashion show post Karl Lagerfeld.

For New York Fashion Week, Kendall was spotted in SoHo, grabbing lunch at Cipriani Downtown, before doing a bit of shopping at Balenciaga, with Kim Kardashian and Lala Anthony. Jenner wore a sexy, very sheer black shirt dress, bike shorts, and a stunning pair of knee-high boots, with her favorite bag from Staud — the Moon Lizard-Effect Leather Tote (£270).

For her first foray into fashion's September circuit, Kendall was spotted front row at Longchamp's Spring 2020 show. She wore a yellow, black, and white long-sleeved minidress and black open-toe mules, with her hair styled in a half-up ponytail. The dress was an exclusive from the brand's athleisure-inspired Spring 2020 ready-to-wear collection. Alongside Kendall's front row appearance were fellow models Liya Kebede, Kate Moss, Kate's daughter Lila Moss, and actresses Julianne Moore and Dead to Me's Linda Cardellini.

Read ahead for the best of Kendall Jenner's Fashion Week outfits.