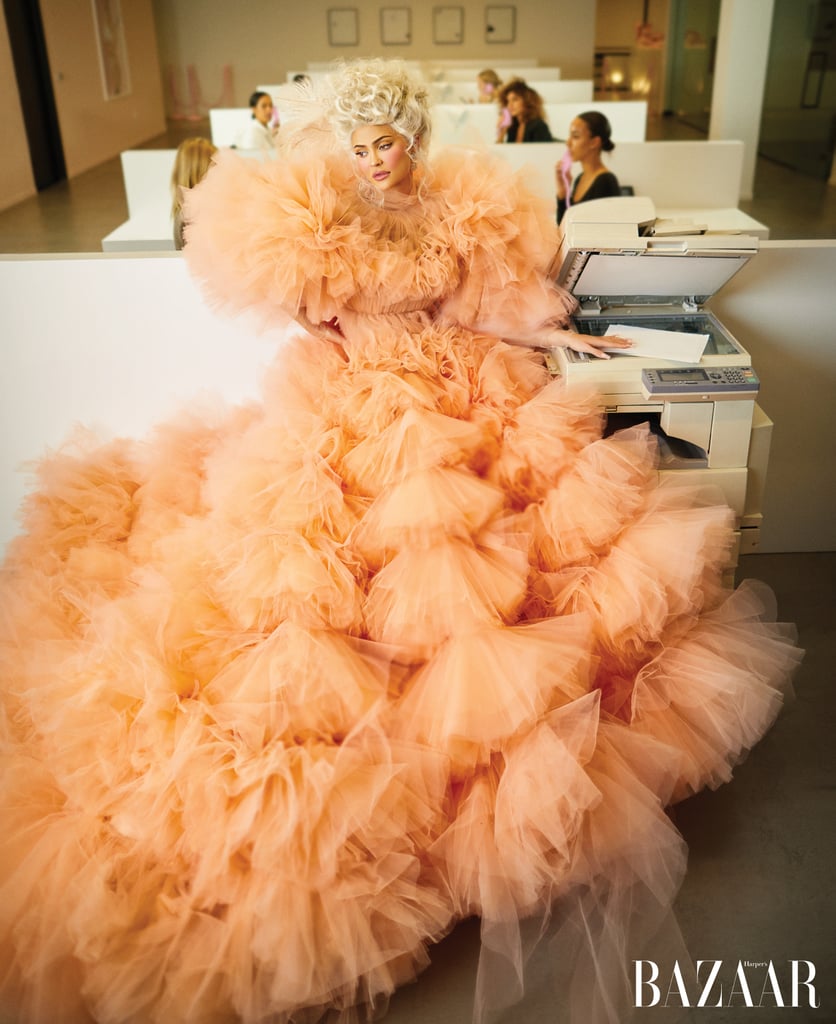 At times, it feels as though a figure like Kylie Jenner couldn't have possibly existed in any other century. The reality star-turned-makeup mogul with a famous family and devoted social media following is quintessentially 2020. But then again, go-getting women with lavish proclivity practically defy time. That duality has never been more apparent than in Kylie's eye-catching spread for the March 2020 issue of Harper's Bazaar, in which she emulates Marie Antoinette in corporate America.

Though she wears a floral Valentino cape on the magazine's springtime cover, the spread is filled with powdered bouffant wigs, feathery headpieces, and a lot of tulle. In one striking shot, Kylie dozes off at a fax machine in an orange explosion of a Giambattista Valli gown. In another, she wears a sexy Tom Ford swimsuit at the water cooler — presumably inspiring readers to reach for a glass of water in turn.

"I always knew my family was a big deal," Kylie told the magazine. Reflecting on when she realised her own individual appeal, however, Kylie said, "Probably around when my pop-ups started. Or when I started dyeing my hair blue and cut my hair off, and then everyone started dyeing their hair blue and cutting it off. And I was like, 'Whoa.' I realised what an influence I had. I was probably like 16." Marie Antoinette was around that age when she became queen, too.