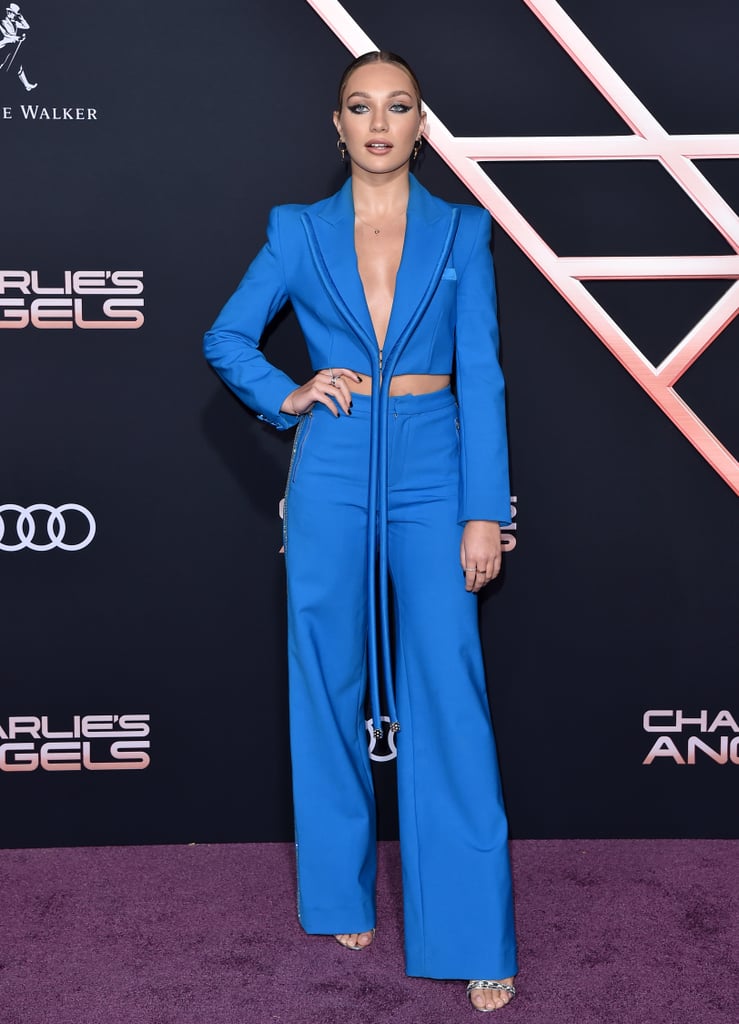 Maddie Ziegler looked ready to work for the Townsend Agency in her badass suit at the Charlie's Angels premiere in Los Angeles. The singer and West Side Story actress attended the red carpet event on Monday wearing an electric blue outfit by Area.

Maddie's trousers featured rhinestone embellishments on the side, while her blazer had an interesting piping detail that truthfully resembled Avatar's Na'vi creatures and their tails — and we mean that in the coolest way possible. Maddie was also joined by her sister, singer Kenzie Ziegler, who wore a sparkly strapless dress from Abyss by Abby. See photos of the stylish sisters ahead, and get a closer look at Maddie's unique suit.