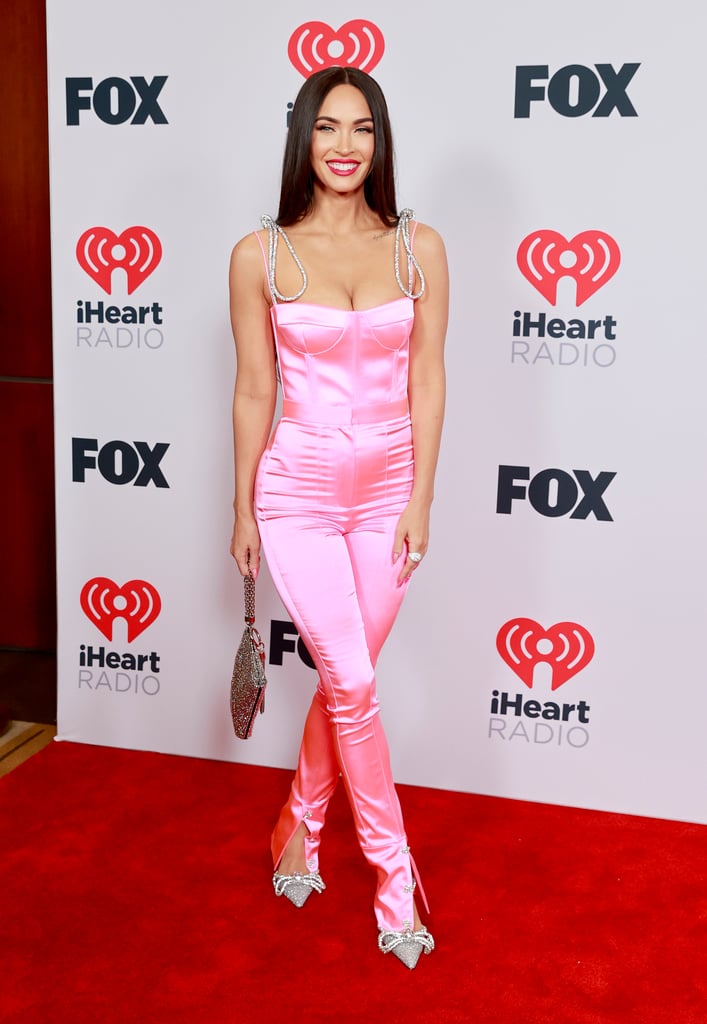 Just a thought: can Megan Fox give us a second to catch our breaths? Less than a week ago, the actress attended the Billboard Music Awards wearing a sheer Mugler dress with very strategically placed cutouts, and on Thursday, she stopped by the iHeartRadio Music Awards in another super striking look. (Her PDA with boyfriend Machine Gun Kelly also might have had an influence.)

Whereas her Mugler moment spoke to her famously edgy sense of style, Megan's latest red carpet outfit was pretty much the polar opposite, consisting of a pink Mach & Mach jumpsuit with silver straps and matching pointed-toe pumps also by the brand. Styled by Maeve Reilly, a chainmail purse completed the Barbie-style look. Machine Gun Kelly looked in sync, per usual, wearing a distressed metallic short suit with a few pink details. Enjoy the red carpet photos ahead.