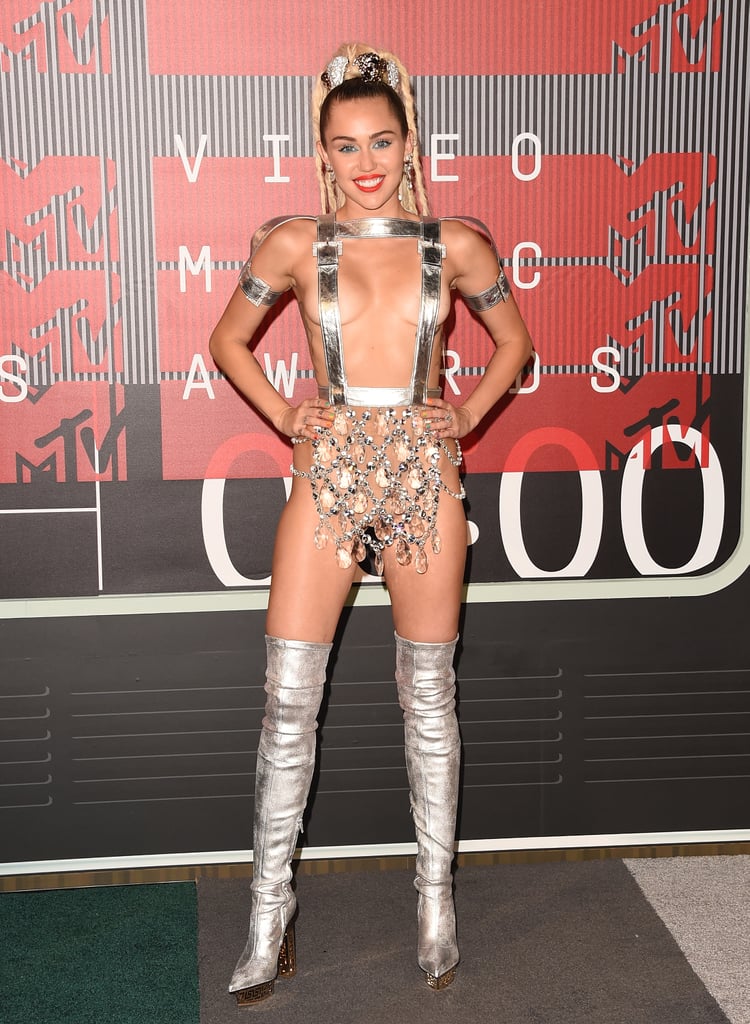 Miley Cyrus has had some very memorable fashion moments at the MTV VMAs over the years, and we're not just talking about her infamous twerking outfit from 2013. The star, who rose to fame thanks to Disney's Hannah Montana, has been attending the award show since 2008. (She actually hosted the pre-show during when she was invited for the first time!) From her iconic Atelier Versace look in 2015 that left *very* little to the imagination to the sleek backless minidress she wore while performing "Slide Away" in 2019, Miley has come a long way when it comes to her award show style.

With the news of Miley performing her new single "Midnight Sky" at the upcoming virtual 2020 VMAs, we decided to take a trip down memory lane to see all of the outfits the singer has worn over the years. Trust us, you're going to want to have a look at them. The singer started off in a Zac Posen studded minidress the first time she walked down the red carpet for the award show. We definitely saw her style turn edgy during her "We Can't Stop" phase, and last year she went back to basics with her LBD. We're excited to see what she wears next. In the meanwhile, take a look back at her VMAs style evolution ahead.

Celebrity Beauty
Miley Cyrus Details the Similarities Between Scent and Songwriting: "Both Involve Trial and Error"
by Danielle Jackson 8 hours ago