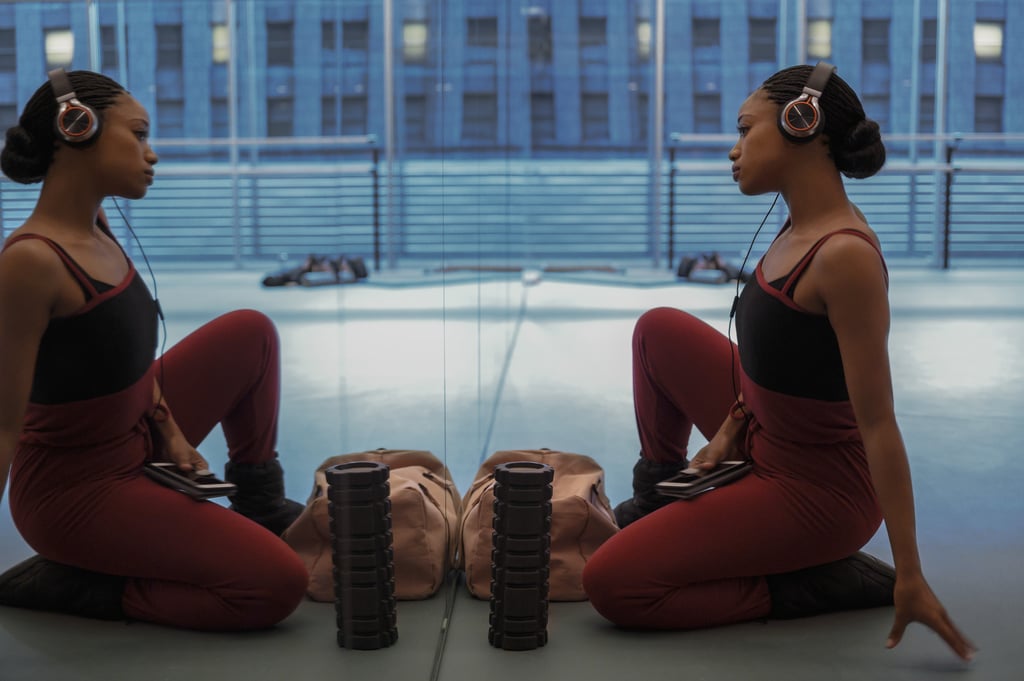 Kylie Jefferson is first and foremost a contemporary ballet dancer. Now, the Debbie Allen Dance Academy alum stars as Neveah Stroyer in Tiny Pretty Things, which is the Netflix series adaptation of the YA novel of the same name, written by Sona Charaipotra and Dhonielle Clayton. Neveah arrives at Chicago's elite ballet academy, Archer School of Ballet, to show her talent and rise to the top, and she immediately stands out due to her bright, confident personality and, TBH, her outfits, which mix the traditional ballet aesthetic with modern street wear.

"Especially being the only Black girl on screen, it was really important to me that [Neveah] was not seen as the poor one, but . . . as a girl who was just different from everyone else."

Jefferson confirms that working with the wardrobe team, led by renowned costume designer Debra Hanson, was essential in the shaping of Neveah's character, and she definitely had input. "The collaboration was amazing. Once we really started to talk about who Neveah was, especially being the only Black girl on screen, it was really important to me that she was not seen as the poor one, but that she was seen as a girl who was just different from everyone else and just didn't know their world. The pieces brought in were perfect," Kylie said, giving POPSUGAR the full rundown on the great Joah Brown sweats she got to mix with her bodysuits and leg warmers.

Kylie's a fan of everything she wore on the show IRL too, which she was sure to mention since she doesn't always get to discuss fashion. "I really enjoy being part of the conversation. That was so great for me because, being a dancer, we don't get that opportunity. I realised that I really do have a brain for all parts of the process when it comes to putting any project of this caliber together. I'm always really interested in what's going on behind the scenes, what the costumes are saying about the character, and how the costume department's decisions or choices support the storyline," she said.

Ahead, enjoy scrolling through Neveah's countless cool style moments in Tiny Pretty Things, and learn more about Jefferson's own approach to style in the ballet studio. It's easy to see how her finesse for marrying sportswear and tutus rubbed off on Neveah, that's for sure.