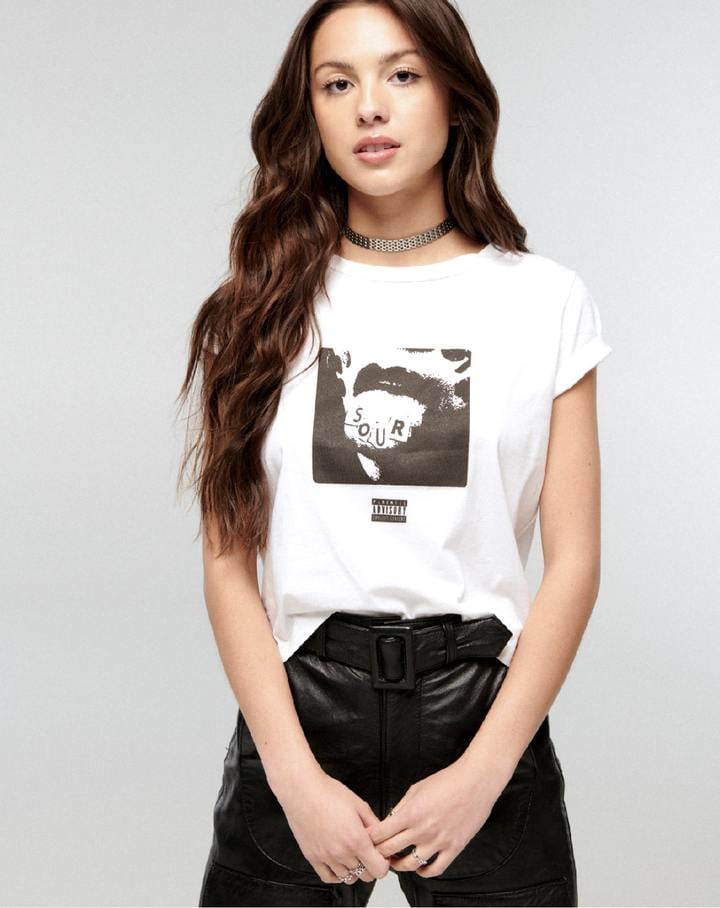 Olivia Rodrigo's Sour merchandise is way better than your run-of-the-mill concert tees. I have plenty of gear from music festivals that has been relegated to my pajama drawer over time, but I think Olivia did something different with her new collection of clothing and accessories. When the "Deja Vu" singer dropped a line to go along with her debut album, she released items with subtle song references that fans of all ages can wear — even the 25-year-olds among us who, like me, still can't parallel park.

The early 2000s-inspired merch includes sweatshirts, sweatpants, crop tops, bucket hats, jewellery, and more that nod to the album's standout songs. Yes, some items feature printed track lists, which I'm not mad about, but others simply feature one lyric or even a butterfly symbol, which Olivia uses throughout her record promotion. Read ahead to get a closer look at the collection, which Olivia graciously models herself, and decide what to wear before the summer of Sour is upon us.