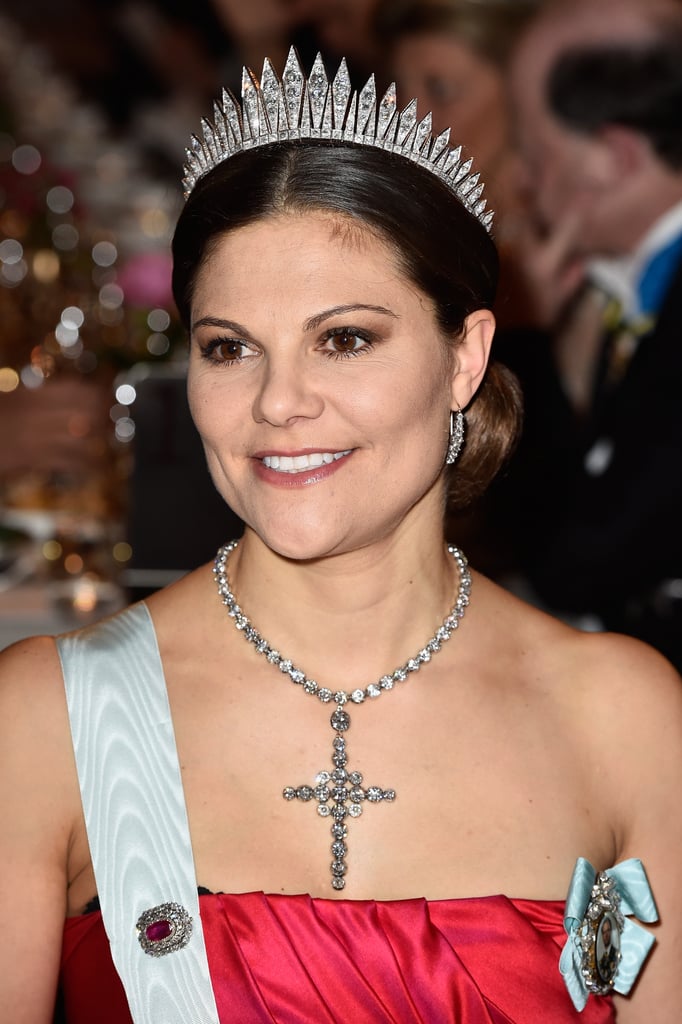 Crown Princess Victoria of Sweden had the honour of wearing the Baden Fringe tiara to the 2014 Nobel Peace Prize ceremony in Stockholm, Sweden, as well as on a number of other occasions. The Baden Fringe piece has long been in the Swedish royal family; its heritage dates back to the late 19th century. The piece can also be converted into a necklace. Though the piece has been in the royal collection for decades, it has been known as one of Victoria's signature pieces as of late.