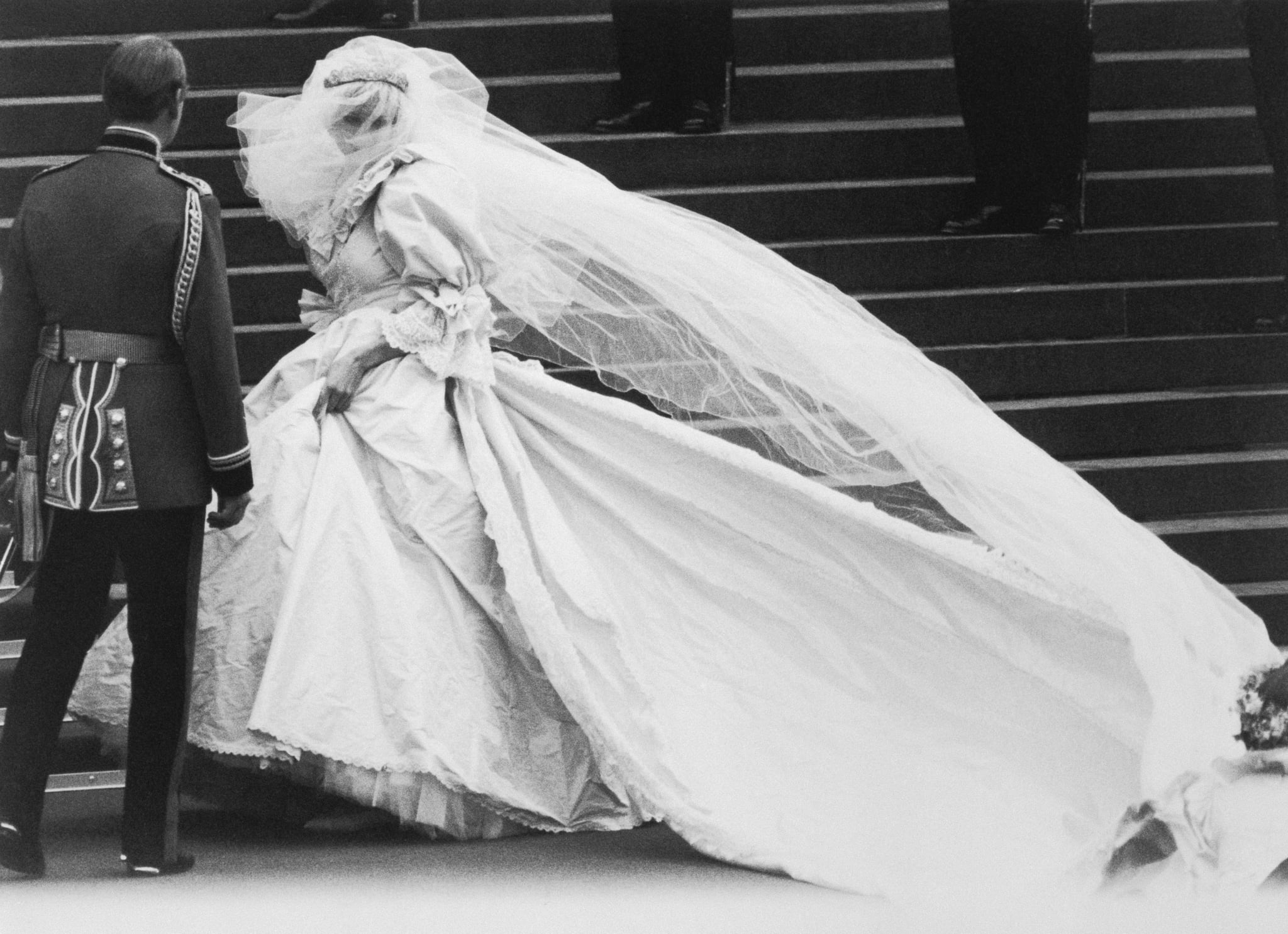 Kensington Palace's summer exhibition Royal Style in the Making is an exquisite look at the craftsmanship behind the royal family's most memorable gowns. With a focus on dresses worn by Princess Diana, Princess Margaret, and Queen Elizabeth The Queen Mother, one of the most exciting parts of the exhibition are the exclusive interviews with some of the most decorated royal couturiers. Elizabeth Emanuel, along with her partner David Emanuel, cocreated Diana's iconic 1981 bridal gown, and the designer shared the moment she knew her life was forever changed. 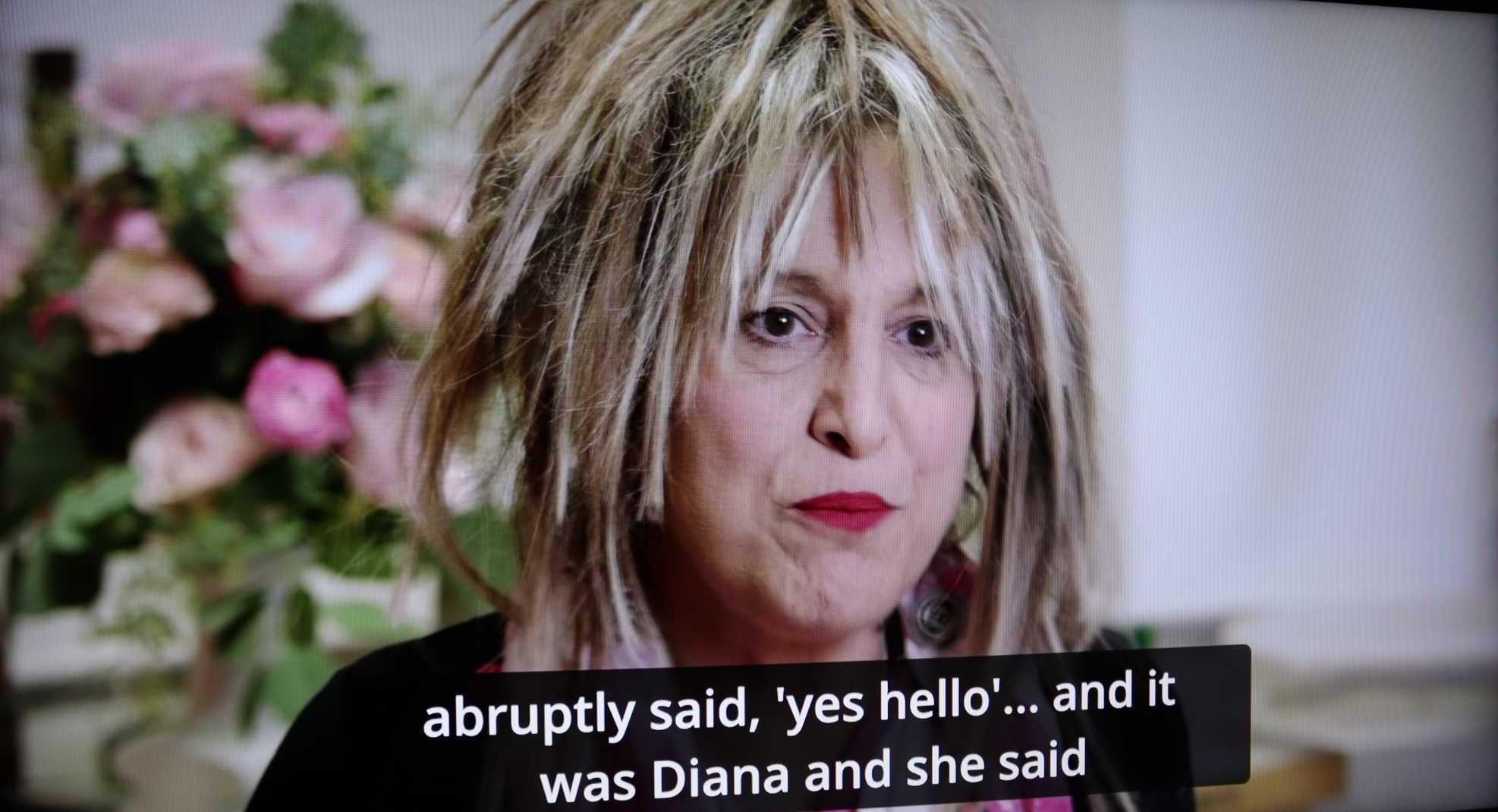 "When we designed for the Princess of Wales, we were not a lot older than Diana when we met her," Emanuel said in an interview for Royal Style in the Making in partnership with Garrard. "We were just out of college, she was just about to become a princess, we were all new to the thing really. The kind of look we were doing at the time was very lacy and romantic, and soft, and it was quite a specific look. One day I remember I was doing a fitting with one of the clients and doing a wedding dress for her. The phone kept ringing and nobody would answer it, so I picked up the phone and quite abruptly said, 'yes, hello', and it was Diana. And she said, 'would you and David do me the honour of making my wedding dress', words to that effect. There was a silence, I think, and I don't remember a lot after that. It was one of those strange moments where you know your life was never ever going to be the same again."

"The kind of look we were doing at the time was very lacy and romantic, and soft, and it was quite a specific look."

She continued, "we wanted to do a lot of research because it's a royal wedding dress, it's going to be a part of history. We looked at Queen Victoria's wedding dress, that was very important, and thought that colour was so beautiful. We don't want to do white, we wanted to do something that is totally unexpected, and we want it to look different, but it's got to look spectacular because this fairy-tale thing kept coming up in our heads, and it's got to look like a fairy-tale dress that a princess would wear." 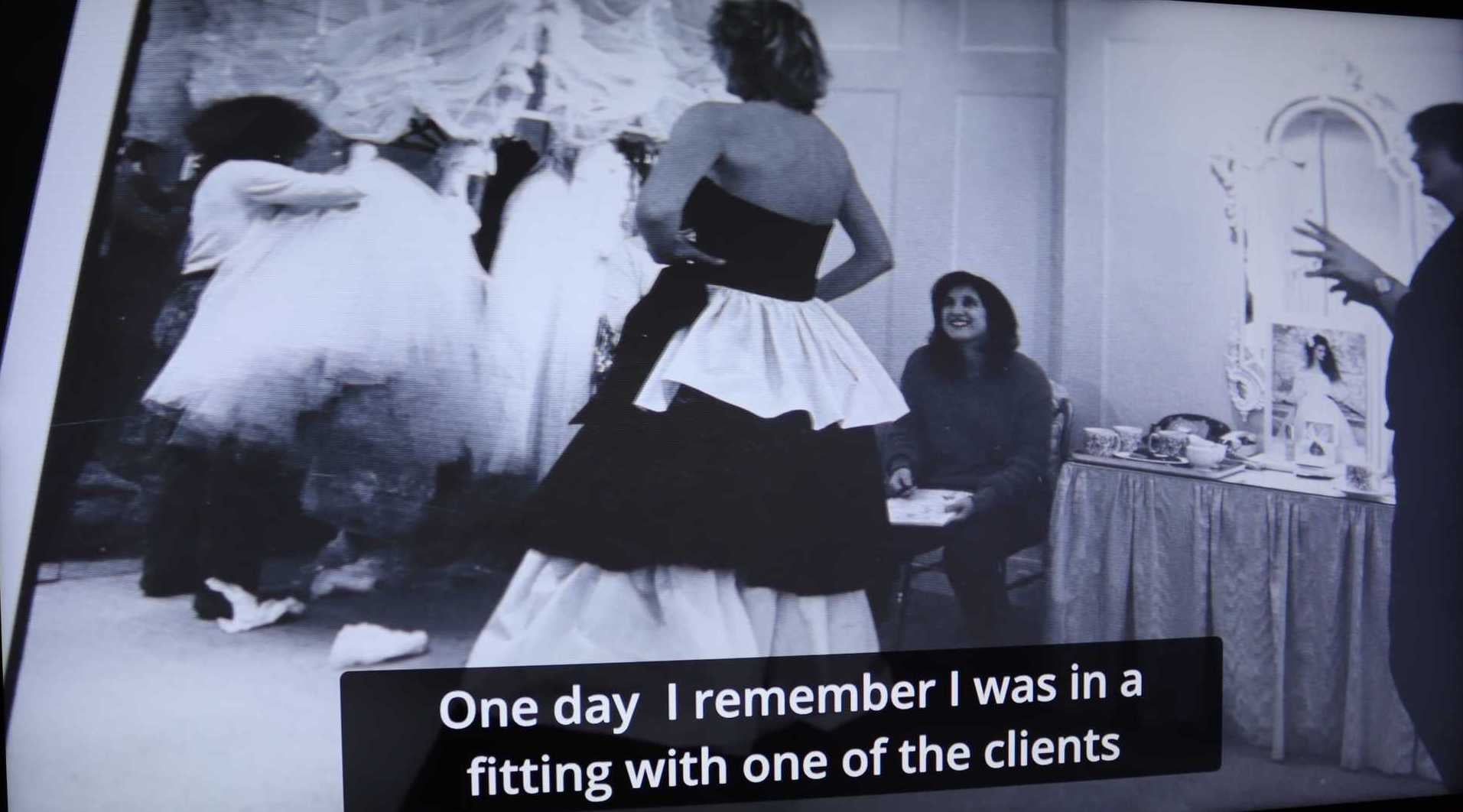 "It was one of those strange moments where you know your life was never ever going to be the same again."

"Diana was very easy to design for, I think because she liked our style, and she trusted us," Emanuel shared with Kensington Palace. "Once she saw herself in the sample, she knew what the dress was going to look like, and she kind of left it to us really. We did talk about the train, and we said we wanted a really long train, longer than anybody else's, and she loved that idea. There was a lot of needlework, and she gave us a beautiful piece of lace from Queen Mary, and what we wanted to do was enhance it, not embroider over it. We basically put on thousands of sequins, mother-of-pearl sequins, and tons of iridescent sequins. We were very aware that everybody wanted to know what the dress was going to look like, so we had to pull the blinds down in the studio because people were camping out opposite us. They must have rented flats or something across Brooke Street, and they were peering in with binoculars. We would leave false trails of fabrics and threads and different things because they would rummage through the bins. We would have to do it with a sense of humour because you can imagine this was the biggest commission of our lives."

Visit the Royal Style in the Making exhibition at Kensington Palace until Sunday, 2 Jan., 2022.

Celebrity Style
The Emmys Are Here, So Naturally, We're Binge-Watching the Red Carpet
by Hannah Weil McKinley 7 hours ago

Celebrity Style
Yara Shahidi Wears the Most Sophisticated, Off-the-Shoulder Dress — Albeit in Electric Green
by Sarah Wasilak 15 hours ago