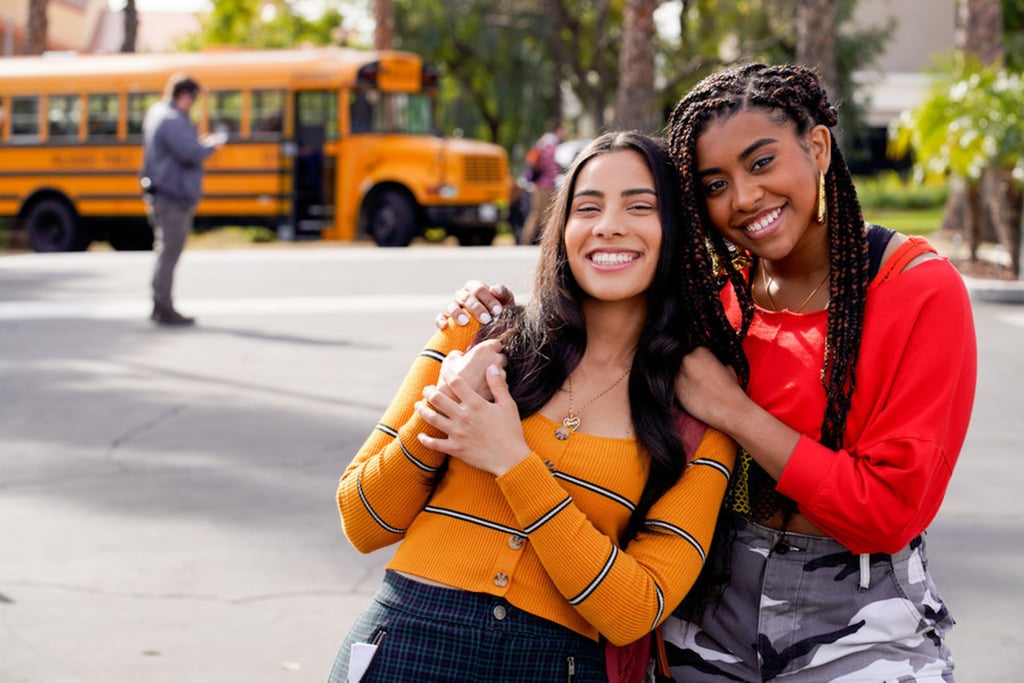 The Saved by the Bell Reboot Has Everything We Hoped For — Including Cute, Affordable Outfits

Revivals aren't always successful, but the recent reboot of Saved By the Bell has been a huge hit. With nostalgic reprisals of the old cast — we're talking about A.C. Slater (Mario Lopez), Jessica Spano (Elizabeth Berkley), Zack Morris (Mark-Paul Gosselaar), and Kelly Kapowski (Tiffani Thiessen) — as well as fresh, new faces and socially relevant story lines, what's not to love? We're still just as distracted by the outfits as we were when we watched the original TV show, because they're really quite noteworthy.

The season starts with a class divide after the merging of kids from Douglas High and Bayside High. The series follows the ups and downs of the Douglas kids trying to fit in with new school programs as well as varying social differences. Staying true to its original '90s roots, the colourful wardrobes fit in seamlessly with today's current trends — all the clothes are incredibly wearable and relevant, especially when it comes to layering and print mixing throughout the season.

Outfits that could be considered over the top become the norm, blending in so well with the characters' personalities — yes, we're referencing Lexi's (Jose Totah) metallic gold Homecoming dress from Mac Duggal and her several Forever 21 fuzzy knit sweater dresses, in bright pastels. Mac Morris (Mitchell Hoog) pays respect to that classic '90s decade in his first scene when he walks in wearing a vintage oversize knit sweater. He follows that with many more bright pops of colour in the form of polos from Lacoste, Fred Perry, and Rag & Bone.

Out of all the characters, Daisy Jimenez (Haskiri Velazquez) wears the most practical outfits, keeping it stylish in crop tops, high-waisted jeans, skirts, and jean jackets. Her signature pinafore dresses also make an appearance several times throughout the season.

At ShopYourTV, the team scours the internet after each episode airs, researching outfits worn by the characters on the show, and they're providing their expertise for Saved By the Bell so we can continue to cherish the great fashion moments from this first season. Scroll down to see some of our personal favourites and shop the clothing that's still available.

Related:
Here's How (and Why) We Became Obsessed With Dressing Like Our Favourite TV Characters
Previous Next Start Slideshow
ShoppingFashion ShoppingThe '90sScreen StyleNostalgiaSaved By The BellTV