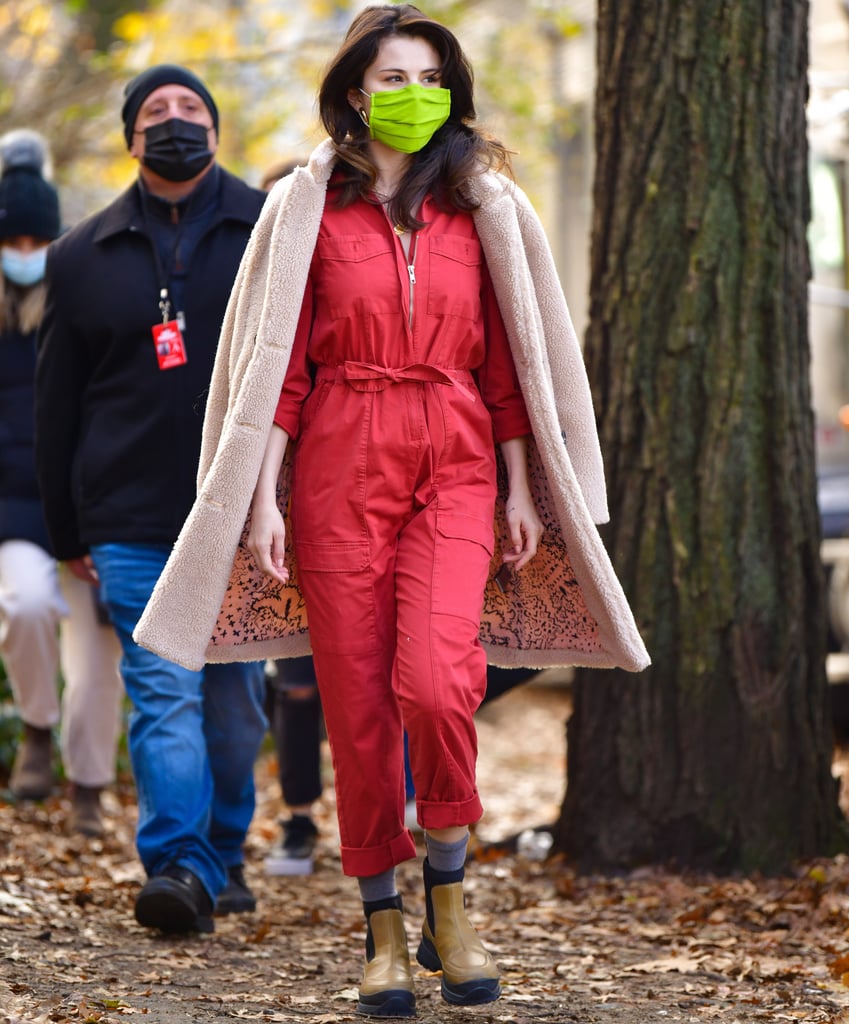 Selena Gomez is spending time in New York filming her upcoming Hulu comedy series Only Murders in the Building. While we don't know much about the show, it appears Gomez's character has a flair for fashion. After wearing a furry orange coat from Michael Michael Kors, we spotted her in this red utility jumpsuit, cinched at the waist with a tie pull. Selena hung her oatmeal-coloured shearling coat elegantly over her shoulders and walked tall in brown Chelsea boots with lug soles, a style that's quite popular right now and will be well into 2021.

The easy outfit idea doesn't involve much — it's just a foundation of one great jumper and functional boots — but Selena did give it a few little twists. She pulled a pair of grey ankle socks out from under her shoes, added gold hoops, a gold pendant necklace, and a lime green face mask, later finishing the look with a mustard plaid scarf. While Selena was likely styled by the costume designer for the project, Dana Covarrubias, we have to hand it to her — she gave us one very solid idea for taking our fall basics through winter. Ahead, catch a few more glimpses of Selena on set, then shop her essentials.

Celebrity Style
Lizzo Challenged Barbie to Top Her Hot Pink Lace-Up Catsuit, and It's Going to Be Tough
by Chanel Vargas 22 hours ago