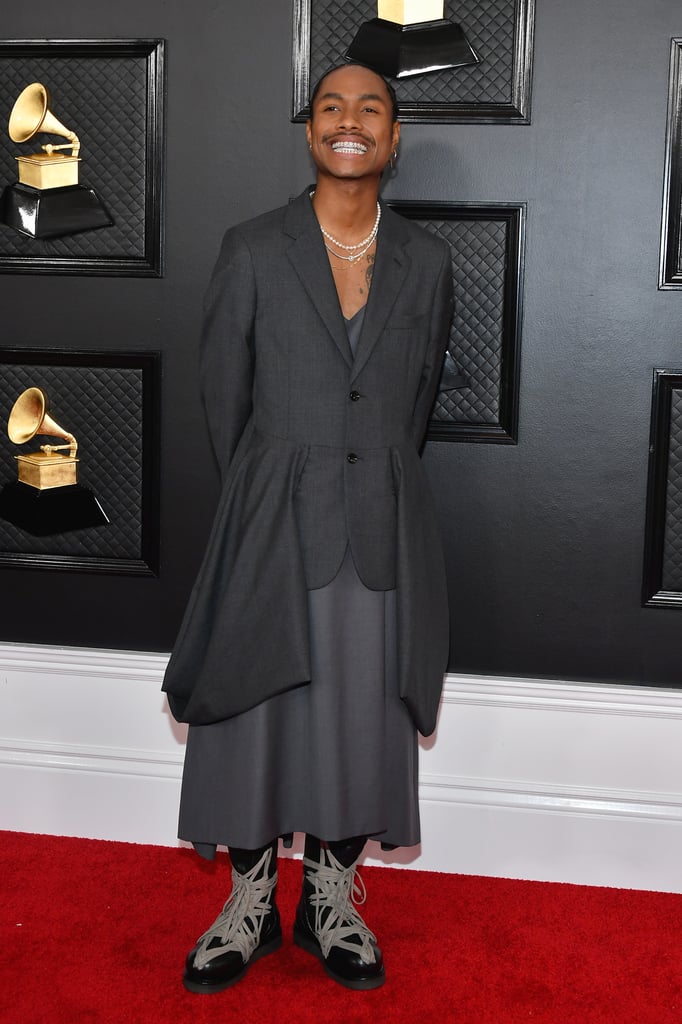 If you don't know who Steve Lacy is, allow me to introduce you to one of the most talented musicians to come out of 2019. The singer, who is a part of the group The Internet, released his debut album Apollo XXI last year and received rave reviews with hit songs like "N Side" and "Playground." Just like his tunes that get stuck in your head, I found myself spending a lot of time thinking about his amazing outfits, too. I guess I wasn't the only one begging to see more, because the singer even created a separate Instagram account where he documents all of his 'fits called "Fit Vomit." The account is already up to 25K followers in just a few short weeks. The handle's bio pretty much describes Steve's style perfectly: "Fitting out, not in."

Like Harry Styles, Steve is not afraid of breaking gender norms, and it's one of the many reasons why we love him. The singer has worn designers like Loewe, Jacquemus, and Sacai on the regular. One of my favourite style moments is his outfit the 2020 Grammy Awards, where the singer was nominated for the best urban contemporary album. Steve wore a grey Comme des Garçons dress and tailored jacket that had a peplum silhouette. He accessorised with delicate necklaces and a pair of cool, chunky Rick Owens combat boots. Ahead, check out some of our favourite style moments the singer has served up so far to see what we're talking about.

Related:
Trust Me — Tyler, the Creator's Style Is Just as Captivating as His Performances on Stage
0
previous images
-21
more images
Previous Next Start Slideshow
Guys With StyleSteve LacyFashion InstagramsMenswear
Around The Web 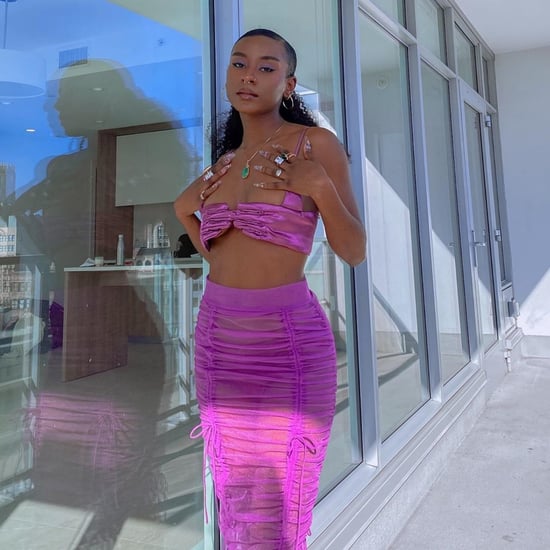 Coronavirus
Tory Burch Started the #WearaDamnMask Challenge, and Tracee Ellis Ross Is 1 of Many Who's Accepted
by Nikita Charuza 2 days ago