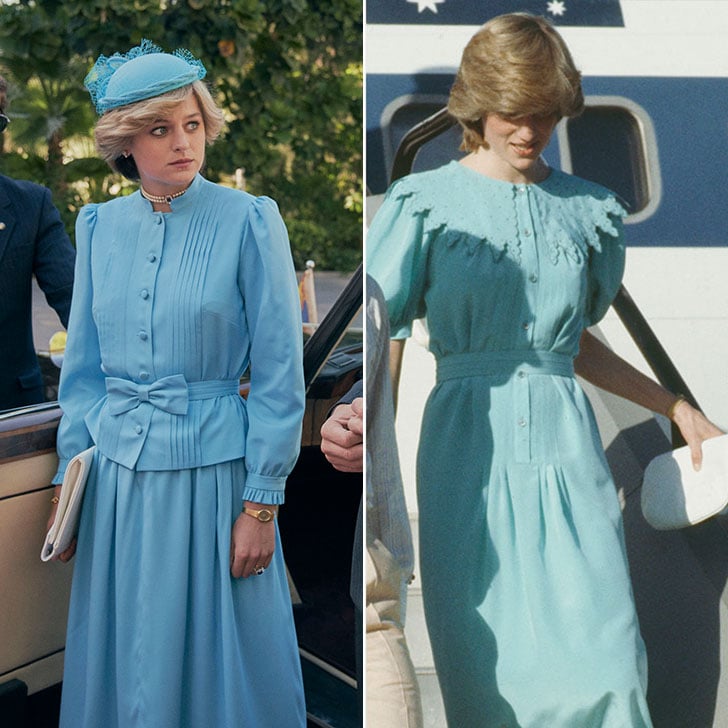 The Crown's costume design team was right on the money when it came to re-creating some of Princess Diana's most memorable looks for actress Emma Corrin — including her Elizabeth and David Emanuel-designed wedding dress, of course. But the outfit similarities trickle down to the accessories, too. Some might know that it's thanks to Diana that the Dior Lady Bag is so iconic. That purse, alongside Salvatore Ferragamo's Lady D design, was named for her!

Diana did keep those luxury items in heavy rotation during the late '80s and early '90s, but costume designer Amy Roberts also chose to pay tribute to some of Diana's simpler designs in the Netflix series. It's true; after watching season four of The Crown, you'll probably wonder whether Diana did carry a brown leather shoulder bag and white envelope clutch. The answer is yes — and we're here to give you proof. Ahead, find some of the best comparisons we were able to make between the bags worn by Emma in The Crown and the styles Diana wore in real life. We even confirmed the exact dates the late royal accessorised her looks with these bags, so you know around the time she favourited them in her own wardrobe.