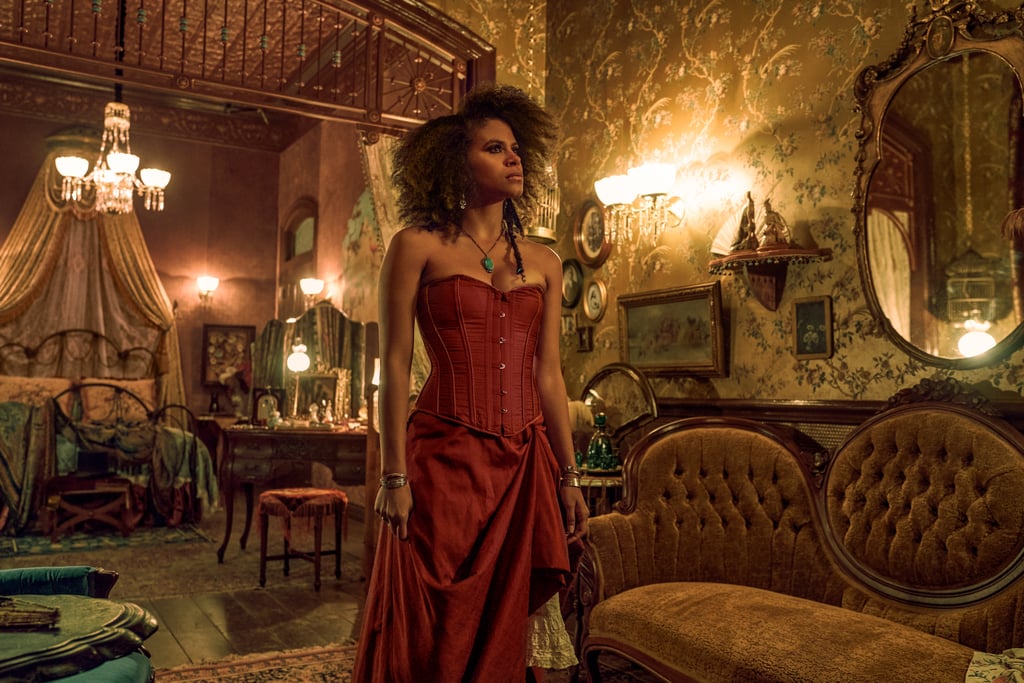 Netflix Western The Harder They Fall continues to inspire a cowboy wardrobe. Balmain even came out with a collection complete with plenty of suede and fringe, influenced by the Old West. But the corsetry used throughout the film by costume designer Antoinette Messam — specifically on Stagecoach Mary — feels like a modern update and pronouncement of Zazie Beetz's character, who strongly owns her sex appeal and independence.

"I didn't grow up knowing this culture even existed. Even though my background is fashion before film, and I took history, this history was not something that anyone shared with me exactly," Messam said, telling Hypebeast that her Western costumes were also meant to bring about "flair and swagger."

While corsets have become more mainstream thanks to the rise of Regencycore (you're probably seeing them pop up on a lot of your favourite retail sites), the boned, often lace-up silhouette dates back to the 16th century. The corset has taken various forms, from undergarment to overgarment, waist-defining top to romantic dress. But Beetz's Mary Fields wears them effortlessly from day to night.

Her brown version is cinched with leather ties, worn over a button-down with the same turquoise pendant necklace that also falls elegantly across her chest when she's in the scarlet dress with the sweetheart neckline — the one with clasps down the centre of the bodice and a gathered skirt that takes your breath away in her very first scene at the saloon.

It's hard to pick a favourite look. One is more rugged, complete with baggy suede slacks, a bandana, and top hat, while the other is a dress that is arguably the most memorable of the entire movie. But both have sent me shopping in an attempt to extend the aesthetic to my own closet, and I'm dying to share the pieces I've found with you. Scroll for my favourites.