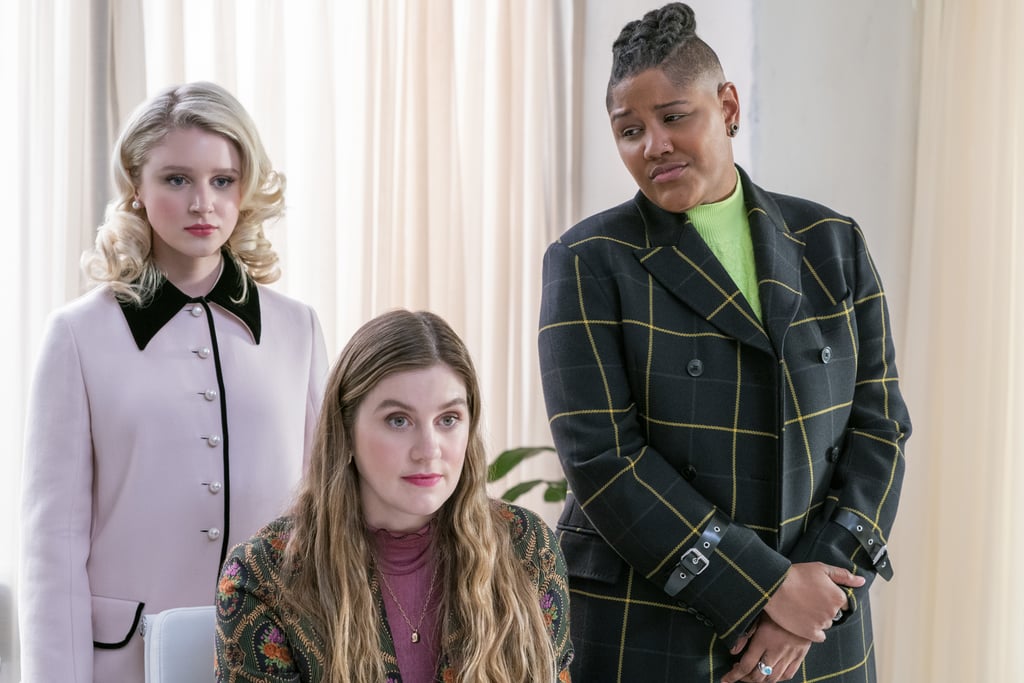 You're guaranteed a handful of things when you go into The Politician season two: drama, musical Ben Platt moments, and amazing style. The Netflix series from Ryan Murphy gave us plenty of suits and bows to talk about (and base Halloween costumes off of) last year, and after binging the latest season, I can report that the fashion is just as good. With New York as its backdrop, the tailored coats and beaded collars look perfectly in-place — and actually remind me of another Upper East Side show. Is anyone else getting Gossip Girl vibes?

I think Blair Waldorf would be envious of all the Gucci, Tory Burch, and Valentino worn by Payton Hobart's campaign crew. It's easy to imagine Serena Van der Woodsen and Georgina Hobart sharing a closet too, with their love for flowing gowns. We can thank costume designer Claire Parkinson and her sister/assistant, Lily, for all the incredible outfits this season.

The sisters told Tory Daily they wanted the cast's style to reflect their season two graduation into state politics. They're more polished, confident, and elevated than before. Claire and Lily's inspiration? "Gloria Steinem, JFK, Princess Di, Shirley Chisholm, Nancy Pelosi, the Obamas, the Clintons and Angela Davis," they said. "We really love JFK and Jackie O's style, especially their more casual out-of-office looks. And Kamala Harris is always so chic."

Check out the lavish looks ahead, and shop a few of the exact pieces from the show — as well as a few similar picks that don't require a Hobart-sized inheritance to purchase.

Related:
Issa Rae Is the Queen of Casual Style on Insecure and These Outfits Prove It
Previous Next Start Slideshow
NetflixThe PoliticianShoppableScreen StyleGet The LookTV