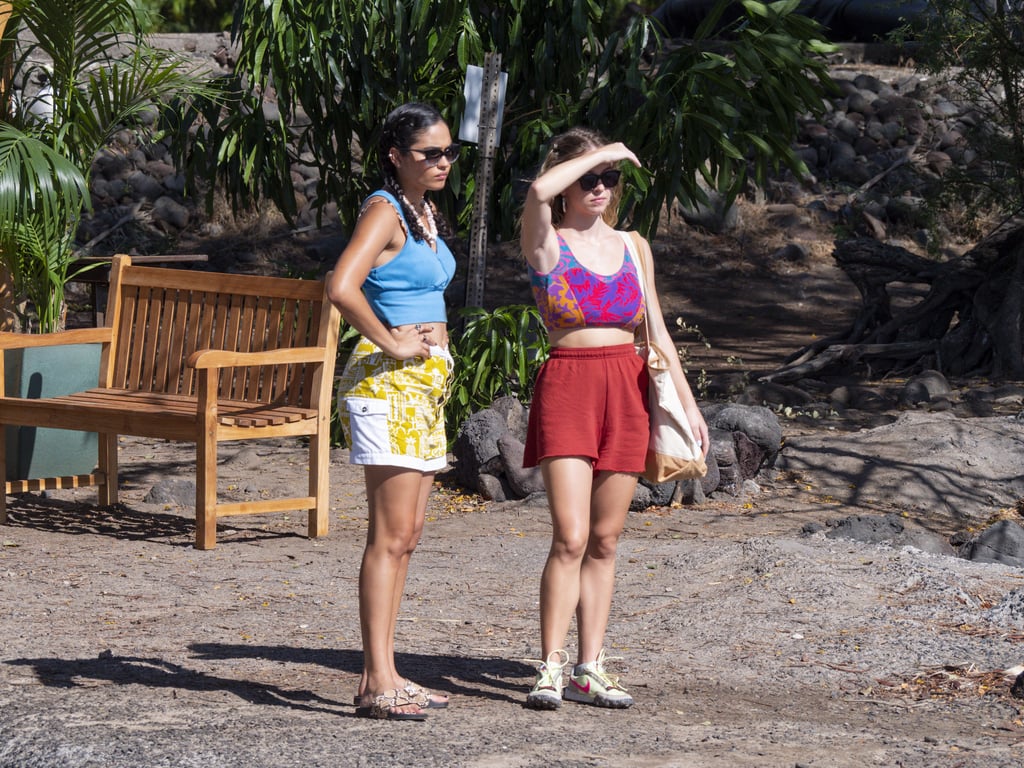 The first thing you'll do upon watching HBO's The White Lotus is price out a holiday at the season one resort (which actually exists in Maui, BTW). But then, we wouldn't be surprised if you dove right into researching the cast of the miniseries and their impeccable on-screen style, curated by costume designer Alex Bovaird, who assisted on The Perks of Being a Wallflower.

Bovaird wanted to achieve a Gen-Z friendly wardrobe for Olivia (Sydney Sweeney of Euphoria) and Paula (Brittany O'Grady), who are clearly the standout fashion icons on the beach, poolside, and every night at dinner. "I deliberately styled them similarly, like young friends would — often twinning at the beginning," she explained to POPSUGAR. "Gen-Zers are more inclined to thrift for clothes than past generations and put things together in a seemingly nonchalant but thoughtful way," she said, confirming that in general, she shopped vintage with a little mall and high street mixed in for Sweeney and O'Grady, both of whom were really enthusiastic about the looks that helped them transition into character.

"Later in the series, they look more distinct as it becomes apparent that Paula isn't quite included," Alex teased for anyone who hasn't finished all six episodes yet. But regardless of how their vibes begin to shift in different directions, you'll definitely want outfit details on both girls' impeccably coordinated beachwear — even if you're not packing your suitcase for holiday any time soon. Click through for more style notes about Olivia and Paula straight from Alex, then shop some of the exact designs featured on Sweeney and O'Grady in the show.