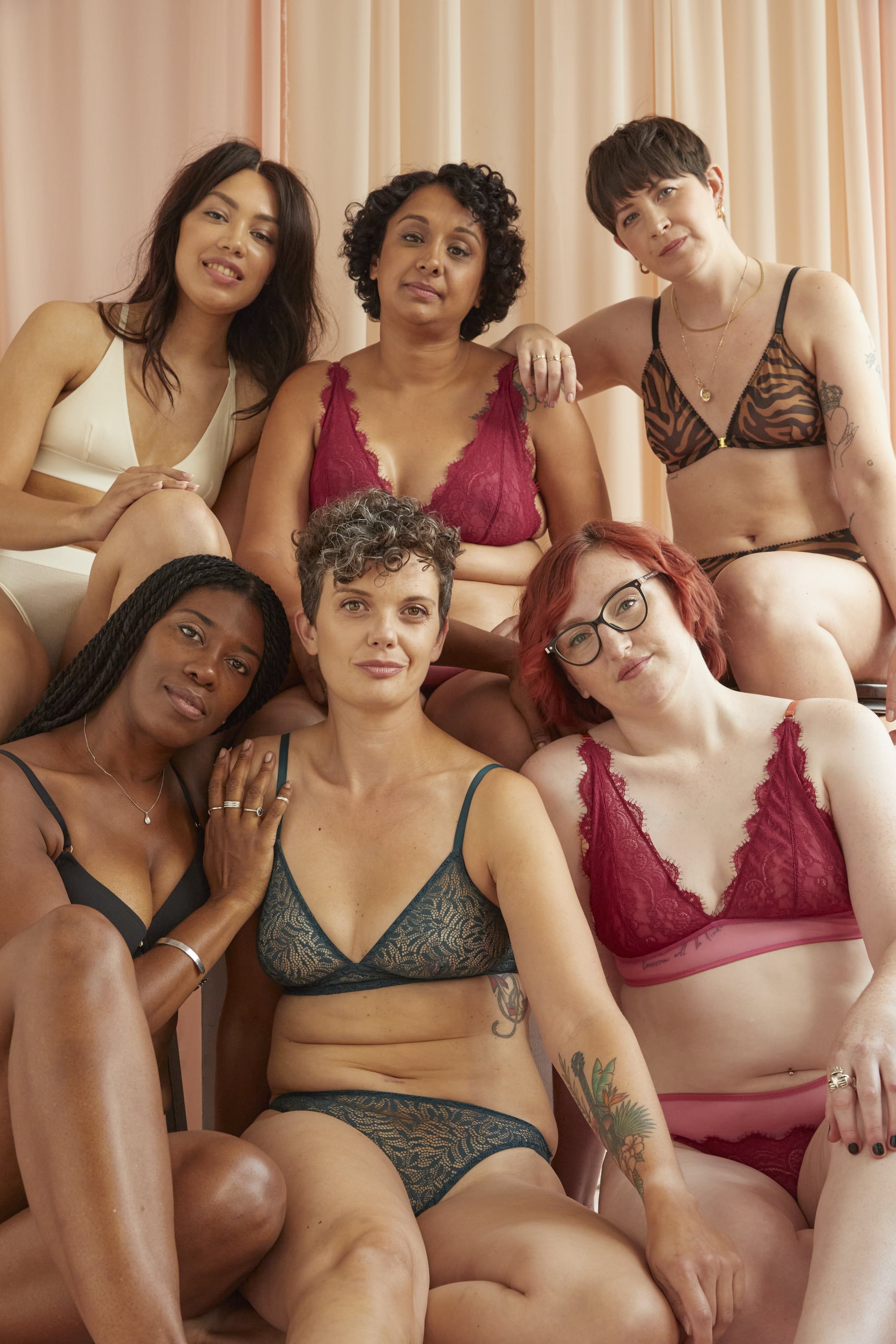 Tanya Robertson founded Womanhood as a destination for stylish, female-owned lingerie brands that support a woman's bra and body needs as they change throughout her life. "A bra is one of the most emotional purchases a woman will make," Robertson told POPSUGAR. "It is very confronting, and causes you to look at yourself naked, first of all." Womanhood is reimagining underwear fitting by finding the best brands that serve the individual needs of women — including bras that go up to a double H cup, bras with a 28 to 40 back, post-surgery bras, and sustainable pants that are holistically evaluated by Womanhood.

After watching the lingerie industry over the course of several years, Robertson began to think, "What could I do in this space?" She toyed with the idea of launching her own label and quickly realised that you need an engineering degree to create a bra. "It's incredibly complex and complicated if you do it right," she explained. "And a lot of people don't do it right, which I'm learning the hard way." At that point, Robertson started pulling together the brands that she liked, and she felt were "doing something different."

"The one thing they had in common was that they were all founded by women. And that was, I guess, my aha moment — of course people are creating from their own displeasure."

"When I looked at them, the one thing they had in common was that they were all founded by women. And that was, I guess, my aha moment — of course people are creating from their own displeasure, or things that they felt were not serving them well enough as customers," she said. "So I brought together in one place a collection of brands that you can shop, that come from all corners of the earth. I mean, we have brands that are from the UK. But then, as far afield as New Zealand and everywhere in between while identifying different support needs for customers. We now go up to a double H cup, which is amazing. And a 28 to 40 back. That's bigger than most retailers. And some really amazing sustainable brands that are just at the forefront of being fully transparent with the products they use." 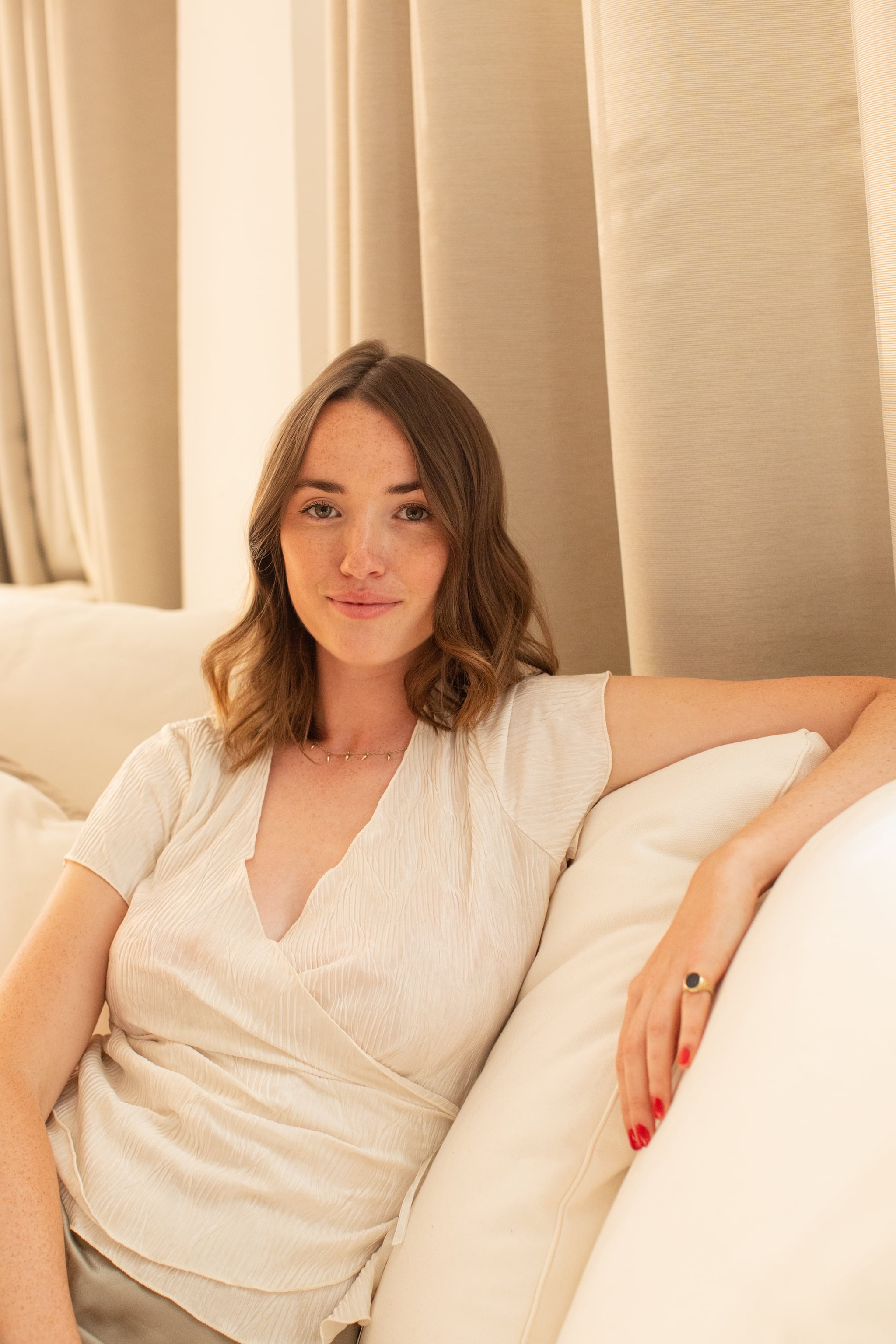 There isn't a universal standard for the progress brands are making towards sustainability, particularly when it comes to intimate items like bras and underwear. Robertson acknowledges this, and is completely transparent about what Womanhood considers to be sustainable. "There is a lot of rubbish out there, and a lot of people who are just regurgitating things that they don't fully understand," she said.

"For Womanhood, we're still fleshing out what that benchmark of sustainability means to us. But at the bare minimum, it really is around fabrics, the components of fabrics, and the ethics of factories."

"So for Womanhood, we're still fleshing out what that benchmark of sustainability means to us. But at the bare minimum, it really is around fabrics, the components of fabrics, and the ethics of factories." Robertson further explained that Womanhood buys into five categories for a brand to be considered sustainable on its website. In addition to low-carbon fabrics, fabric components like recycled hardware, and the ethics of factories, Womanhood also considers a brand's packaging and the authenticity of its messaging.

Since building a closer relationship with its clientele, Womanhood is more recently exploring specialised underwear for maternity and post-surgery support. "For Breast Cancer Awareness Month, I reached out to an amazing woman who I have admired a lot, called Lauren Mahon, who had breast cancer," Robertson said. "She is a breast cancer advocate. She also has her own charity, GirlvsCancer, which is amazing. We've worked with her in an influencer capacity for Womanhood before, but we wanted to do something for breast cancer awareness that didn't feel like we were just ticking a box."

"It's very obvious for a bra company to do something at that time of the month. But I think, what we wanted to do was stay true to who we were, in terms of creating a space for people to talk about what they have been going through, through the lens of breast cancer. So, we partnered with Lauren, who basically joined us as an advisor, during that time. I've never experienced breast cancer myself, so it was very important to me that it wasn't our opinion that was at the centre of this campaign. Lauren came on board and helped us in so many different ways. And we did an amazing shoot with five women who have been diagnosed with breast cancer, at various different stages. Some of whom are in recovery, some who still have breast cancer. And I cried." 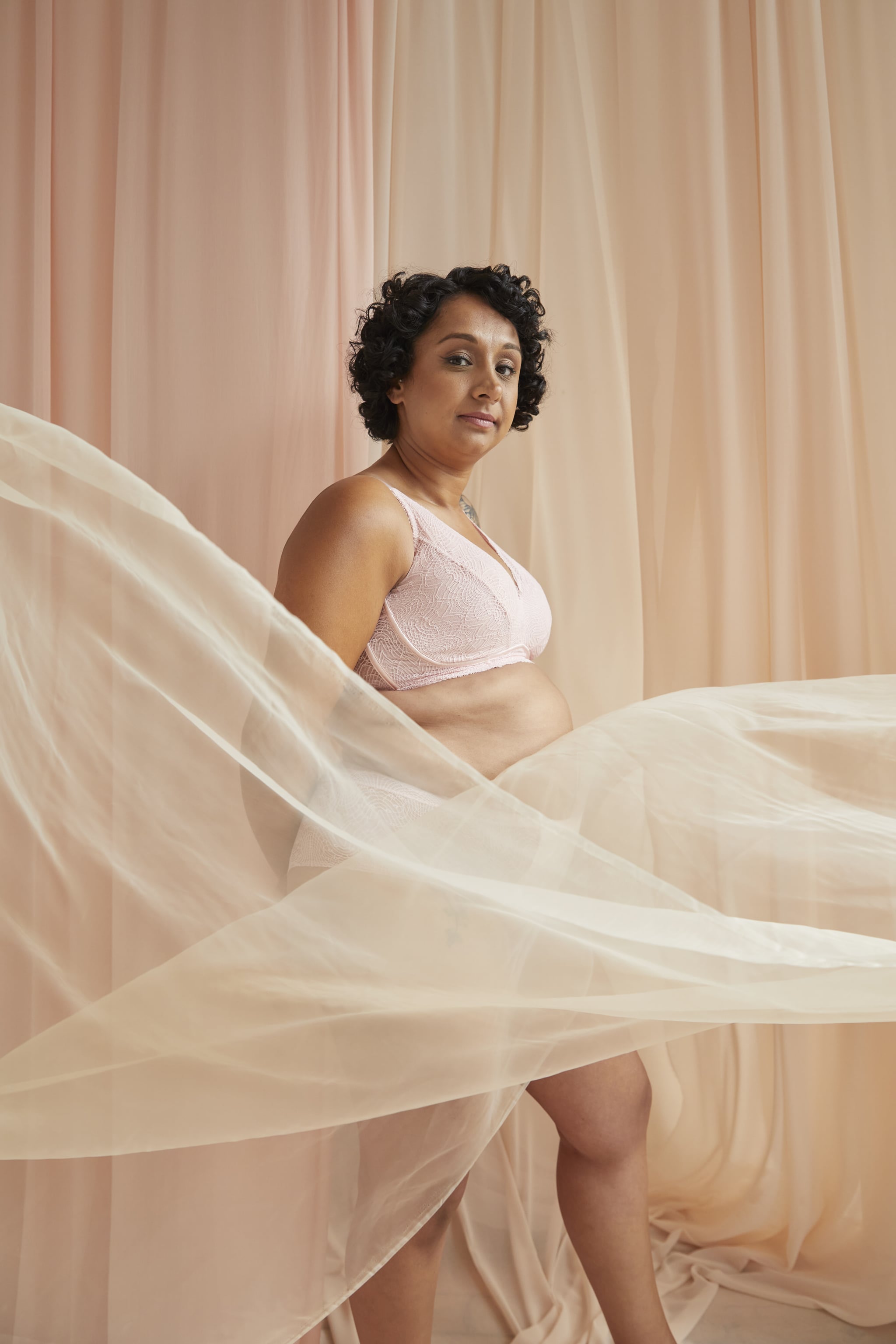 To complement the shoot, Womanhood hosted a group conversation lead by Mahon where the women involved shared their honest opinions, feelings, and thoughts, which was later recorded in a beautiful journal series available on the brand's website. "It was about what they had been through: 'This is who I am today. This is how it's impacted me.' Lauren and I were speaking about the fact that you don't really hear about women or people who have had breast cancer, talk about things like sex," Robertson shared. "That's definitely been a highlight for me this year, having the privilege to share those stories."

As part of the campaign, Womanhood launched two new post-surgery brands. "One that's American, and one that's British that goes up to a G cup," she said. "Both brands have a sustainability element to them in terms of material composition and how those materials are made. But they are also very different, because one brand is a bit more every day, functional. And then the other is much more luxurious. Both are incredible and very necessary in terms of the support and care that they offer. Meaning literal care, care to the skin and the surrounding area."

A portion of the proceeds from the post-surgery collection has continued to be donated to the charity Make 2nds Count. "It's a charity that do work around secondary breast cancer, which this year was a huge topic of conversation because of Sarah Harding and the breast cancer she had," Robertson explained. "There's a lot of misinformation about it. There's a lot of people that don't even know about it. And actually, secondary breast cancer is a very different type of breast cancer. So we worked with Make 2nds Count in October, and we have continued to donate a portion of those sales from those brands through to the end of this year, because why would you not? I don't want to just partner with anyone for the sake of it, to make it look like we're doing our bit. I think looking at it from a whole perspective of how we integrate that into a campaign, and across our products, and across our customer, that's just how I want to do it."

Fashion Collections
Exclusive: Here's the Underwear You're About to See on Rihanna's Savage x Fenty Runway
by Sarah Wasilak 16/9/21 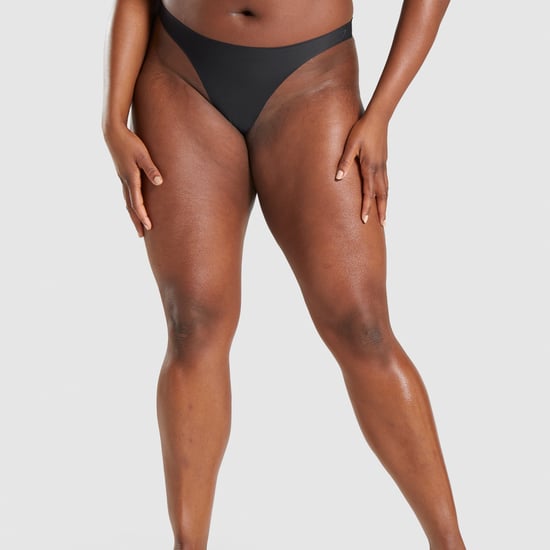