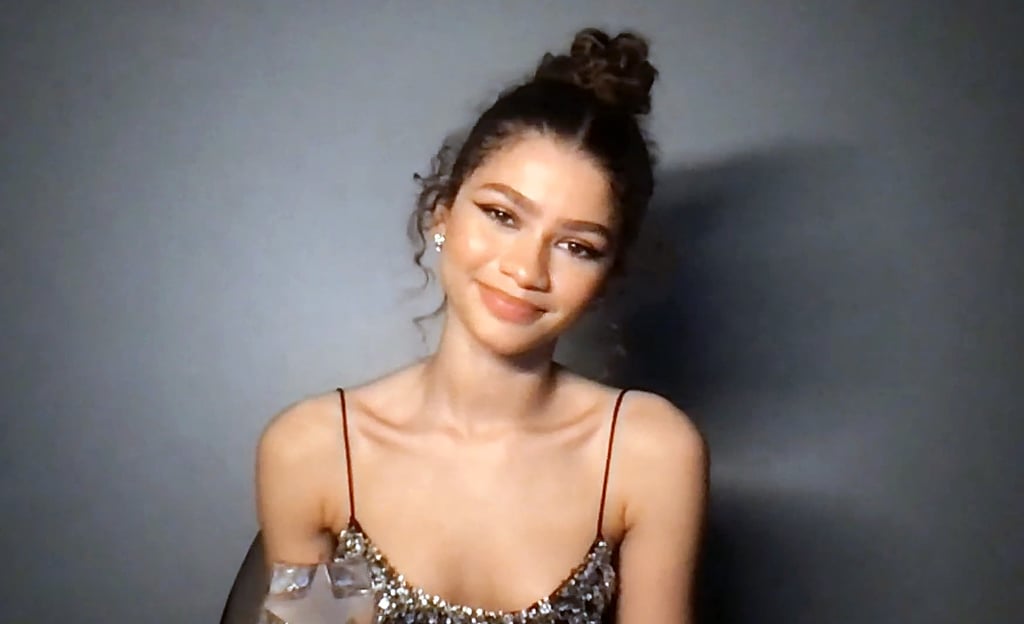 Is It Possible For Zendaya to Glow Any Brighter? Her Glistening Dress Says "Hell Yes"

Zendaya accepted an incredible honour at the 26th annual Critics' Choice Awards, as she is the youngest recipient of the SeeHer Award, which has recognised women five years running for their excellence in authentic portrayal of women in entertainment. Previously accepted by Kristen Bell, Viola Davis, Claire Foy, and Gal Gadot, the title signifies being one of Hollywood's leading role models, and it's particularly special that Zendaya's co-star of Malcolm & Marie, John David Washington, recognised her for it.

Zendaya's longtime friend and stylist Image Architect Law Roach (who also dressed her for the small-budget movie she filmed during the pandemic) was by her side to collaborate on a look for the meaningful occasion at the virtual ceremony. While we have yet to see Zendaya's outfit in full, it appears she chose a strappy dress with a bodice dripping in sequins and jewels to match her diamond cluster earrings. Ahead, take in her undeniable glow.

Celebrity Style
Dua Lipa, Rochelle Humes, and More of the Best Dressed at the 2021 British Fashion Awards
by Kara Kia 23 hours ago