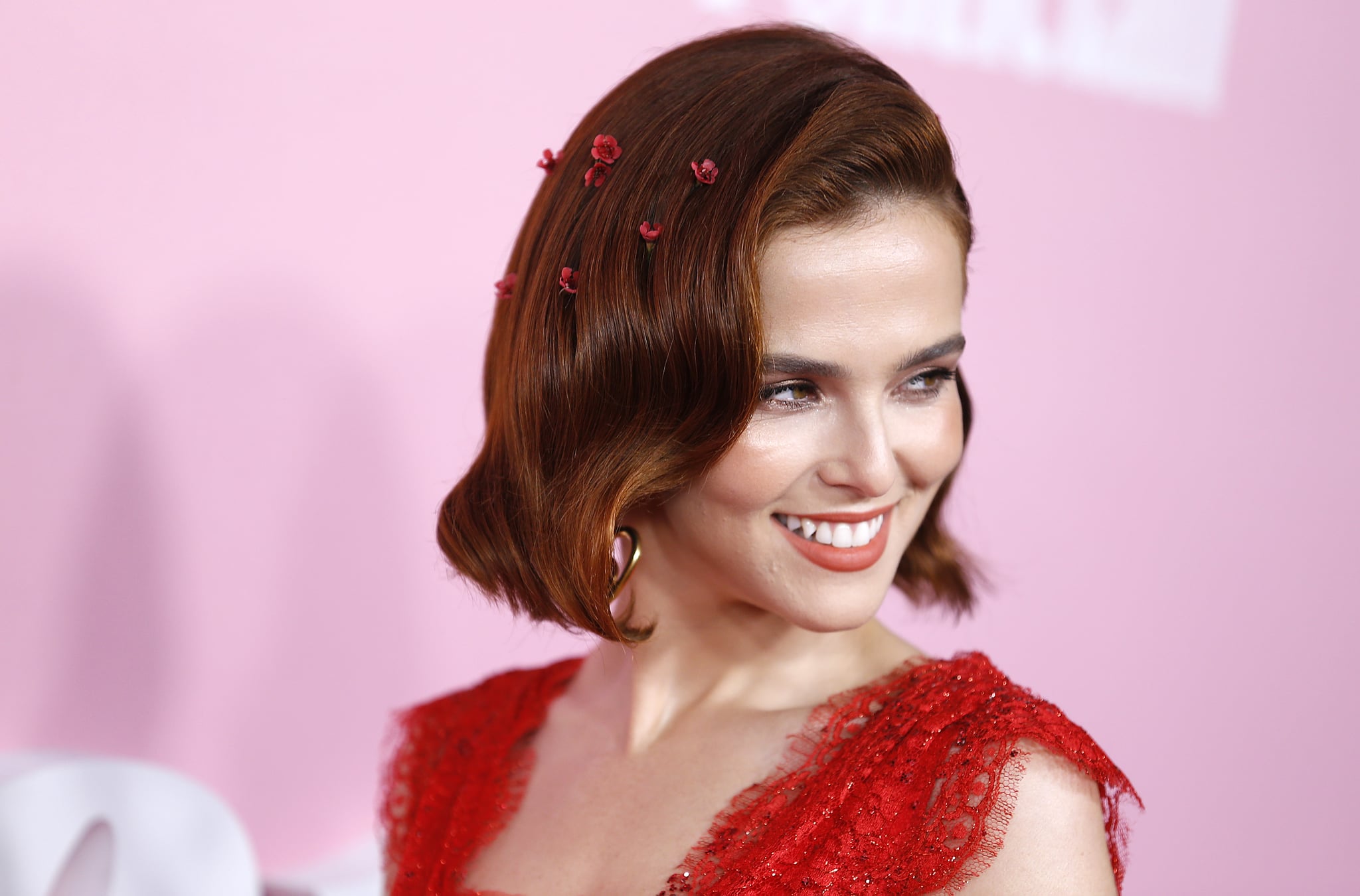 Zoey Deutch in Von Dutch just feels right. The actress recently shared a series of set photos in various quintessentially 2000s outfits that will smack many millennials in the face with nostalgia. Unless an indication of where Zoey's personal style is headed ("the real me," reads her caption), it's likely that the outfit photos were taken during the making of the Zombieland sequel, in which she portrayed a bubbly apocalypse survivor who stuck things out in a Pinkberry freezer for a decade.

Though she only wore a few different outfits throughout the zombie comedy, these photos prove there were so many good options. There's a turquoise tracksuit, several puffy jackets, glittery heart-shaped sunglasses, trucker hats, lace-up ankle booties, that once ubiquitous Tiffany & Co. charm necklace, a lacy halter top, and, again, so much Von Dutch. Basically, middle school me is seething with jealousy. Take a trip back to the glam and oftentimes wonderfully tacky decade by browsing Zoey's photos ahead.