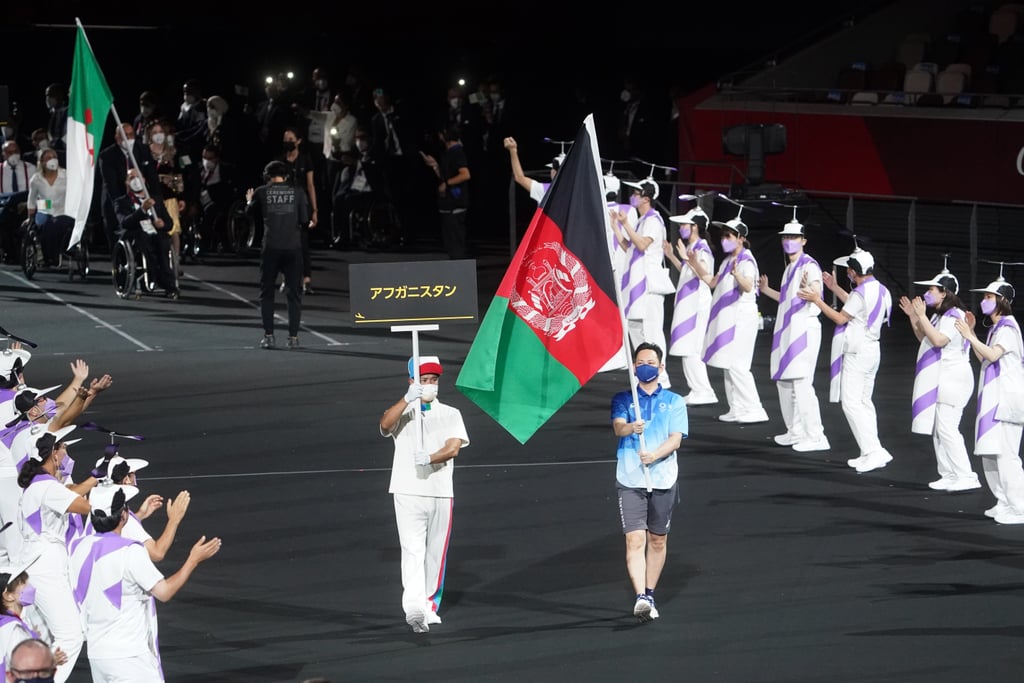 During the Paralympics opening ceremony on Tuesday night in Tokyo, the Afghanistan national flag was carried in as a show of "solidarity and peace", according to Andrew Parsons, the President of the International Paralympic Committee (IPC). Afghanistan was supposed to have two athletes compete in the Paralympic Games, but had to withdraw after flights out of Kabul were cancelled following the Taliban seizure of power.

The two Afghan athletes that were set to compete in the Paralympics were track athlete Hossain Rasouli and taekwondo athlete Zakia Khudadadi, who would have been the first Afghan woman to compete in the Paralympics. Last week, Parsons told Reuters that there were no commercial flights out of Kabul and that there was "no safe way to try to bring these athletes to Tokyo".

The Afghanistan flag is also flown from the Olympic stadium in Tokyo. "It is important to highlight that as it is a message of solidarity and peace that we send to the world," Parsons said, according to Olympics.com "We would like to have them here, unfortunately it is not possible, but they will be here in spirit."

Scroll through to see photos of the Afghanistan flag being carried in during the Paralympics opening ceremony.