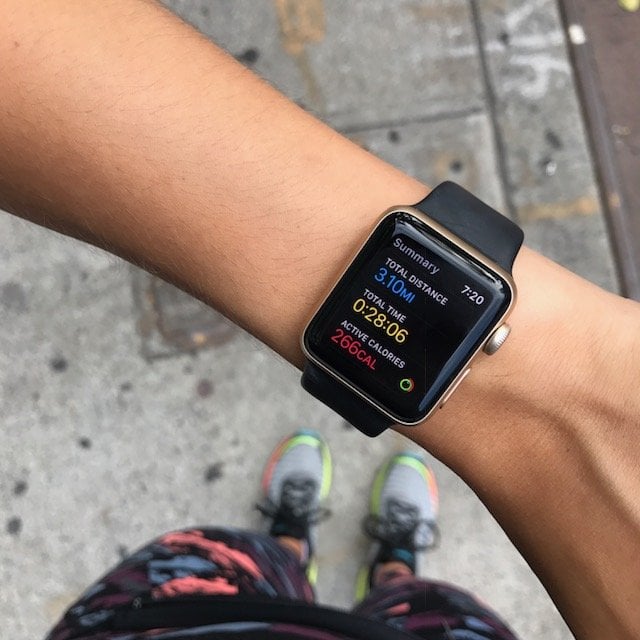 Summer in New York City can be downright rough. As if staring at your electricity bill isn't depressing enough on its own (thank you, air conditioner), working out in the muggy afternoons is much less than ideal. Only a few weeks into the season, I noticed a pretty crappy byproduct of the season: my fitness routine was slipping. Warm mornings had made it tough to leave the comfort of my cool bedroom for a sunrise run. As someone who swears by early a.m. workouts, I saw my productivity slipping by the wayside as my lazy mornings became more frequent. Despite managing to get to midday Spin classes or even the occasional hot yoga situation, I still felt blob-ish.

I knew I needed to get my mojo back. So, I decided to commit to running every morning for a week. The rules: Hit a 5K first thing (after, of course, the whole wash my face, brush my teeth, put clothing on schtick). The pace didn't matter. All that mattered was that I would get up, get out, log the miles, and well, the rest of the day was mine to conquer.

A quick note on me and my running capabilities: I've run five marathons (I've also lost 70 pounds in the process). The last one was almost a year ago. Still, these daily 5Ks didn't come easy to me. There were days I hated it, and there were days I loved it. Days five and six, the temperatures were perfection — 60 degrees, sunny, and low humidity — making me fall in love with this city all over again with each step. Throughout the week, here are the four biggest lessons I learned running a 5K every morning for a week: 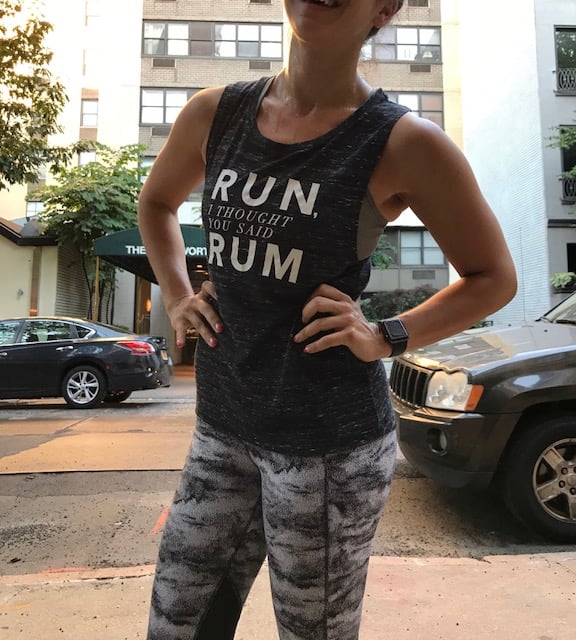 Getting out the door at an early hour is a whole lot easier if you set yourself up for success. Before bed each night, I'd set aside a pair of shorts or leggings, a sports bra, and a tank. Knowing exactly what I was going to put on gave me one less excuse to procrastinate before walking down the four flights of stairs from my flat to the street. Plus, have you seen what happens when you try to put together a matching outfit pre-6 a.m.? No wonder why most New Yorkers only wear black.

2. The earlier, the better. 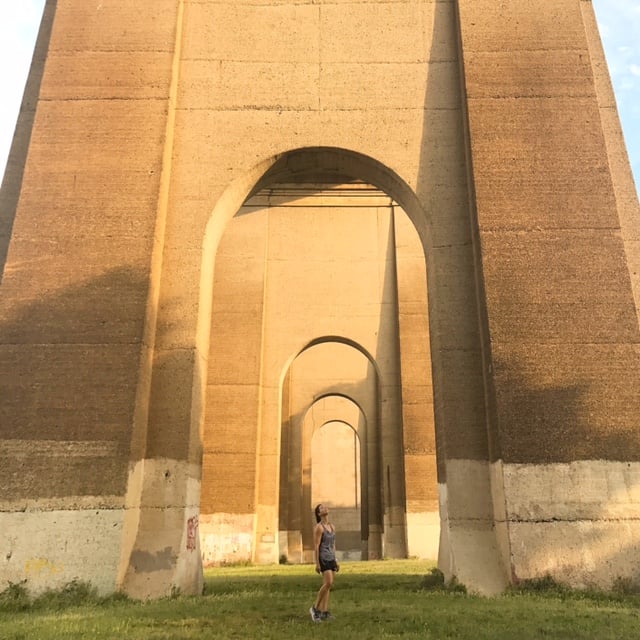 I despise humidity like I despised sophomore year statistics class in college. While sleep is amazing, there's no denying that beating the heat is 100-percent worth setting that alarm for an hour earlier. Maybe I'm just super sensitive, but I found that leaving after 6:30 meant it was harder for me to breathe. By setting a 5:45 a.m. alarm, I was able to get up, dressed, and my act together before hitting my stride by 6:10 a.m. This, for me, was ideal.

3. Partnering up can save your stride. 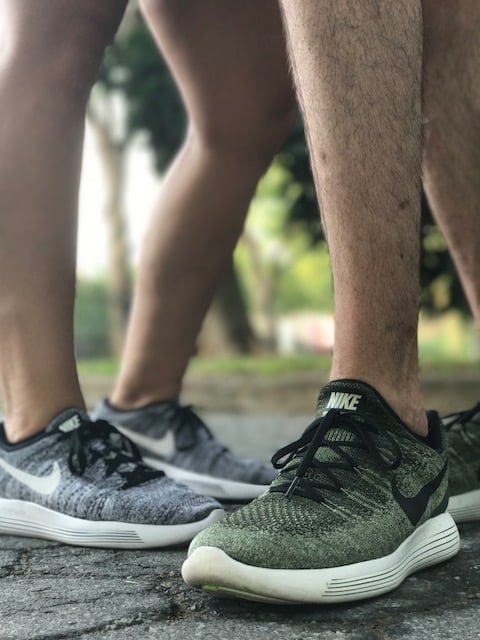 On day one of my 5Ks, I joined my boyfriend for a 10K. (He's an overachiever and after a glutenous date night, I felt like the jump-start could do me good.) I'll be the first to admit that I was in the front seat on the struggle bus. Last month, the man spontaneously decided to run 20 miles because "he was feeling great." So just envision this scene with me: it's mile two of our run, he's cruising along like a gazelle, and I stare in his general direction using puppy eyes asking him if we can take a pitstop so I can assault a water fountain.

Still, without him being there to push me past my comfort zone, I doubt I would have finished the miles that day. I became competitive, not just with him, but with myself. You've run marathons, I thought to myself. You can run a 10K. Although I didn't get to that desirable happy place on my run where you blink and suddenly it's done, I did check the box. After I felt appreciative to have had him to get me through. I also felt appreciative when he made coffee upon returning to the apartment.

4. When something becomes habit, it's easier to stick with. 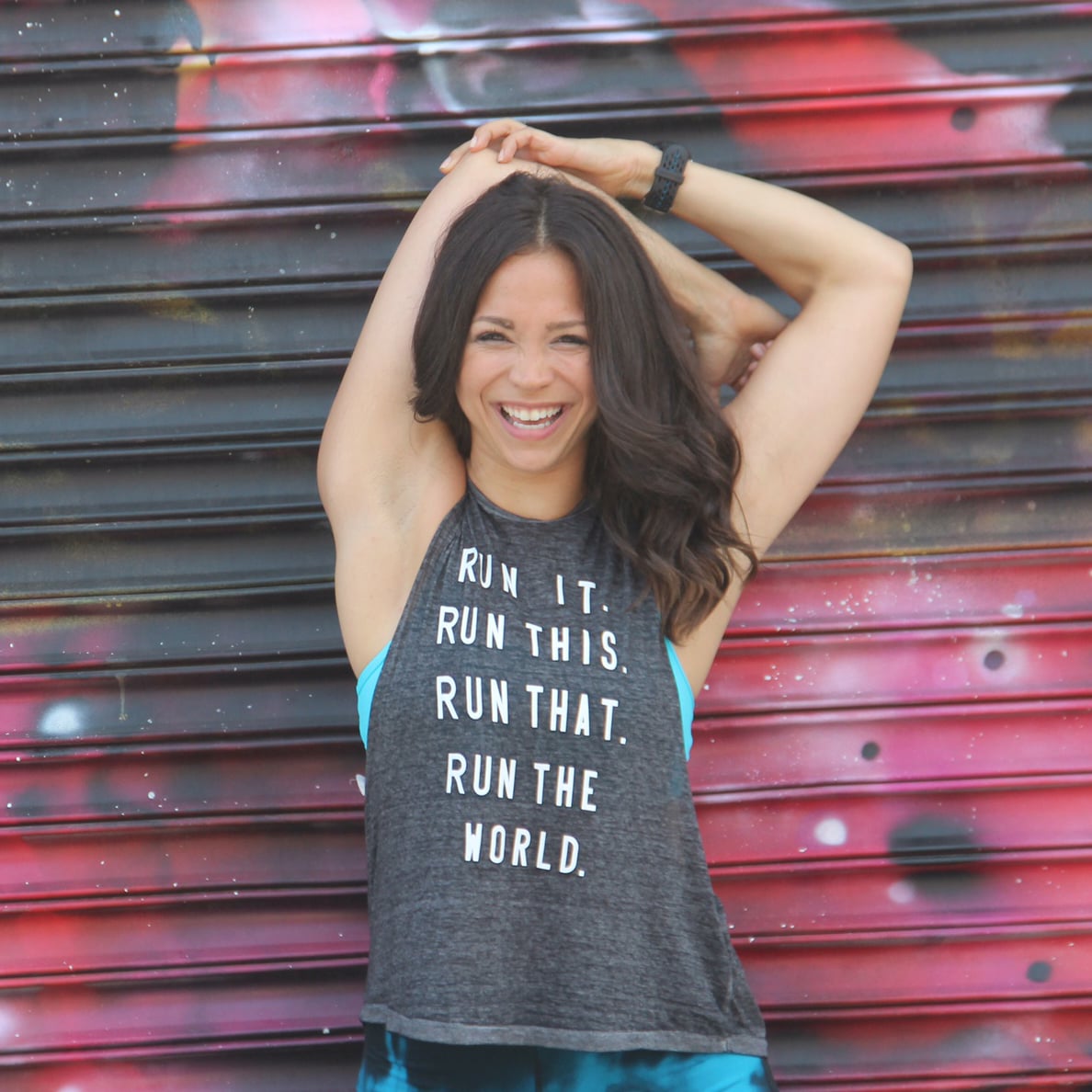 When I started running back in 2007, I committed to logging the same distance every day, rain or shine. I didn't love those give-or-take 14-minute pavement dates, but after two Summer months of running daily, it had become routine. I started to look forward to taking that time for myself. Regardless of the snail-worthy pace, I felt like I had finally done something for myself. I felt accomplished.

This week of 5K running brought me back to that time. I found that by day eight (yes, I know that there are seven days in a week), I was still waking up to run 3.1 miles before going on with my day. Yes, I kept it going even AFTER I was "done." It took me one week to make this 5K morning situation habit. One week a 5Ks to find some inner peace and jump-start my fitness back to where I'm happiest. Maybe for you, it's not running. But perhaps you too can be surprised at what you're capable of when you set your mind to a goal — and execute.