History is in the making, and we're here for it. Adam Lippon is the first openly gay athlete to qualify for the US Team for the Winter Olympics, and he's a figure skater who is quickly capturing the hearts of people all around the world.

At the US National Championships, he gave a nearly flawless performance to the remix of "Let Me Think About It" by Ida Corr and DJ Fedde le Grand. While most figure skaters perform to music that's lyrical and graceful, Adam brought boundless energy and a whole lot of fierce to the arena, not to mention his perfect jumps and spins.

While Adam, 28, certainly isn't the first gay athlete to compete in the Winter Olympics, he's making history by being the first openly gay competitor. In 2015, a year after he won a silver medal in the 2014 Sochi Olympics, US freestyle skier Gus Kenworthy announced publicly that he is gay. Luger John Fennell, who is also openly gay, was in the running to compete in the Winter Olympics this year, but due to a sled malfunction, he didn't qualify.

This is a big moment for Adam and the LGBTQ+ community, and we can't wait to see what else he accomplishes!

Coronavirus
How Long Can You Safely Work Out in a Mask? Experts Say It Depends on These Factors
by Caitlin Flynn 4 days ago 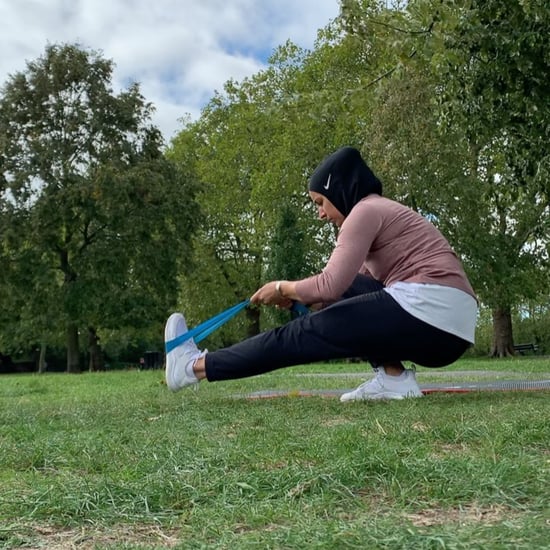 Trainer Tips
If You Struggle With Pistol Squats, This Trainer Has 4 Drills to Help You Learn How to Do Them
by Samantha Brodsky 6 days ago