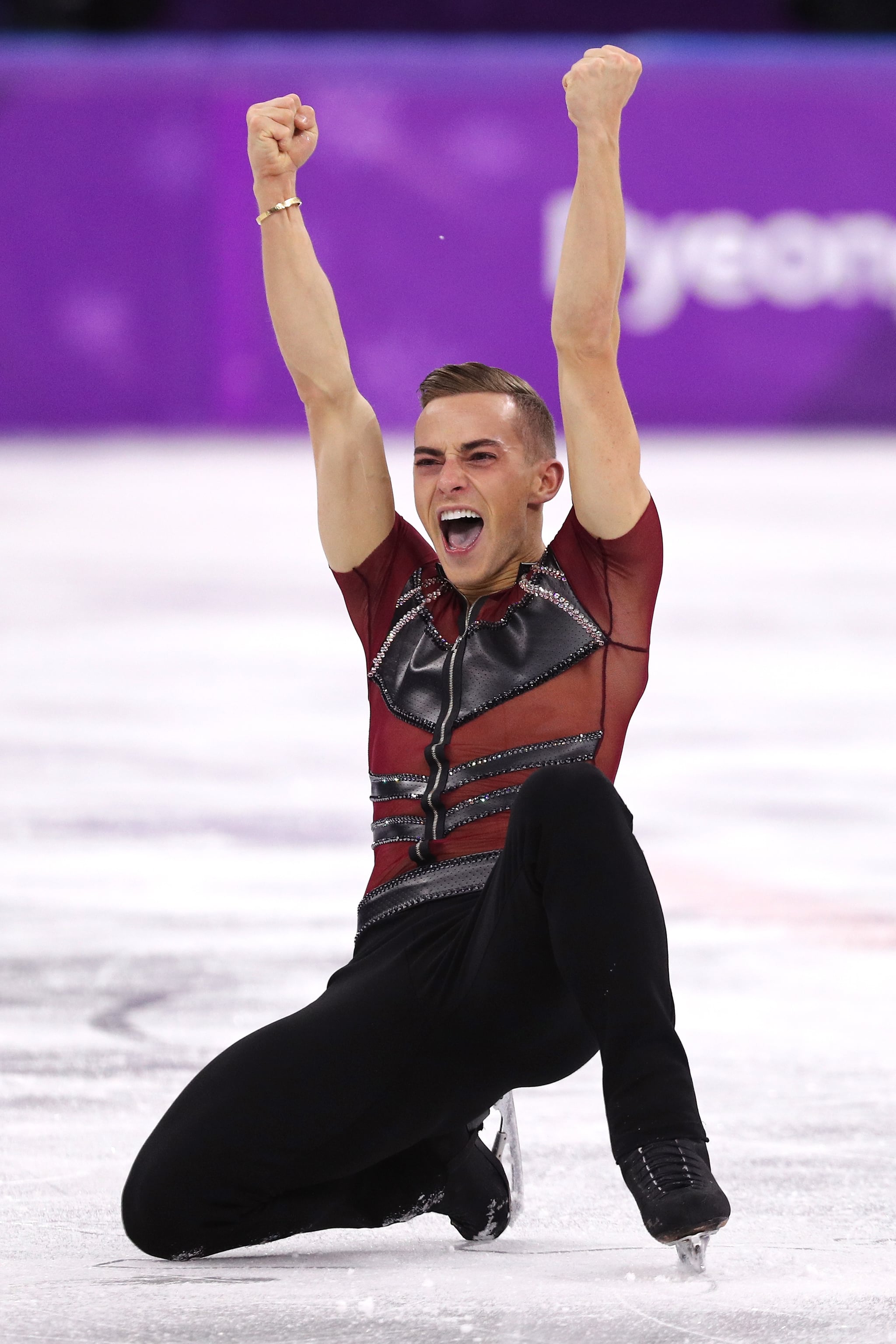 "I may not be the best, but I'm the most fun," Adam Rippon told NBC live on air before he took the icy stage for his men's short program performance. And fun was an understatement, because holy sh*t, he slayed. It was like watching someone fabulous turn up in the club, but in the most elegant and flawless way . . . and with blades strapped to the bottoms of their feet.

Related:
Listen Up: Figure Skater Adam Rippon Should Be Your New Favorite Person, and Here's Why

The judges were apparently picking up the diva vibe Adam was putting down, too: they gave him one of the highest scores of the night, 87.95 which temporarily launched him into first place.

For reference, here's the full routine he performed in Pyeongchang (this video is from earlier this year).

And of course, everyone in the crowd and on the internet is living for it. Here are some of our favorite reactions (so far):

. @Adaripp with the Ida Corr remix, flashy top, and not a hair out of place 👌🏻

@Adaripp YOU ARE AMAZING! Just watched your short program...WOWZA! I'm on my feet screaming. You are an American treasure!

@Adaripp you SLAYED that ice baby. You deserve that GOLD! Slay baby slay! You inspire me. #AdamRippon #myabsolutefavorite #TeamUSA

Holy hell. @Adaripp you skating to what we dance to in the gay bars is what I could have used as a young gay kiddo. Thank you for being YOU and being amazing these #Olympics

This is the closest I will ever get to dancing in da club with #AdamRippon gosh darn it. #Figureskating #Olympics

Can I just say @Adaripp just slaying out on the ice. Like damn!! Jaw dropping performance!! 😍😘🙌