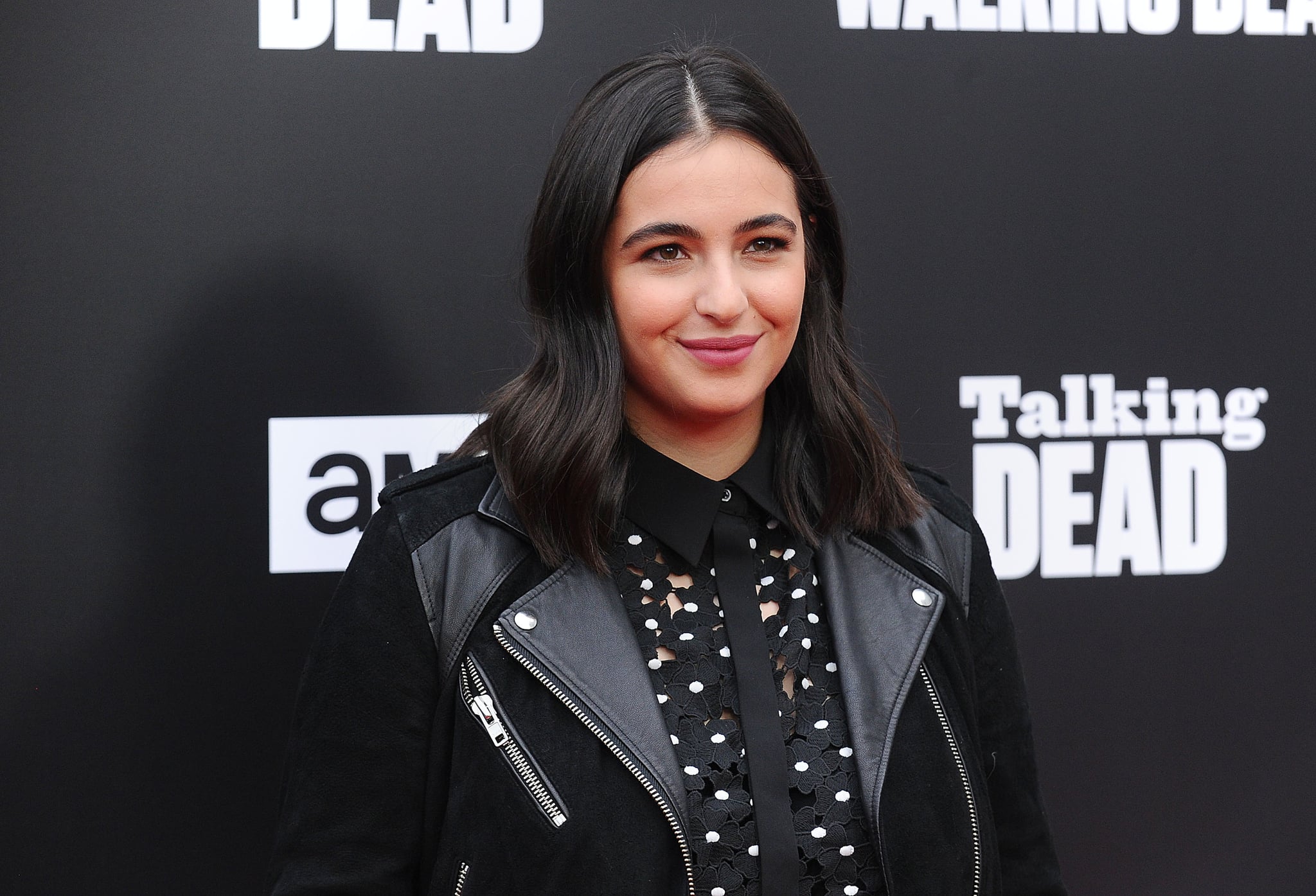 After Alanna Masterson's first episode back on The Walking Dead this week, outspoken critics have been trolling the internet with very obnoxious comments, but to much surprise, they were not discussing the episode — they were criticising her appearance. Masterson has fired back at her haters with an incredibly powerful Instagram post, silencing those who said she looked overweight in the episode and explaining that it was filmed right after she gave birth to her daughter, Marlowe.

Regardless of what you thought of the episode, judging an actress or shaming her for looking a certain way is never OK, and Masterson makes that very clear in her post.

"Dear Instagram trolls, body shamers, and the men and woman who think it's ok to comment on my weight: I hope that you don't have children," she started her post, alongside the photo of her daughter, below. "And if you do, I hope you teach them about kindness and acceptance. I hope they learn that it isn't ok to make fun of people or call people names. I hope one day YOU learn what it takes to be a parent. A kind, selfless parent. A working parent. A parent that puts themselves in someone else's shoes."

Masterson continues to gloriously shut down anyone who has anything negative to say about her appearance, because she has worked so hard for the show. "Maybe you can't get it through your thick f*cking skull, but nursing a baby for a year (and pumping in a van between takes, in the dead of summer in Georgia) is a lot of work, determination, and scheduling," she wrote. "So before you decide to make a comment about my chest being 'too large' or how 'fat' I've become, just know that this little girl got the best start to life. I wouldn't have changed it for a second. I would've gladly continued to eat enough calories to produce milk for her little bones to grow."

"Also, grow the f*ck up. Your mother should be ashamed for raising such a judgemental bully. I'm sure she knows how 'courageous' you must be for trolling and hiding behind your Iphone and computers. P.s. I would LOVE to see any man or woman give birth to a baby, nurse the baby, and then work 17 hour days and NAIL their own stunts. P.s.s. Be kind to each other. We need it now more than ever."

Preach! After Masterson's powerful message had fans all over the world cheering, she added one final statement on Twitter, writing, "If I can make anyone out there feel 10% better about themselves, I've done my job. Don't let anyone put u down. You are unique & I SEE YOU."

Really wasn't expecting the amount of love from my fans after what I posted on Instagram. I love you guys. Seriously. ❤️

If I can make anyone out there feel 10% better about themselves, I've done my job. Don't let anyone put u down. You are unique & I SEE YOU.

Shrill
From "Fat Monica" to Fat Amy: How Hollywood Highlighted My Internalized Fatphobia
by Grayson Gilcrease 17/5/21