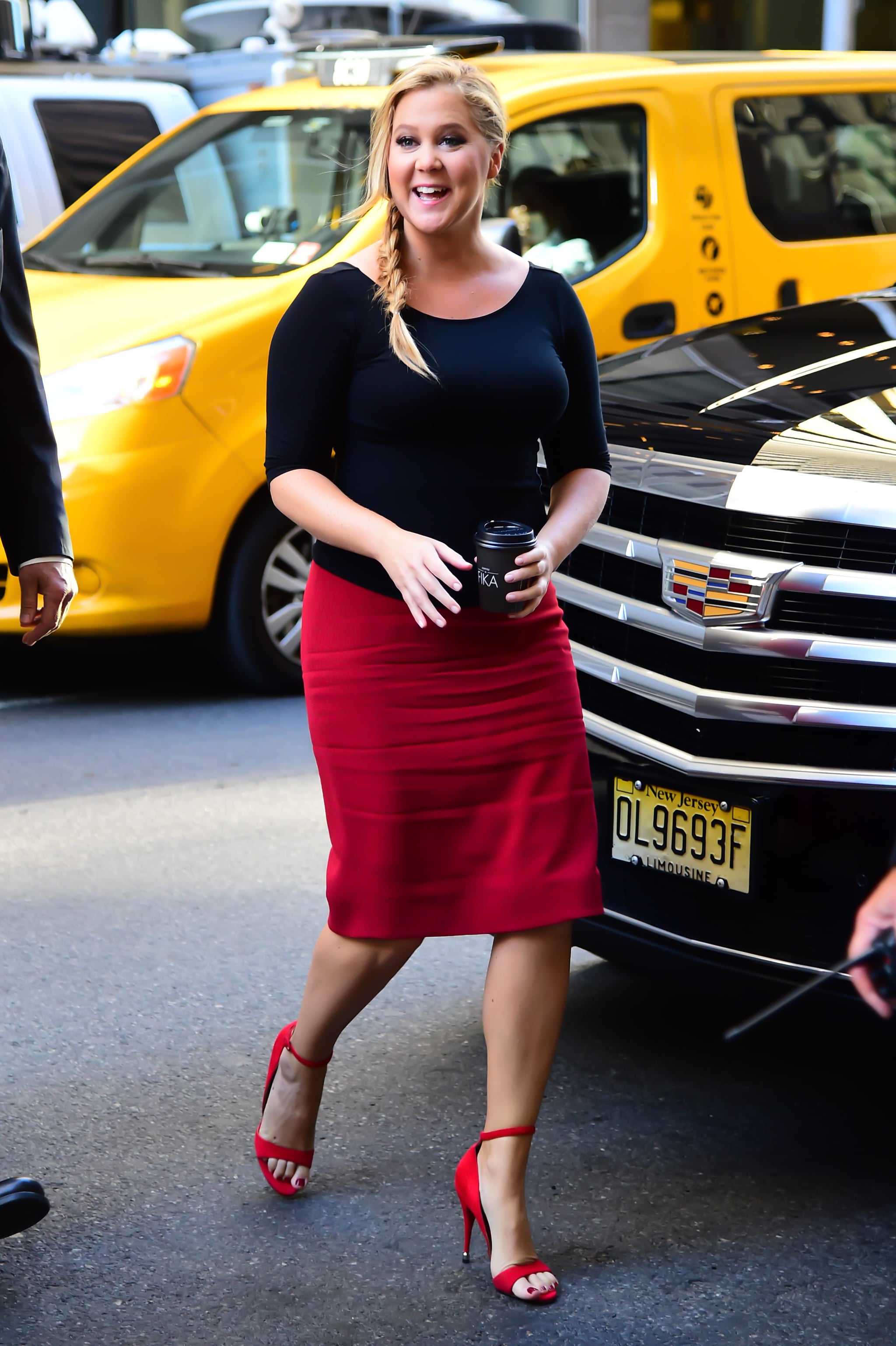 "Is it fat shaming if you know you're not fat and have zero shame in your game? I don't think so." If that's not a mic-drop moment from Amy Schumer, we don't know what is.

In her Instagram yesterday, Amy gave a positive and powerful message that we all can learn from. "I am strong and proud of how I live my life and say what I mean and fight for what I believe in and I have a blast doing it with the people I love. Where's the shame? It's not there."

And her response to trolls? "My deepest sympathy goes out to the trolls who are in more pain than we will ever understand," she said. "We need to laugh at the haters and sympathise with them. They can scream as loud as they want. We can't hear them because we are getting shit done. I am proud to lead by example."

Anyone who has ever been bullied can relate to what Amy has gone through, especially after she received vicious comments following the announcement that she would play Barbie in Mattel's upcoming Barbie movie. But in true Amy Schumer style, she held her head high and affirmed her best qualities, feeling stronger and prouder than ever. "I'm a great friend, sister, daughter and girlfriend. I'm a badass comic headlining arenas all over the world and making tv and movies and writing books where I lay it all out there and I'm fearless like you can be."

And frankly, we think this confidence and fearlessness is what makes her best suited for the role of Barbie.