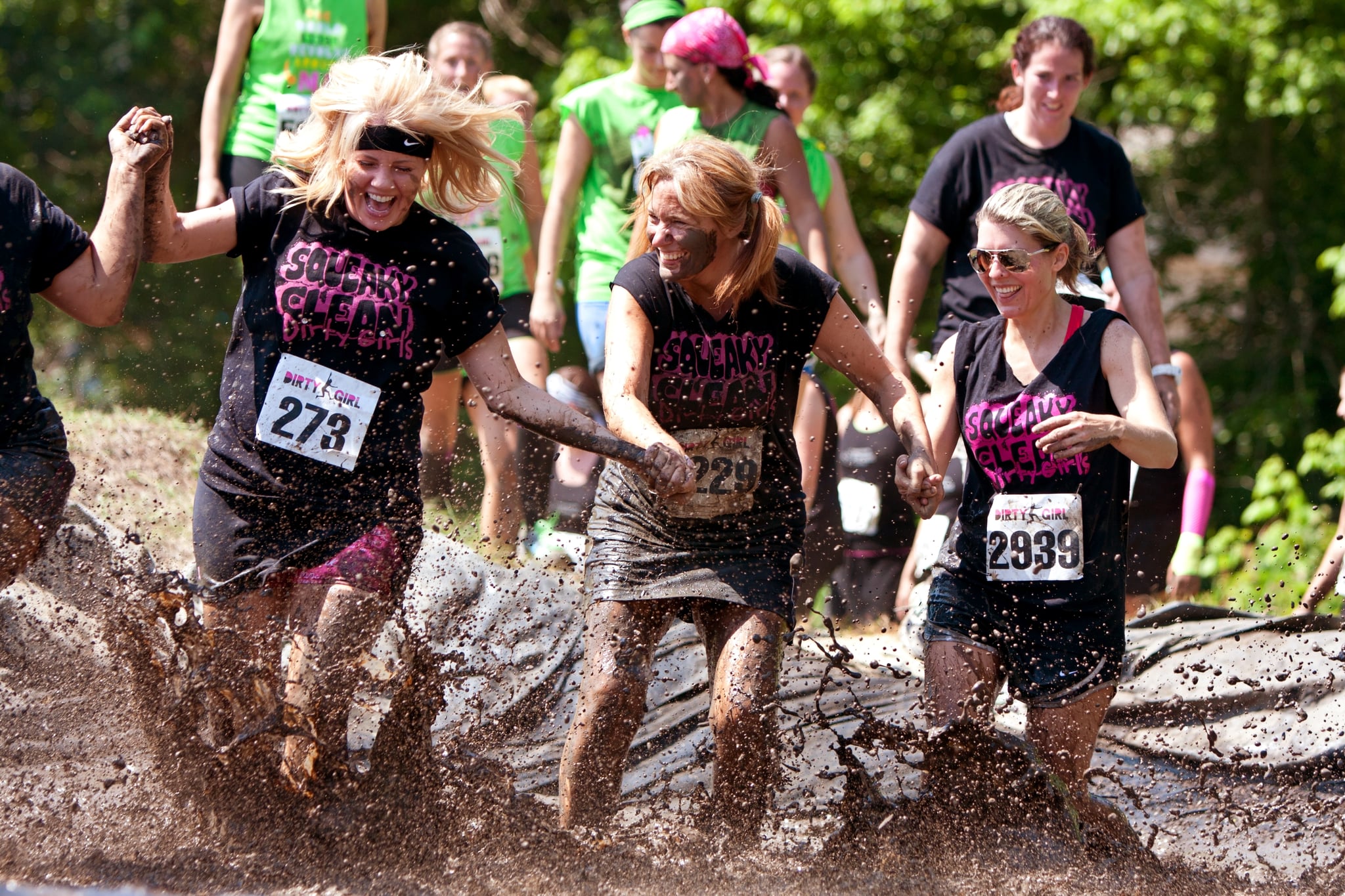 As mud runs are becoming increasingly popular, they're giving us more reasons not to do them. It was scary enough to read about the woman who went blind in one eye after doing a mud run, and now over 1,000 people who did a mud run in France contracted norovirus, a highly contagious virus that causes vomiting, diarrhea, and stomach pain. A French regional health agency confirmed that the mud run is what caused the participants' sickness, and that the virus "is known to be the leading cause of acute gastroenteritis in adults," aka stomach flu. I've never done a mud run, but I can imagine how easy it would be to accidentally ingest mud as you're running through it, which is likely what happened here. What's even worse is that "some runners took to Mud Day's Facebook page complaining that sections of the course smelled distinctly of horse manure," UPI reports.

These are certainly not the first incidents to link mud runs with health complications. The CDC notes similar occurrences and adds, "These races are commonly held in rural areas. If these areas were used for animal grazing, the soil could be contaminated with germs (bacteria, viruses) like E. coli, norovirus, and Campylobacter from the animal faeces (poo). And, somehow, those germs can get into people's mouths."

Anyone else thinking of opting out of this trend and sticking with a good old pavement run?