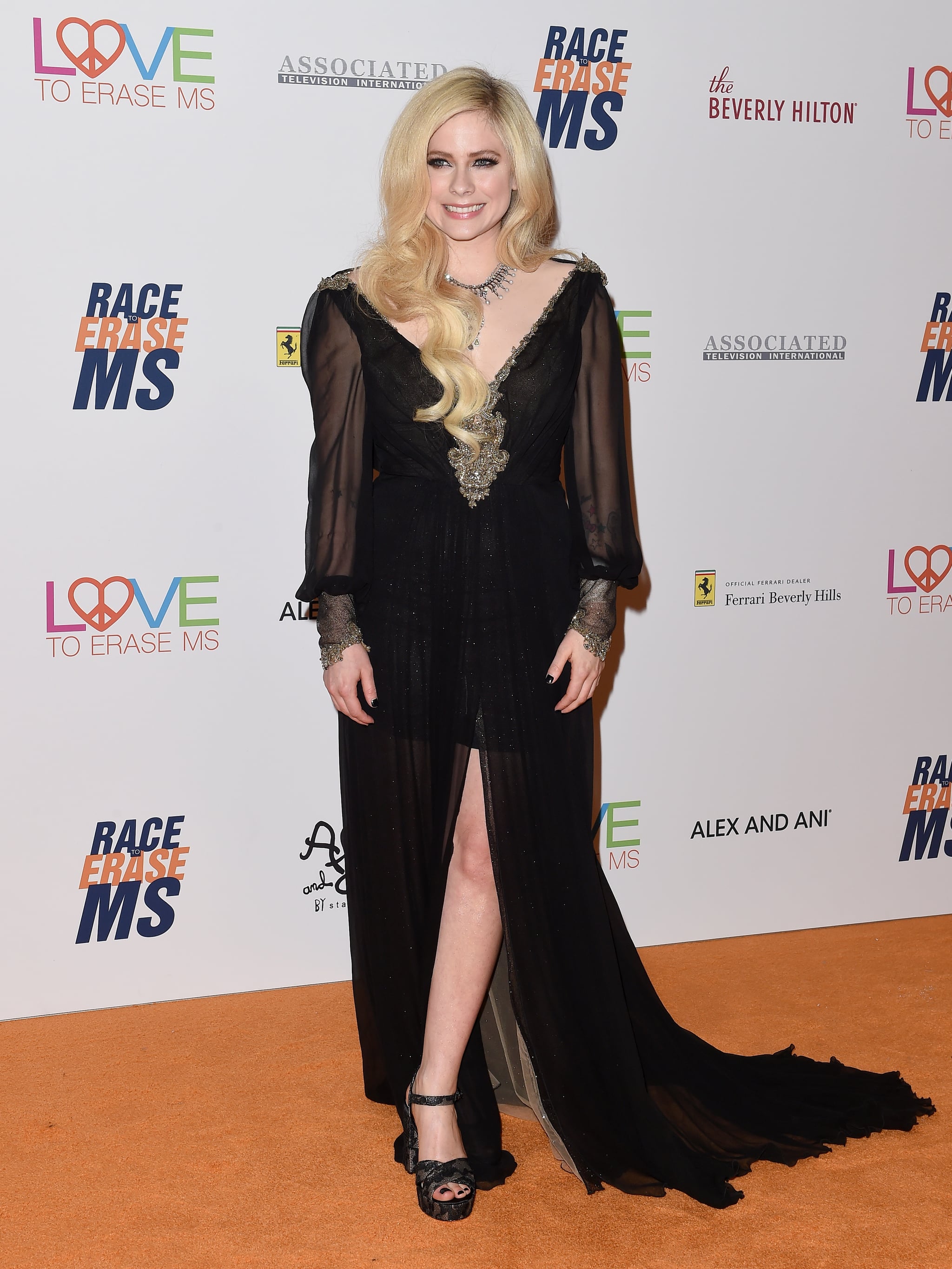 Avril Lavigne has kept mostly out of the spotlight since she announced her Lyme disease diagnosis back in 2015. Now, the "Complicated" singer has updated fans on her battle with Lyme disease in a letter to her fans on her website.

"I spent the last few years at home sick fighting Lyme Disease," she wrote. "Those were the worst years of my life as I went through both physical and emotional battles." She also revealed that she's releasing new music for the first time in five years — music that's influenced by her struggles with her illness. Her first single is titled "Head Above Water."

Although Avril gave a happy update on her Lyme disease in 2015, it hasn't been an easy journey for the singer. She said she wrote "Head Above Water" during one of the "scariest" moments of her life. "I had accepted death and could feel my body shutting down," she wrote in the letter.

Now, Avril is using her experience to shed light on the dangers of Lyme disease and help others prevent the same outcome.

"I have decided to be truthful about my struggle, open and more vulnerable than ever before. And to be honest, part of me doesn't want to talk about being sick because I want it to all be behind me, but I know I have to. Because not only is it a part of my life," she wrote. "I need to bring awareness to the severity of Lyme Disease. A single bug bite can f*ck you up hard." She went on to explain that Lyme must be treated almost immediately and many people go untreated or find a hard time getting a diagnosis.

She started The Avril Lavigne Foundation which supports people with Lyme disease, serious illness, and disabilities by providing funding and education. In her letter, Avril announced that her foundation's website provides Lyme prevention resources to connect with doctors who specialise in Lyme disease diagnosis and treatment. She also revealed that her foundation will be partnering with scientific teams to conduct more research on the disease.

Although Avril has had a difficult battle with Lyme, it's amazing that she's using her experience to educate and help others. We can't wait to hear her new music and wish her a continued recovery.