When you're in the zone, the bacteria in your fitness class can be the last thing on your mind. But did you know that some classes and pieces of equipment are dirtier than your toilet bowl? Yikes. Molly Given from YourTango has the info you need to know about how to stay healthy when it comes to germs in your workouts. 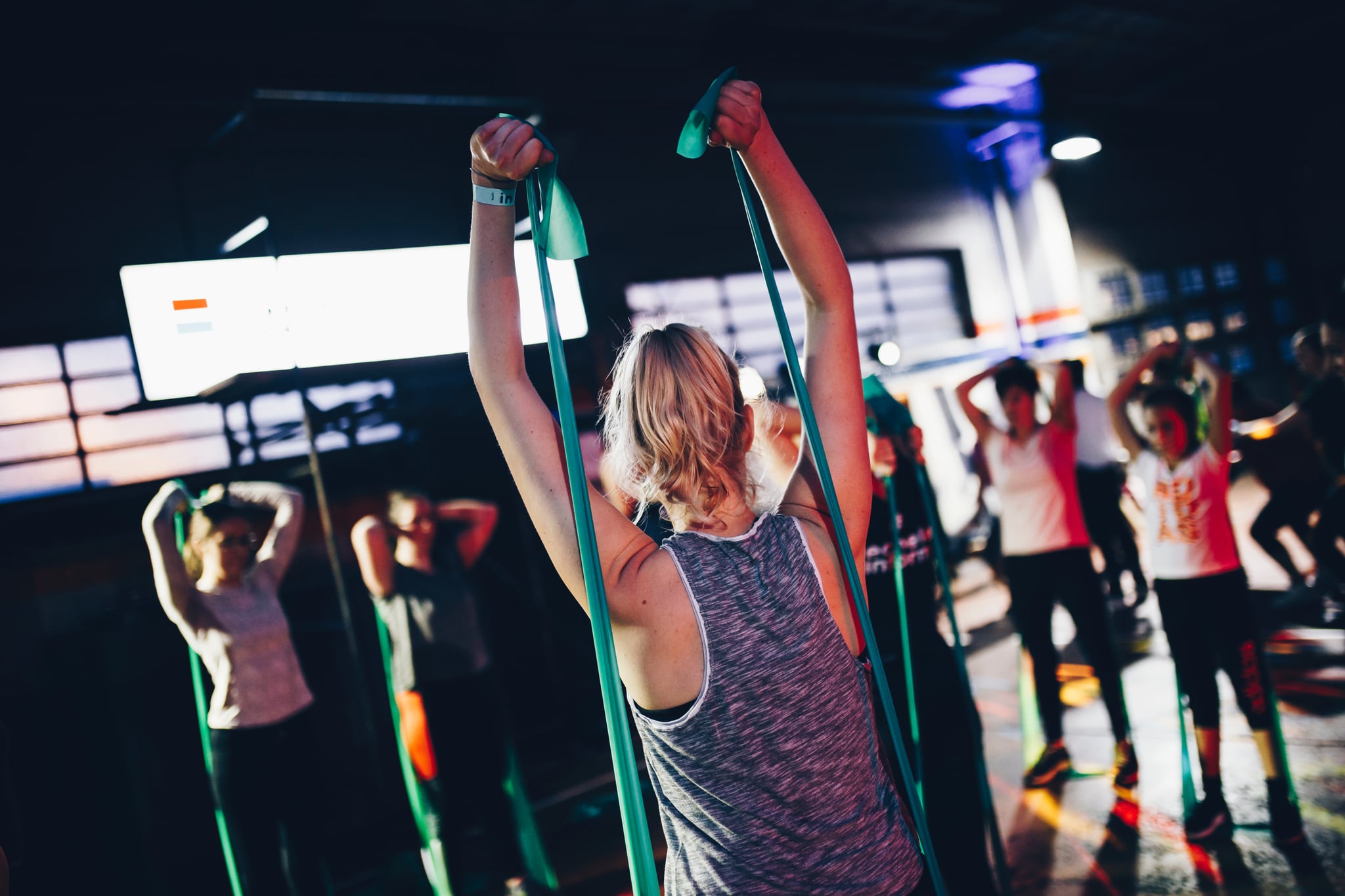 Fitness classes have always been a great way to learn how to get in shape. Sometimes it can be easier to stay motivated if you have people around you to get through the same class.

Other gym-goers give you motivation and great advice, but they can also give you something else . . . unknowingly.

With everyone rushing around and trying to keep up with the electronic pop music, you don't even realise that you are touching everything in the class. All of the equipment you use, especially with circuits, does not get cleaned in between sets. Bacteria can be lurking in any space of the class.

We as humans carry a lot of bacteria without even knowing it. Every day we come into contact with a lot of germs just by walking out the front door. It doesn't mean that we are dirty, but it does just mean that it can be hard to avoid at times.

EllipticalReviews.com did a study and swabbed equipment from four of the most popular fitness classes: barre, CrossFit, Spin, and hot yoga. Their study revealed that Crossfit and hot yoga were by far the dirtiest, in terms of bacteria terms, whereas barre and cycling were not as bad.

They measured swabs for each class in colony-forming units (CFU), a measure of the volume of microbes in a given sample. They gathered three separate swabs from each class and averaged CFU totals to determine a single representative number. Then, they compared the average for each class against a pretty repulsive reference point: the number of CFU on the average toilet seat. Gross.

It makes sense: in the higher percentage bacteria classes, participants are constantly on the move and switching up equipment. There is no time in between 30 burpees and 10 chin-ups to take the spray and a towel and wipe everything down. It would be cleaner, but the class probably wouldn't have as high of an intensity.

As for the hot yoga mats, well . . . let's just say they are far dirtier than a toilet seat bowl.

Even after being wiped down, they just seem to be hotbeds for bacteria! If you bring spray and disinfectant to use on your mat before class, I don't think anyone would judge you.

There is not one class at the gym that doesn't have bacteria. But there are some who clearly don't have as much. Cycling and barre keep participants in their own personal space for most of the time, so the spread of bacteria isn't impossible, it's just not as bad.

Not all bacteria is totally bad. You hear the word, and you think the worst. You should be worried about some for sure, but not everything is worth getting worked up about.

However, you should be more aware of what kinds of bacteria you're coming into contact with. The study found that, on the CrossFit barbells, 47 percent of bacteria were bacillus, which can either aid or injure humans. But 31 percent were gram-positive cocci, which are associated with skin infections and diseases like pneumonia.

They also found that hot yoga mats had an even greater proportion of these pernicious pathogens, with 52 percent of bacteria registering as gram-positive cocci. It makes sense to use the floor than the mat in some cases.

Although barre wasn't as bad, there is still some harmful and pesky bacteria up in there. Some of the bacteria found can lead to respiratory problems. Yikes.

What can you do to prevent getting sick from bacteria at your gym classes, all while continuing your efforts to get in shape? For starters, wash your hands right after class. The recommended allotted time is at least 20 seconds. Wipe down equipment before you use it, not just after.

Molly Given is a writer living in Philadelphia and lover of all things to do with mystery and magic in life. When she's not writing her fingers off she can be found planning her next adventure in a new part of the world.

Charlee Atkins Plan
Sculpt Your Body From Head to Toe With This Scorching, No-Equipment Strength Workout
by Colleen Travers 5 days ago

Charlee Atkins Plan
Want Stronger Arms and a Toned Core? This 20-Minute Circuit Can Help Get You There
by Colleen Travers 5 days ago

Kayla Itsines
Sweat Now Offers a 10-Week Pilates Workout Program, and You Only Need a Mat
by Christina Stiehl 6 days ago