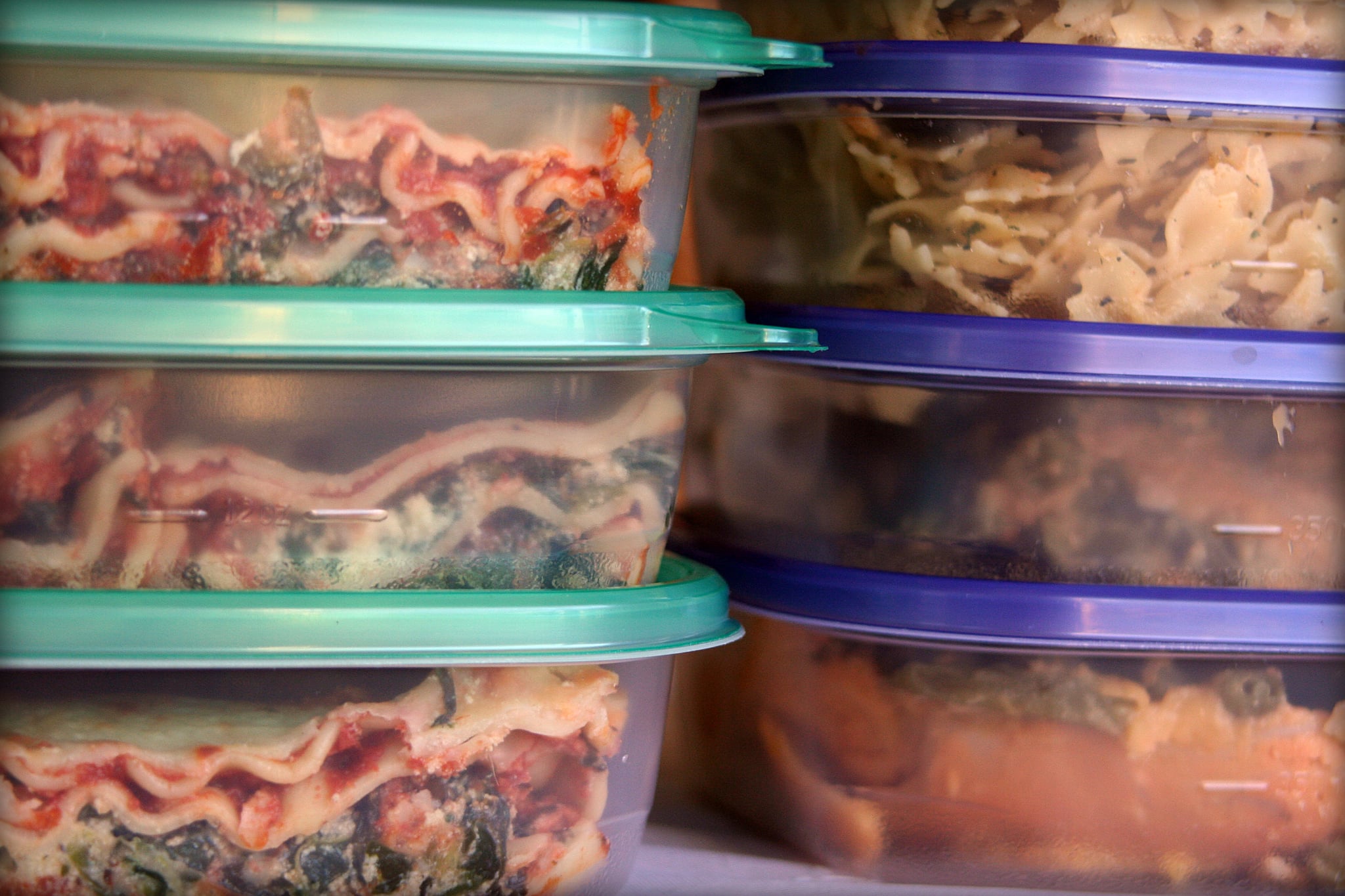 Whether we're reheating last night's leftovers or popping some popcorn, the microwave is a way to eat something hot and fast. But the way we microwave sometimes gives us reason to worry. There has always been a concern about using plastics (either wrap or containers) in the microwave because of potential toxins that when heated could leak, subsequently contaminate food, and be harmful when ingested.

"Some of the initial concerns regarding this surrounded dioxins, which are highly toxic compounds released when trash is incinerated and can lead to reproductive issues and even cause cancer," said internist Dr. Matthew Mintz. However, plastics do not contain dioxins. Plastics do contain two potentially harmful compounds: bisphenol-A (BPA), which is added to make plastic hard and clear, and phthalates, which make plastics more pliable and soft. "Even without heat, there is some concern that plastics that come in contact with food or beverages for a long period of time can be dangerous, which is why there are so many BPA-free bottles now available on the market," Dr. Mintz said.

Related:
21 Simple Meal Prep Combinations Anyone Can Do

"Microwaves use short waves of energy, which mostly affect water molecules, causing them to vibrate back and forth creating thermal energy and, in return, heat," said internist/pediatrician and EPITOMEDICAL's chief medical officer and founder of the Vedius app, Dr. Constantine George.

The heat we use to cook or warm up food breaks down nutrients on a cellular level, so cooking foods at the proper temperatures for a shorter amount of time is key to preserving those nutrients. "Overheating or overcooking certain foods can break down and remove the desired nutrients (vitamins, antioxidants, etc.) and 'good stuff' from food," Dr. George said.

"There is controversy over a group of compounds called heterocyclic amines (HCAs) and polycyclic aromatic hydrocarbons (PAH), which are typically found in meats such as poultry or fish that have been cooked at high temperatures," Dr. George said. "HCAs and PAHs have been shown to cause changes in DNA, which can increase the risk of cancer." However, higher levels of these chemicals can be found in food that has been cooked over a flame such as grilling, broiling, or barbecue. Avoid prolonged cooking times when reheating food to decrease your chance of consuming these potentially harmful chemicals.

Related:
21 #MealPrep Ideas That Are Anything but Boring

"Exposure to phthalates has been associated with fertility issues, and when developing fetuses are exposed to BPA, developmental issues and certain disease (diabetes, heart disease) have been seen," Dr. Mintz said. BPA is now banned for use in infant bottles and cups. However, there is no definitive proof that exposure to plastic-contaminated food (microwaved or not) causes serious adverse affects in humans.

Fortunately, the FDA regulates and rigorously studies plastics so that any plastic product that says "microwave safe" appears to be safe for normal usage. "There are several plastics that are known to be at risk for BPA and phthalate food contamination when heated in a microwave: plastics marked 3 (PVC or vinyl), 6 (polystyrene foam), or 7 (other, can contain BPA) on the bottom," Dr. Mintz said. These types of plastics include takeout containers, condiment squeeze bottles, and water bottles.