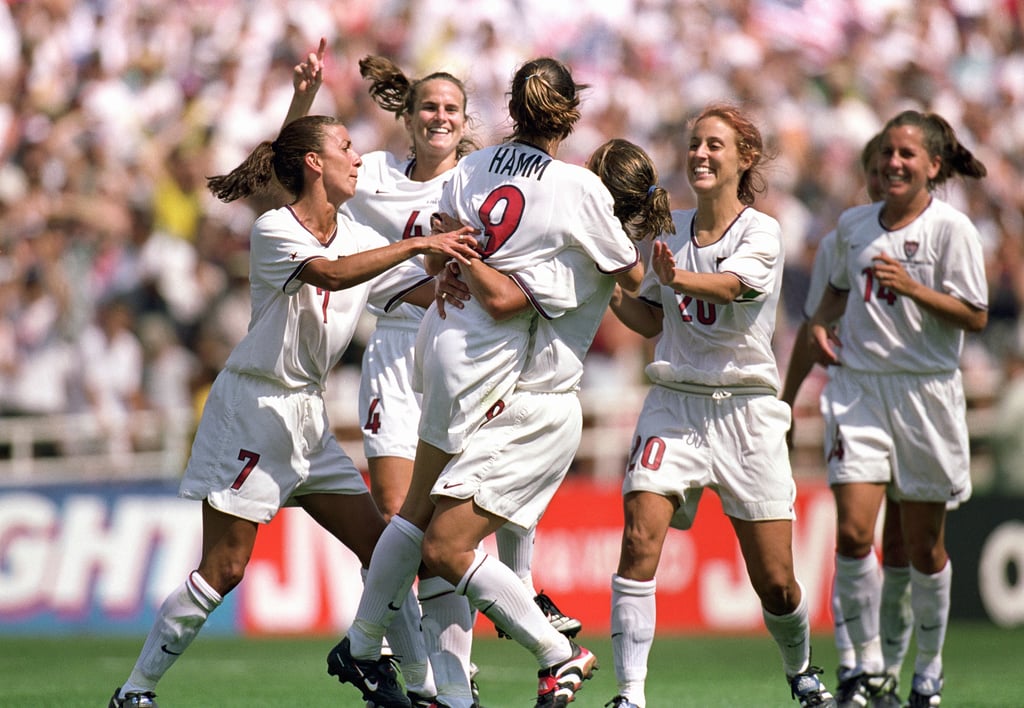 Before the 2019 Women's World Cup, Revisit the Biggest Moments in USWNT History

It might seem like the US women's soccer team (known as the USWNT) has been dominating the field for eons — and you're not wrong to think that they've made a mark on the sport — but in truth, the team has only been in the international field for a couple of decades. Afterall, the first women's world cup only happened in 1991.

While the US team has had its ups and downs (it's soccer!), it has also been part of more than a handful of memorable moments in soccer history. It's hard to narrow down to just a few highlights of some of the sport's biggest names, from Mia Hamm to the current crop of talented athletes who are ready to lead the team at the 2019 FIFA Women's World Cup this Summer in France, but that's just what we've done. While you wait for this Summer's tournament to start, revisit some of the brightest moments of the US women's team.