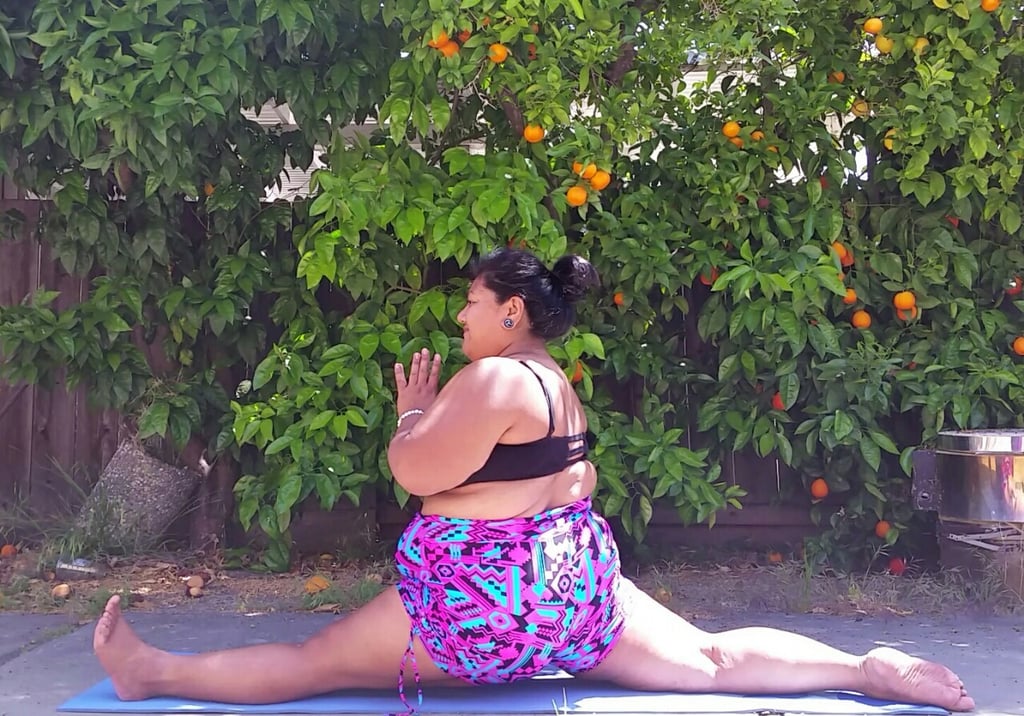 You've probably heard the term "yoga body" carelessly thrown around within the fitness community. People sometimes use those words to refer to the corded, willowy physiques frequently spotted around vinyasa studios and Lululemon stores . . . but as any yogi knows, there is no one "yoga body." Unsurprisingly, the unfortunate habit of referring to one specific body type as a "yoga body" leaves out those who don't fit the mould — it sometimes even discourages people from beginning their own practice. But thanks to body-positive yogi Valerie, better known as Big Gal Yoga, more people are realising that anybody can practice yoga (and look good doing it).

"Through my own yoga practice, I've come to love my body, and accept it as it is now," says Valerie of her increasingly popular yoga practice, which she documents on Instagram and through her website. "My practice has also given me the strength to get over the mental hurdle of my own self-doubt when it comes to enjoying the fun and beautiful things in life." The plus-size yogi, who is active within the San Francisco Bay Area yoga community and strives to become a yoga teacher herself, has amassed over 65,000 social media followers who adore her inspiring message. Her transparency about her body and willingness to share her yoga practice with others has inspired followers to begin yoga on their own.

"Through my visual yoga practice, I have inspired many people like myself: the fat, curvy, chubby, plus-size, large women of colour," writes Valerie on her GoFundMe page, where she is raising funds to attend yoga teacher training next year. Aside from her own passion for yoga, Valerie seeks her instructor certification to "help encourage the people who never thought they could try yoga because they believed they had to look a certain way in society's view."

Her uniquely honest and enlightening approach to practicing yoga is something that we need more of, especially in such an appearance-focused world. Scroll on to see some of Big Gal Yoga's best social snaps, and any perceptions of a "yoga body" will disappear from your mind. 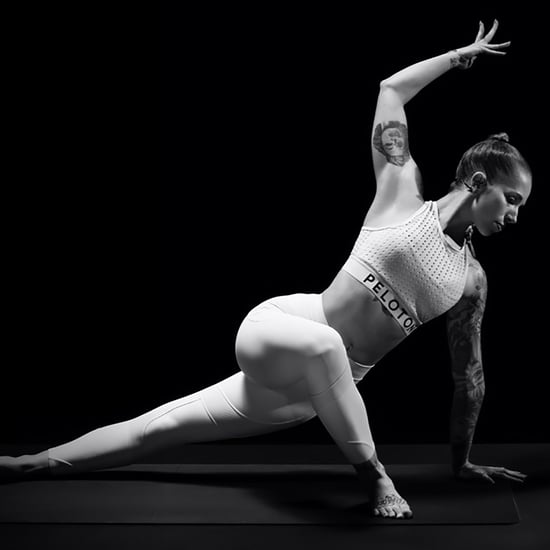 Peloton
Can't Live Without Your Peloton? You'll Love What the Relaunch of Peloton Yoga Has to Offer!
by Jenny Sugar 21/4